AN ACHING HEART SPEAKS OUT TO HELP OTHERS 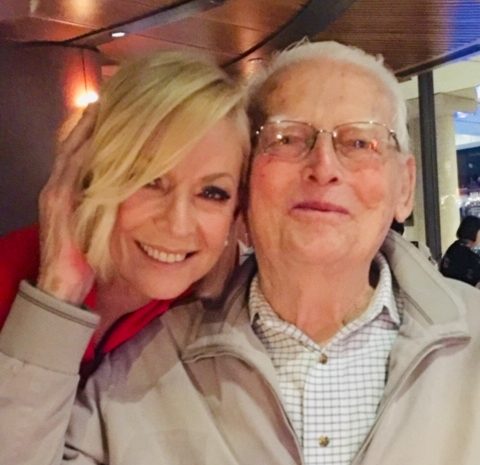 Liz and her Dad

A personal tragedy affecting two women, and possibly many others, has led them to bravely speak out on TV in the hope no one else loses a loved one unnecessarily in our rural hospitals.

For those of us who observe and comment on the world around us, the horror of having a loved one become the subject of a story we cover, is our worst nightmare.

And for respected television journalist Liz Hayes, from Channel 9, the horror is now real, when her beloved father died after suffering a catastrophic stroke while in the Manning’s Mayo Private Hospital.

Liz revealed her father had not been given his prescribed anti stroke medication during his entire stay in the hospital.

Liz’s heart wrenching report on 60 Minutes has stunned and shocked Australia, but for those working in the rural health system, it may not have come as such a surprise.

For years some medical and hospital services in regional and rural Australia have complained of being downgraded, unsupported and underfunded. Regional hospitals like Port Macquarie, Dubbo (which received a $450 million upgrade) and Maitland to name a few, put Manning Base Hospital in the shade.

Manning Base Hospital is part of Hunter New England Health. The chief executive is Michael DiRienzo who oversees a budget of more than $2 billion. It’s a lot of money and even though Manning hospital is slated to receive a total of $140 million in improvements (the majority of which it’s still waiting for) it struggles with under resourcing and staff shortages.

It’s argued by senior medical staff that this dribble of funding to Manning Base Hospital is totally inadequate and fails to address the lack of essential facilities, which they say is a major reason why health professionals are not inclined to move here to work and live in the area.

Former Port Macquarie politician, Rob Oakshott, has experience in lifting rural health services. Oakshott is training to be a doctor, but before embarking on his medical career, as the local representative he helped raise the bar by bringing all parties together to come up with a strong local health plan.

He says it’s about empowerment. If the community along with health professionals, interested parties, public and private, as well as politicians can to sit down together, Oakshott says, often the result is an agreement for a plan that governments should find very hard to shut down.

Perhaps it’s an idea State and Federal members, Dr David Gillespie and Mr Stephen Bromhead might like to explore. Certainly, the district has a dedicated community Hospital Action Group.

While we wait and wait, there is some light.

Following allegations lives are being put at risk because of widespread dysfunction in country hospitals, a NSW parliamentary inquiry has been announced which will investigate the state of rural and regional healthcare.

The commission will be taking submissions from the public. It’s an opportunity for those who’ve had unfortunate experiences in our rural health system, to speak up.

Bryan Ryan was a proud and trusting rural man who spent his entire 88 years living and loving life not too far from the Manning River.

But in early September last year, that inherent country trust of his, was betrayed and within days his life ended.

In her opinion piece written for Sydney’s Sun Herald, Liz says,  “In late August dad was admitted to the emergency department of Manning Base Hospital suffering pneumonia.

We, his family, were worried but pleased that he was now in the hands of medical professionals. What we didn’t know was that in a rural hospital, be it public or private, basic health care is not always guaranteed.

Dad’s faith in, and reliance on, the rural health system was ultimately shattered.

That first night in the emergency department dad received an overdose on one of his regular medications despite dad having with him his prescribed pills carefully laid out and labelled in a Webster pack.

His heart certainly didn’t like the double dose he received. But soon dad, ever the fighter, recovered and not long after, so too did his infected lungs.

He continued his recuperation in the local private hospital the Mayo. We cheered him on and watched his appetite grow. But there was a darkness lurking.

On the night of Saturday, September 7, just a few hours after I’d said goodnight, dad suffered a catastrophic stroke. He was rushed back to the Manning Base Hospital.

I watched my dad struggle for life. It was traumatic and overwhelming.

As I sat by his side, from out of nowhere came a doctor from the Mayo Private Hospital. The doctor asked if there was anything I needed to know. I couldn’t imagine what more there would be. I thanked the doctor and said how lovely it was that they had taken the time to check on dad.

But that wasn’t the doctor’s primary mission.

I would find out much later that the doctor was delivering information that would forever haunt me. That the vital anti-stroke tablets dad took for a heart condition, atrial fibrillation, had never been given to him during his entire eight-day stay in the private hospital.

Dad’s medication hadn’t been properly charted upon his admission. Put simply, it wasn’t written down.

It was confirmed after what’s called a Root Cause Analysis, an investigation the hospital was required to do when there is an unexpected death.

I couldn’t quite believe it.

But then on closer inspection I also couldn’t believe that this was a rural private hospital of 79 beds that usually had just one doctor on the wards. And when the lights went out, so too did the doctor.

The only requirement was for the doctor to be on call and no more than 20 minutes away.

I was soon to learn that this was not uncommon in rural areas.

There are hospitals in country Australia that can spend days without a doctor at all.

Standing in a curtained off corner in the emergency department of the Manning Base Hospital, I caught my dad’s eyes. He knew something had gone wrong. And my attempts to pretend otherwise I’m sure didn’t fool him.

I was shattered when dad died on September 11. A date that before had marked the dreadful attack on the Twin Towers in New York.

It’s now a date that will forever remind my family of our own personal tragedy.”

As a very private person it was extremely brave and altruistic of Liz Hayes to go public with her story, but she, along with others, including myself, thought it could raise awareness to a level where something might finally be achieved in supporting and improving our two hospitals. Let’s hope this is the case.