LIVING AT THE EPICENTRE OF A PANDEMIC 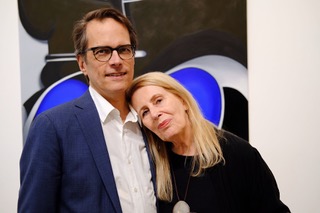 It is almost impossible to believe that I have lived through this, to have been in this place at this time, witness to what is arguably the most profound tragedy to ever to befall New York City.  In a matter of weeks the city of Broadway, great museums and the endless engagement on the streets that make this place so unique has turned into a ghost of itself, where sirens scream endlessly through empty canyons, there’s a field hospital in Central Park and refrigerated trucks full of bodies in suburban streets remake the landscape of death in a city that once prided itself on the fact it never slept. What 9/11 and Sandy failed to do, the vengeful coronavirus has brought the Big Apple to its knees.

The city’s streets are mostly deserted, at least in Manhattan. Those who have second homes have fled to them, sometimes taking the virus with them to the Hampton, or the Hudson Valley, while those of us who are left behind figure out how we are going to continue to survive this.

My partner, Chip Rolley, and I have been living here for about three years, drawn back to this city we love and where we first met in the late 1980s, by a job offer for him to run a prestigious international literary festival. We live in Dumbo, a waterfront neighbourhood of former warehouses and factories, on the Brooklyn side of the East River, that is now a sought-after residential area as well as being part of the Brooklyn Tech Triangle, home to dozens of startups as well as mature tech companies that employ thousands.  Before the lockdown, hordes of tech workers would pour off the F train each morning, spilling into streets that could be as crowded as Manhattan’s.

That’s not happening now. The streets of Dumbo are quiet and social distancing is easy, even when food shopping. Which is just as well because we have no option but to go out to buy our food, several times a week.

At first we’d felt insulated, safe. We are lucky, we told ourselves. Able to work from home, no kids to school or schedule, an apartment large enough so we could work in separate rooms, and a big window with views over the river and the city and lots and lots of sky so we don’t go stir crazy. Unlike so many others, cramped together in small spaces, this was not a hardship for us. Nor did we think we were at risk but then the virus took off.  In one week, at the end of March, the city’s death toll rose from 99 to 1000.  A few days earlier, the doctor we’d had dinner with on March 4 described for New York magazine how his hospital had been overrun with cases.  He had a refrigerated truck outside his window, to take the overflow of bodies. Later, he himself tested positive although fortunately it was a mild case and he has recovered.

And it was no longer just New York. In late March, the US passed China as the country with the most confirmed cases. This was now a national crisis, in a country whose President was utterly unable, and unwilling, to grasp what needed to be done.

Chip and I were now worried, even scared. For ourselves, and for the country. We did a hospital-grade sterilization of our apartment, and began a protocol of disinfecting all shopping, mail, Amazon packages, keys, money and credit cards. Every item. No exceptions.  For a time, we were checking our temperatures several times a day but, apart from a scare one day when he had a fever but no other symptoms, we remain healthy.  We wear masks whenever we leave the apartment. They are supposedly mandatory now, but this is widely ignored. These people are presumably being infected by their own families, irresponsible children or grandchildren who won’t wear masks because, being young, they claim immunity, not understanding that they can contract and spread the disease without ever exhibiting any symptoms themselves.

We can sterilize our living quarters, our food and our belongings but how do we sterilize the politics of this demented country?  We stay sane by watching Governor Cuomo’s daily press briefings. He has risen to occupy the leadership void created by Trump’s incompetence, and the theatrics he brings to the daily performance shows that he relishes this.

Cuomo and Trump are quintessential New Yorkers. Both from Queens. Both from the tough schools of their fathers but, as Maureen Dowd pointed out in an insightful New York Times profile recently, “Donald Trump got his start with his father discriminating against black tenants in their housing complexes; Andrew Cuomo left his job as a political enforcer for his father, Mario Cuomo, also a three-term governor of New York, and created a national program to provide housing for the homeless.”

Cuomo knows how to comfort, and how to calm. This week he has been talking us through how the state will learn from the coronavirus to develop better telemedicine, remote learning, improved test and tracing and how to harness technology to give us a better economy tomorrow.

Trump is utterly incapable to conducting such a conversation with voters. We had to stop watching his nightly press events; it was simply too disturbing to endure the non-stop lies, deceits and, like the recent rant about injecting disinfectants,  instances of sheer madness.  Millions were watching each evening which Trump saw as “ratings” and a mark of approval. Until his poll numbers took a dive and his advisors convinced him to stop. Now he back touring the country, refusing to wear a mask, encouraging people to leave their homes and risk infection in order to get the economy going. He thinks that is the way he can be re-elected. His extreme narcissism, his lack of empathy and his inability to show sympathy or grief are well-known but that does not make them excusable – or bearable.

“We are your future,” Governor Cuomo said during his March 24 press briefing, referring to the rest of America. “We are the canary in the coalmine”. That prediction is likely to be true, but the outcome might be even grimmer than Cuomo could have envisaged.

Rather than put an end to the virus, the northern summer could see it spiral out of control in those American states that have abandoned public health policies in favour of restarting their economies. In New York it will be tough to maintain social distancing as the weather warms up and people long to be out of doors. Cuomo has warned several times that in 1918 there was a second wave of the Spanish flu and it was more deadly than the first. He’s relying on fear to keep us compliant.

We have to hope he succeeds because we cannot leave with transport options to Australia severely limited.  So we will continue be vigilant, to be “New York tough” as Cuomo likes to say, and hope that we continue to be lucky.

(Anne’s latest book is her memoir “Unfettered and Alive” Allen & Unwin. A version of this article first appeared in the Australian Financial Review on 9 May 2020 and is reprinted with the persmission of the author.)