STINKER LOOKS BACK AT THE “OLD DAYS” 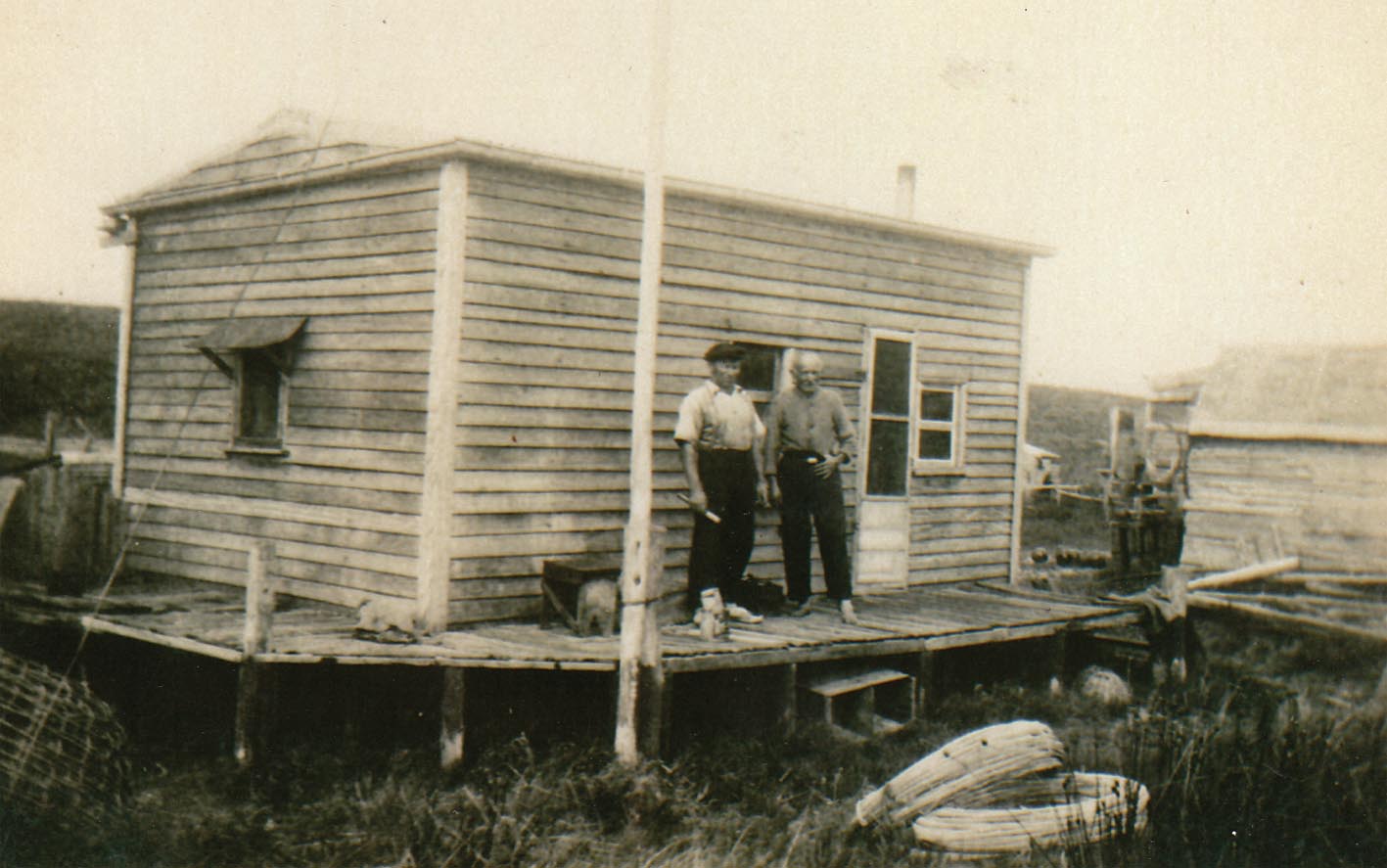 Jack was a Danish sea man who settled in Nelson Bay in 1915 and worked a trawler, the Viking. During the lobster season he moved in with a group of Greek fishermen who had established a small settlement behind the sand dunes on the north side of the island.

Uncle George was the ‘chief cook and bottle washer’ who did all the chores for the Greek fishermen, tidied the huts and prepared their meals.

Both men spoke very little English yet played a significant part in the stories told about the early days on Broughton Island.

The hut was “owned” by Nick Catsicas. Many who live in Lemon Tree Passage will remember Nick’s son Max, a highly respected member of that community.

Unfortunately, the Greek huts on the island were burnt to the ground on two occasions, the first time being 1920. The photo was taken prior to the second fire in 1939.

If you have any old photos and relating stories, that you wish to share, please forward them to me. Many thanks!