Maybe the horse will talk 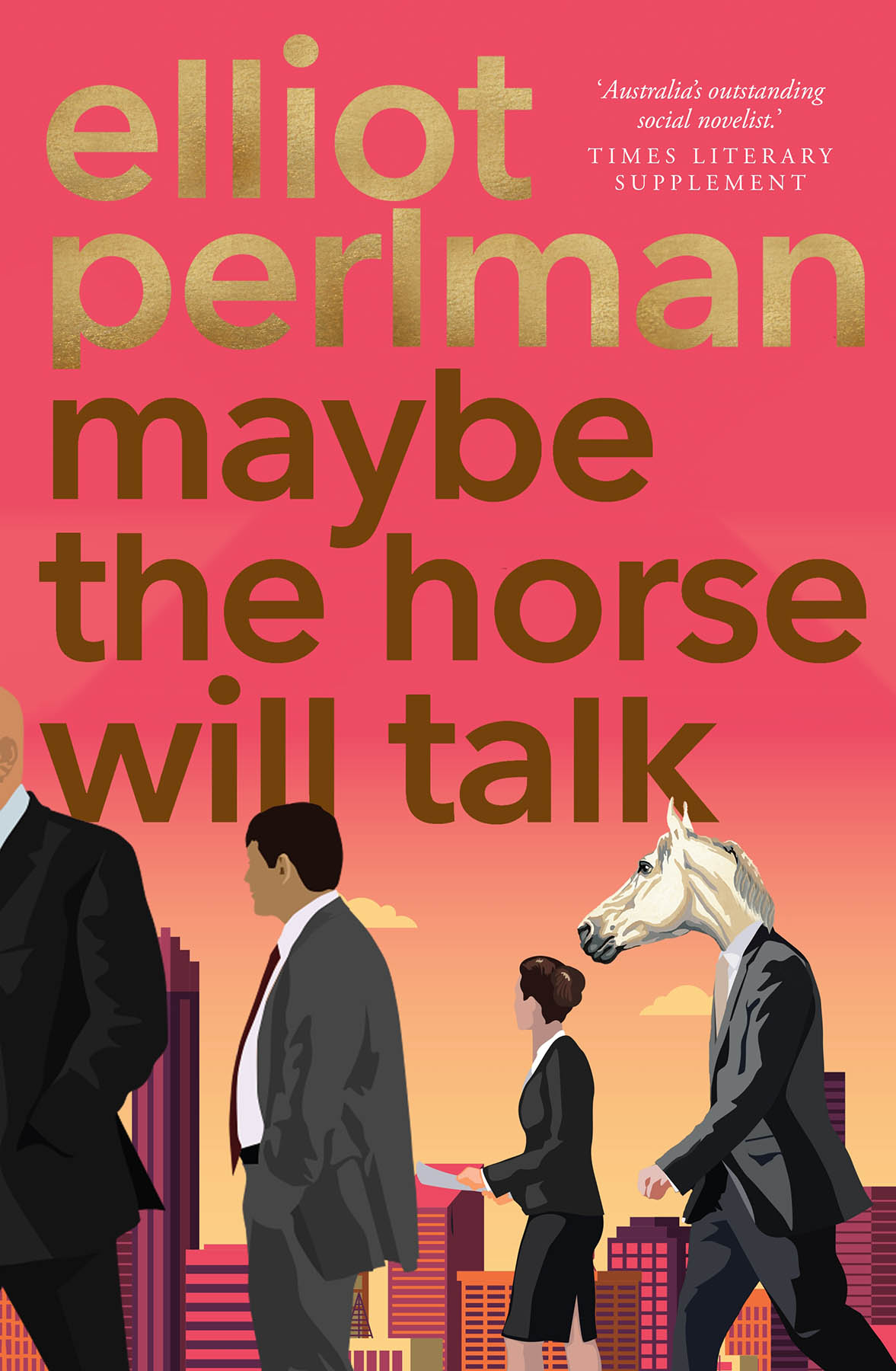 This realisation came to Stephen Maserov when he woke suddenly at around 3.30 one Wednesday morning. He wondered whether any of the other second-year lawyers who also worked at the prestigious commercial law firm, Freely Savage Carter Blanche felt this way.’

So begins this very amusing, very clever book by Australian author, Elliot Perlman, about whom the Washington Post said, ‘Elliot Perlman is the classic of tomorrow’ – high praise indeed, and he has even been compared to Dickens in the range and scope of his writing.

This is a book about corporate greed, sexual harassment, bullying, corruption and intimidation in the workplace. The fear that workers have of ‘being passed over, or frozen out, overworked, under-utilised, humiliated, being fired, and ultimately unemployed.’ Serious subjects? Definitely, but handled here with gusto, wit and perception.

Perlman’s hero, Stephen Maserov is separated from his wife and two children, but he’s supporting them all and trying to pay off their house, so he is desperate not to lose this job he hates. His boss, the fearful Mike Crispin Hamilton, doesn’t like him and makes his working life at the law firm as difficult as possible.

In a desperate attempt not to get fired, Stephen somehow corners Malcolm Torrent, chief executive and owner of his firm’s top client, construction giant Torrent Industries. In a very funny scene, Stephen convinces Torrent to allow him one year to make four sexual harassment claims against the company to go away. The dialogue in this book is wonderfully sharp – skewering pretention at every turn.

In an earlier life, Perlman was a lawyer and he brings his knowledge of the way some law firms work into full play here – young lawyers working ridiculous hours for fear of not making enough ‘billable hours’ for their firms and for fear of being shown the door. He also shows an excellent understanding of the effect sexual harassment in the workplace has on women- reluctant to come forward to management ‘because they’d know that their allegations would be buried, ignored, and they might even suffer on account of having made them’. He goes on to mention how much women are talked about by men in the workplace – their clothes discussed, her appearance, even her body shape; ‘unwanted, unasked flirting and her reaction to that…offers to trade sexual favours for career advancement.’ Often bullied and intimidated.

The curious title of the book refers to an old fable about a king who decides to execute his court jester who no longer amuses him, so to save himself, the jester tells the king of a special trick he knows of. He says he will make the king’s favourite horse talk by the end of the year, the idea being to give himself a year to change his circumstances– exactly what Stephen Maserov hopes he has managed for himself.

And does it all turn out well in the end? That would be telling…Read it for yourself and enjoy!