PRODUCING FOR THE SCREEN – A HANDBOOK 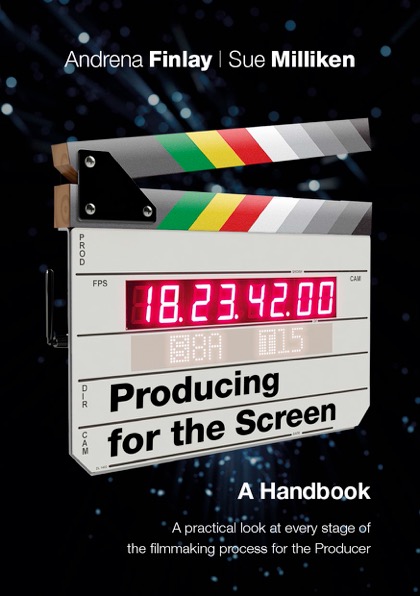 by ANDRENA FINLAY and SUE MILLIKEN

What does a producer do? The short answer is, without a producer there is no film.

Two of Australia’s most experienced producers, ANDRENA FINLAY and SUE MILLIKEN, have collaborated on a handbook about producing for the screen, encompassing all the stages of feature film production: from the initial idea, development and financing to production, distribution, marketing and launch. Finlay and Milliken between them have produced over 30 feature films, television dramas and documentaries, are winners of numerous prestigious awards, and have had films in official selection in most of the world’s major festivals.

Designed for the emerging screen practitioner, it draws on their extensive career knowledge and experience to demystify and illuminate the often complex processes of producing, with a practical look at every stage of filmmaking, as follows:

* Introduction, including outline of all producing roles.

* Development – discovering the idea, writing the screenplay, evolving the project.

* Financing and Distribution – distributors and sales agents, financing and recoupment, the contractual labyrinth, and completion guarantee.

The 232-page handbook is available now in paperback and on 11th February as an e-book.

Available to order from www.screenabc.com, Amazon and iTunes.