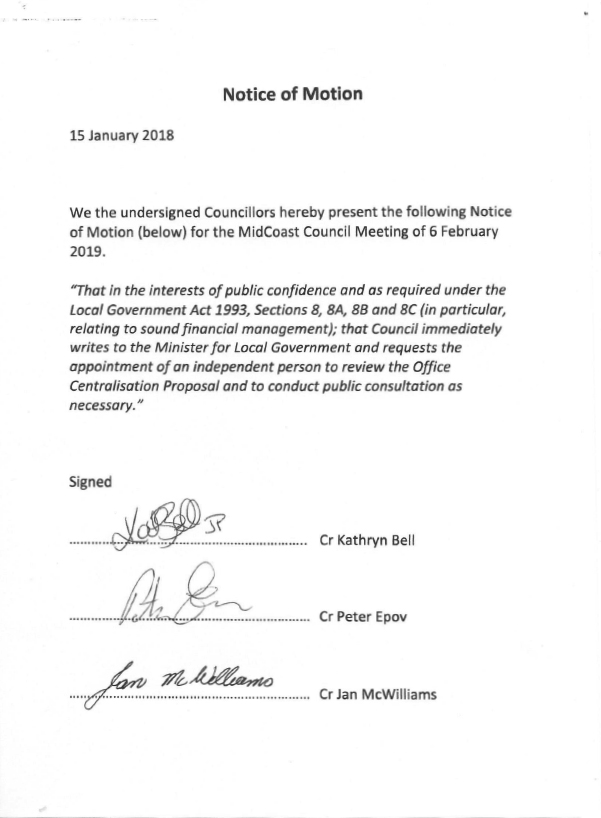 Cr Peter Epov submits the following ‘Questions on Notice’ for the MidCoast Council Meeting of 6 February 2018.