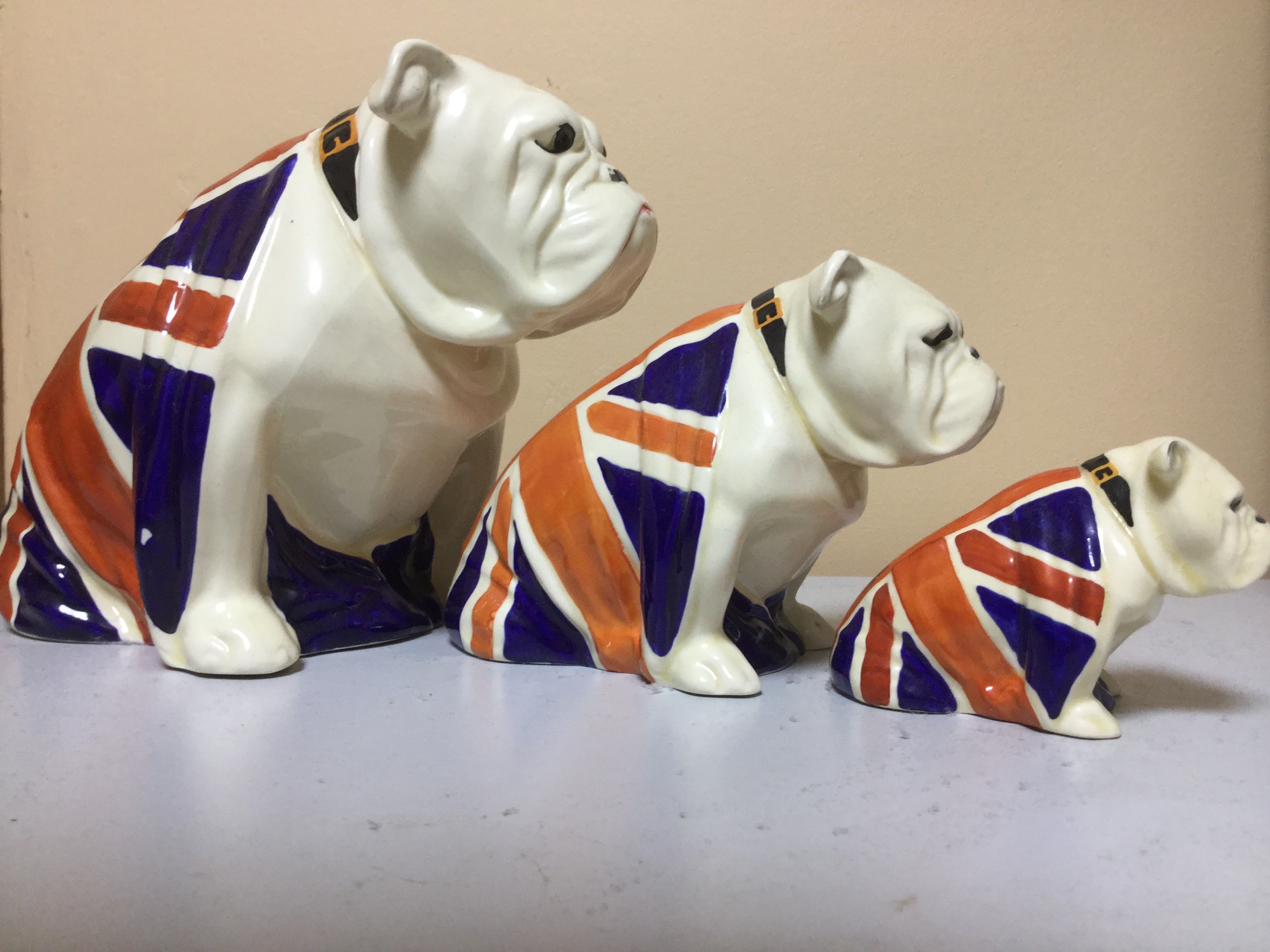 Collect the past and invest for your future

What an interesting month. We have done a bit more travelling to Newcastle and Scone, with each destination bringing finds that have added to our collection. All trips very enjoyable!

Also, this month, sport has been amazing with the soccer World Cup, Le Tour de France cycling, and tennis at Wimbledon. Many entertaining and enjoyable late nights!

The James Bond series, written by Ian Fleming, has been a favourite for collectors, with an original book (First Edition) Casino Royale selling for over $10,000. Keep your eye out.

A while back, Jen and I went to see Skyfall, one of the latest Bond movies. In this movie “M” dies. On her desk, she keeps a British Bulldog, made out of porcelain, and draped in a Union Jack. Many years ago, we were lucky enough to find an original 1940’s version of this same dog.

These dogs were made by the Royal Doulton Company, and came in three graduated sizes; large, medium and small. The ceramic versions of the bulldog were created during the Second World War, and featured flags and hats representing the army, navy and air force, honouring the bravery and determination of military personnel, and the UK’s Prime Minister, Winston Churchill.
Royal Doulton’s version was called Jack the Bulldog, and was famous for this cameo role in Skyfall. He is returning to the screen once more. Jack survived a traumatic explosion with little more than a few cracks to his face, and some charring to the union Jack flag draped over his back. Bequeathed to Bond by ‘M’, he now makes an appearance in the new James Bond movie SPECTRE.
To mark his role in the film, Jack was given the reference number DD 007M.

Sad to hear, recently, that Belle and Neville are pulling the pin at “The Old Cinema Antiques”, in Pulteney St, Taree, so they can enjoy some leisure time in retirement. They are having a “Clearance Sale”, so you may wish to visit. Thanks to both Belle and Neville for a great shop that always has a wide variety of wares.

Happy hunting for the month!

I recommend collecting to all. Find a category that suits your interests, take the plunge and collect a variety of unique and interesting treasures, or limit yourself to just one area. It is always fun.

If you have items you are not sure of, I may be able to help with information, appraisals and/or sales. I love the history and stories of old and interesting items. Phone Rex – 0427 880 546.