Wingham revisted… A year on 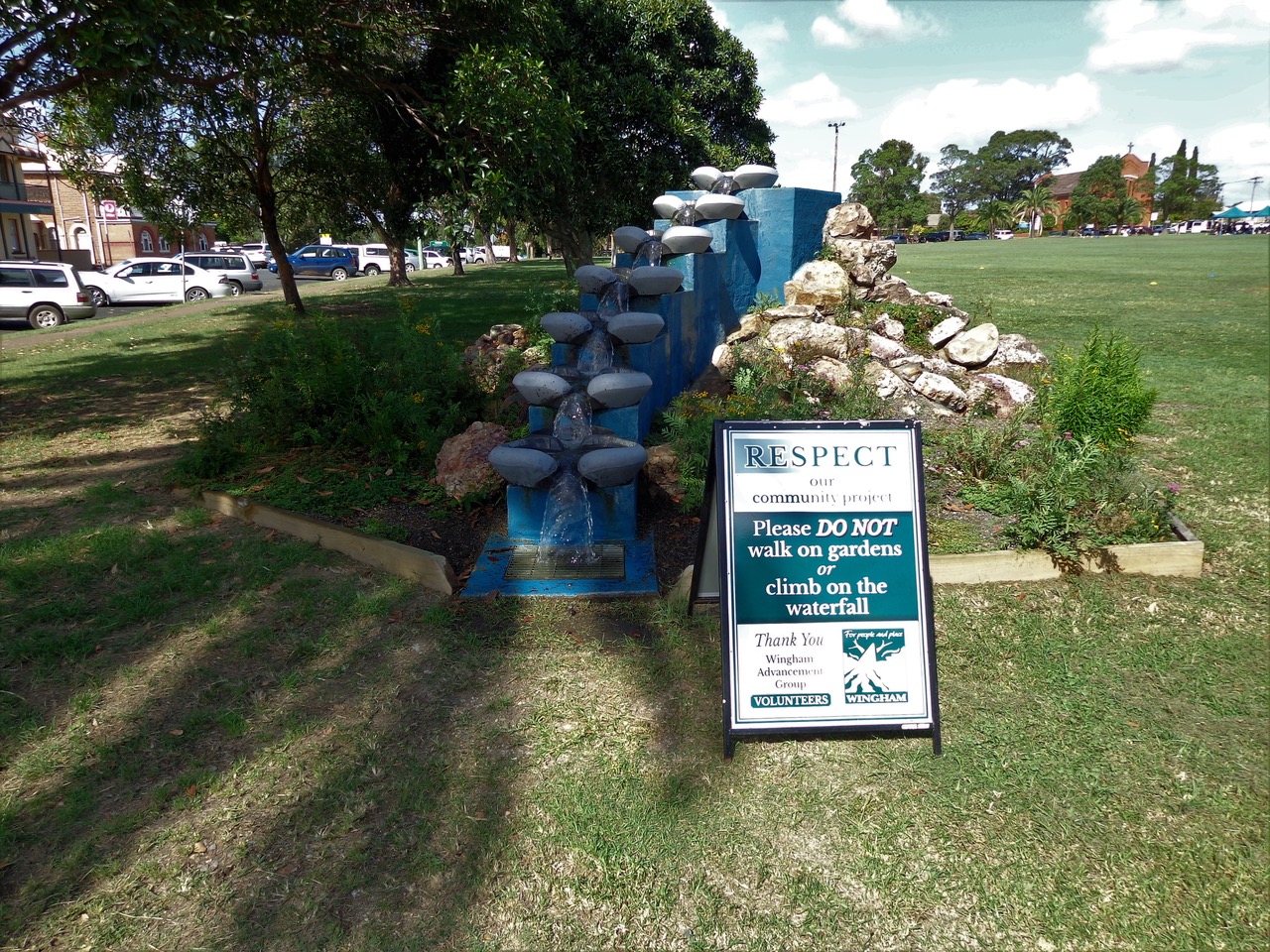 Oh dear, Winghamites are still wondering where the grant money of $50,000 went, that was meant to beautify the town.

Well, this was all explained in this newspaper in June 2017 so, if you haven’t noticed the planter boxes (now thankfully being used for their intended purpose, and not as trash bins), you haven’t been paying attention.

As we wrote here in June a year ago…  “Wingham has been tossed some crumbs to remake itself. A $50,000 grant to the Chamber of Commerce to beautify the town won’t go far, especially after the inevitable consultants were brought (presumably expense free) from Sydney, and paid thirty thousand dollars out of the pot of fifty thousand, to come up with ideas. (They did donate ten thousand back after being here.)

The initial invitation from the Chamber was for “business types” to come and throw around ideas. Later, the humble community was invited to provide input. There were some good ideas. One, from a now-resident Sydney architect, was to use 50% of the funds required to paint/restore the more rundown shop-fronts  with owners/tenants paying the other half. Not an exciting suggestion but, as it would effectively double the funding, it would have a greater impact on the quality of the Wingham street-scapes. One idea went further, to seed the cost of hiring a movie-set-type designer to façade the main street like they do for period movies, to make it look like the grand old days of Wingham. Another idea was to use the money as seed capital to fund/design/build a properly exciting and imaginative children’s playground.

Another was a bandstand in the park for concerts, kids’ bands, and entertainment from local musicians, and more comfortable seating around the park for watching sports, and for older citizens to enjoy the sunshine and conviviality. However, it seems that all Wingham can afford will be some planters, maybe a tree or two (scarcely the wonderful arborium of plantings that would look spectacular) and some seats along the street.

What happened to the ideas to cover the sewer lid of a roundabout at the bottom of Isabella Street? That could be planted with beds of seasonal flowers, as they do in Byron Bay. Perhaps we should all learn to be consultants, sounds more profitable. . .” MCN June 2017

So here we are a year down the track, and little to show for it, and a lot of hand-wringing and whingeing.

What we do have is a scheme to turn the beautiful Wingham Brush Nature Reserve into a congested camping ground, against all original advice and plans from National Parks and Wildlife Service.

And, meanwhile, there are two nice seats (one appropriately dedicated to local stalwart Alan Carlyle), and the planter boxes. We are told some murals are planned,  thankfully to be supervised by Manning Regional Art Gallery.

What we DON’T want are unapproved “art” installations being  erected  or “donated” to the town like the inappropriate bedpan fountain at the entrance to our classical central park.

Will Wingham reclaim its crown as the Heritage town, with graceful old buildings, ( with that ugly cement box of a medical centre, which should never have been approved, somehow facaded),  shady trees,  hanging  baskets of flowers and plants galore, and a vibe and a friendly feel, where locals stroll and sit to natter in the sun, eat home-cooking in pretty surrounds, shop for organic wholesome and local produce, antiques, as well as being able to buy just one tap washer, or something hand-made or offbeat?

Wingham is a gem, it needs a bit of a polish, but it’s a treasure we should cherish.