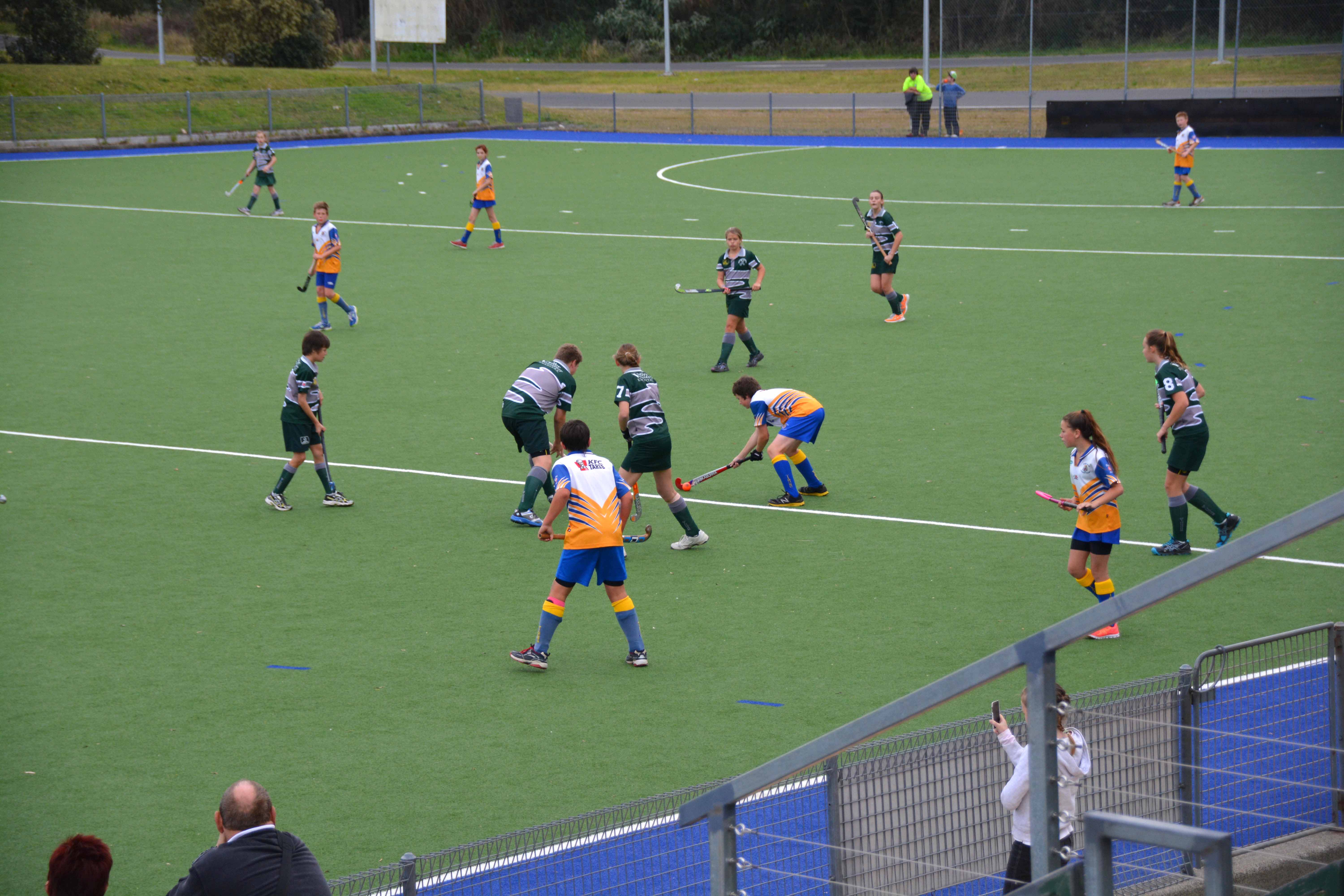 MidCoast Council has possibly set a precedent by providing a record loan to the Manning Valley Hockey Association, that nearly hit one million dollars last year. It has now been negotiated down to $800,000, to be repaid over twenty years, but the fact that Council is stuck with taking a loan from funds that could normally be shared for community projects, raises a lot of questions.

The loan affair started in March 2016, when the Manning Valley Hockey Association decided to apply for a Commonwealth Grant to extend its clubhouse, and construct a third, synthetic hockey field, and the Greater Taree City Council was requested to provide a low-interest loan of $600,000.

Such loan requests are not uncommon, however, once and if, a grant does come through, due diligence, such as a formal agreement and decision on the process of administering the expenditure of the funds, should have been undertaken.

The approval came through after amalgamation, which places all the responsibilities upon the Administrator John Turner and the Interim General Manager, Glenn Handford, and raises some questions –

What review of the project did the GM and Administrator carry out in relation to the project, before they decided to go ahead and spend $600,000 of  ratepayers’ money?

What other nasty surprises of legacy liabilities are still in play, and need to be addressed, that the staff have failed to identify to Council?

A trawl through the Council’s actions  makes depressing reading.

There was no formal MidCoast Council ‘resolution’ to go ahead with the project, and to approve the $600,000 loan to Manning Valley Hockey Association.

But, a “Late Confidential Report”, pertaining to the Hockey building extension loan, was dropped at the  council meeting of 22 March 2017, ensuring there’d be no advance public notice nor transparency, as the entire report was deemed to be confidential. In this way, the public was blocked from knowing what was going on.

What was discussed is unknown, but the resolution adopted by the Administrator John Turner was:

Council, in accordance with clause 178 (1)(b) of Local Government (General) Regulation 2005, declines to accept any tenders on the basis that none of the tenders can deliver the specified project within the available funds.

At this meeting, Turner, acting as the Council, did not formally approve a loan to the Hockey Association, nor a Loan agreement. From this resolution, it seems clear that there were insufficient funds to complete the project for the budgeted $1.5  million dollars.

It also appears that Council then assumed the responsibility of negotiating with two specific tenderers, one for the hockey field, and the other for the Club House extension, to reduce the price to the budgeted figure of $1.5M.

So, clearly, Council was now far more involved than just providing a low-interest loan. As this was a dollar-for-dollar grant, perhaps at that stage Council should have considered going back to the Federal Government to seek an increase in their grant on a matching dollar-for-dollar basis, to cover the short fall, but they didn’t.

It appears that subsequent arrangements were reached with the two construction companies, though the tender details were not published on Council’s website, as required by law.

These agreements, with the Tenderers, were not brought to a Council Meeting for formal approval, nor was any loan agreement, nor any other agreement identifying and specifying the responsibilities of the relevant parties, i.e. the Hockey Association and Council in relation to their roles in the project, as brought to Council.

Council staff then paid out  $600,000 for the project without a formal agreement, and without any formal Council resolution authorising this expenditure.

It appears that the funds may have been advanced under the “delegated” authority; that is, under which the General Manager has the ridiculous sole discretion to authorise payments up to $2 million per project. This delegation was granted to the GM by the Administrator, John Turner, Acting as the Council. (This authority remains in place. Surely this is an issue to be discussed re the next GM’s role and powers.)

In October 2017, Council staff identified that there was a significant over-run on the project, but this was not immediately reported to the Council – possibly to avoid tarnishing Mr Handford’s halo, so the bad news was buried.

In January 2018, Cr Peter Epov raised the issue of the over-run, and asked over 60 questions regarding the matter.

Finally, there was an acknowledgement that there was a $439,000 over-run on a project that had an initial budget of $1.5m, effectively a 30% increase.

Debbie Monck, the President of the Manning Hockey Association, sounding a little out of her depth, admits,

“Well, I mean, no one likes to go outside of their budget, that’s a bit of an annoyance. The way it was explained to us was, you can do all the geotechs, but still end up with an overspend. I’m not an engineer or a builder, but that’s how it was explained to us  …that they hit unexpected soft areas in the sub-soil that weren’t picked up. So, a lot more unexpected digging and resealing was needed. Whether the construction people should have borne those costs, I don’t know how that works, I don’t know what the tender said about what their or Council’s responsibilities were, or that kind of thing. I do know that, in the final agreement, the Council took on board the extra excavation costs.”

Her relief was understandable, when Council agreed to an additional loan of $439,000 to Manning Valley Hockey Association, taking the total loan up to $1,039,000.  Though she could not recall if the interest for this loan was at a fixed or variable rate! Not exactly a minor detail.

For Council staff, it must seem an easy solution to make the ratepayers take on further risk in a dodgy loan which may never be repaid. And now the newly elected Councillors must take responsibility for a loan that was not properly constituted in the first place.

It also means that  $1 million dollars of Council’s reserves can’t be loaned to other worthy organisations, or for projects like women’s shelters etc.

There has been no formal recognition as to who was at fault. But now there is the dilemma of how to pay for the work to be completed.

The reality is that Council was the major partner and the driver behind the project. It was Council that identified, in March 2017, that there were insufficient funds to complete the project, and it was Council that chose to negotiate and contract the two companies to do the work.

Realising that a $1,039,000 loan would be totally unserviceable by the Hockey Association, with 870 members  from 5 to 75 years old,  Council staff came up with the solution of reducing the loan to $800,000, by Council granting $239,000 in Section 94 Developer Contributions, made to the former Greater Taree City Council.  This is the fund into which the high fees charged to developers are stashed.

This now means that $239,000 has been withdrawn from the pool of money that would be available to other worthy community organisations and sporting bodies in the former GTCC area.

“As a general practice, Greater Taree City Council was often requested to support various community submissions for government grant funding.  We did so in the knowledge that most applications either failed or didn’t secure the exact amount of funding that was sought. In which case, if and when a grant did come through, the next step was always to review and assess the project, to determine if there were sufficient funds to proceed, or whether the project needed to be adjusted to fit into the available budget, or if additional funds had to be found.

The usual process would require a Report to be brought to the Council, in this case the Administrator, which would include a copy of a formal Loan Agreement, and the Council would decide whether or not to proceed. I don’t believe this happened in this case.

It appears that funds were provided to the project without a formal Council resolution, perhaps under Mr Handford’s delegated authority. In my view, this is a very serious situation.

There have been areas of mismanagement in the project,  that have led to Manning Hockey now being responsible to pay for the variation blow out.”

The MidCoast Council, at the Meeting of 24 February this year, voted to increase the loan to the Hockey Association from $600,000 to $800,000, with no security, nor any reasonable repayment plan, nor any strategies which would involve minimising the risk to ratepayers. Council also resolved that $239,000 of Section 94 funds be granted to the project.

The vote was 10 Councillors in favour, Cr Smith abstaining due to a conflict of interest, and one Councillor, Peter Epov, against.

What is particularly maddening is that the majority of our newly elected Councillors decided to proceed with the $800,000 loan without first sighting the draft loan agreement and, critically, without reviewing the ‘financial assessment’ that was required to be provided to the Council Meeting under a previous Council resolution passed on 14 February.

Obviously, no-one within Council’s professional staff, perhaps for legal reasons, wanted to put their names to this ‘financial assessment’ and stake their reputations to this highly dubious loan so they passed on the responsibility to Councillors who missed its significance.

All the more reason for a competent a new General Manager with professional business experience.

Commented Councillor Peter Epov,“To me, this issue was never about the Manning Valley Hockey Association, they are not at fault here.  I recognise that their aims are to develop and promote their sport, to me this was always about proper process, due diligence, transparency and ensuring that there was a proper plan in place that would provide some level of confidence and reassurance to our ratepayers.

As part of providing confidence to the community, I would like some assurance that Council has learnt some lessons from this episode, and that we would instigate policies that would avoid such incidents in the future.”

We can only hope.

In the meantime, President Debbie Monck says the dates for the Club’s unveiling of their (expensive) new field and clubhouse are underway, so the selected guests can lock in their diaries.

Smile for the Cameras

Expect photos in April of smiling officials, councillors and our State and Federal members, who never miss a photo op, to pose for the cameras at the Hockey opening ceremony, and claim credit for their great work on our behalf.

We can only hope that the Directors of the Manning Valley Hockey Association, who do have very serious statutory legal obligations, carry out better due diligence than our newly elected Councillors, and inform themselves, through qualified advice, as to whether their Association is realistically capable of entering into, and repaying, an $800,000 loan.