Anaesthesia – The gift of oblivion and the mystery of consciousness. 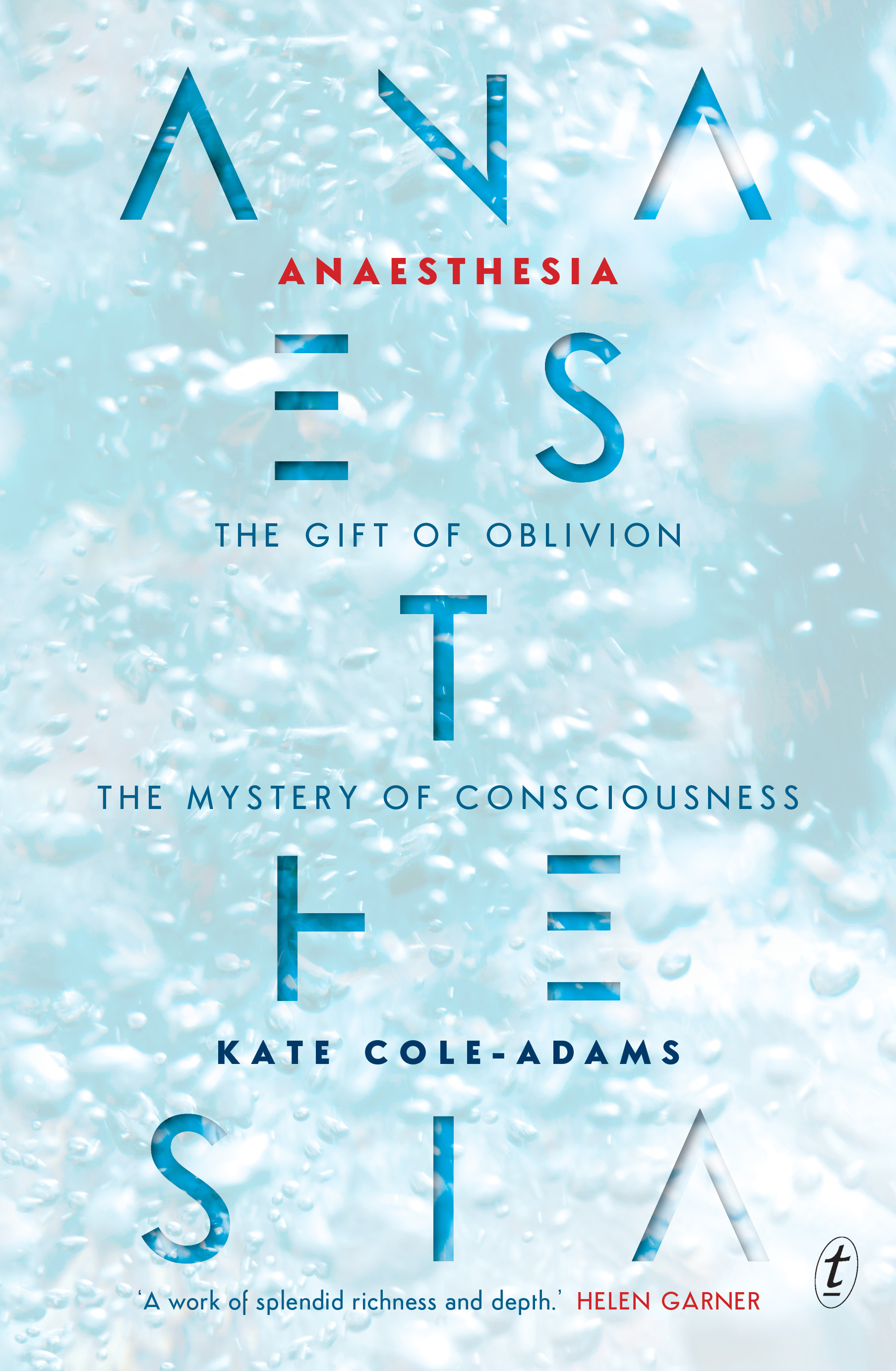 Once, under anaesthetic for abdominal surgery, I realised that my doctor was leaning against the side cupboard, and he was having a conversation with someone else.  He said  “I’ve ordered more collagen to be sent down. It won’t be long.”  I wasn’t afraid, or in pain. I knew what collagen is, and I don’t remember anything else.  The experience hasn’t troubled me.  I told my surgeon later that I had heard the conversation, but he remained po-faced, and did not respond in any way.

This was before such an occurrence was recognised in America in 2004, as something that really  does happen, and needs to be addressed – wakefulness while the operating team thinks you are ‘out of it’.

What does it mean to be unconscious?”

“This book explores perhaps the most brilliant and  baffling gift of modern medicine: the disappearing act that enables doctors and dentists to carry out surgery and other procedures that would otherwise be impossibly, often fatally, painful,” writes the author, Australian Kate Cole-Adams.

Anaesthetise:  It means to render insensible – a Greek word that’s hard to pronounce.

It’s only since the mid l800s that surgery was unimaginable and agonising,  and many people chose death rather than endure it.  Sometimes, speed was paramount.  A surgeon under Napoleon claimed he could amputate a man’s shoulder “in the time it takes to take a piece of snuff.”  There have been innumerable substances and techniques (like biting the bullet) to help people endure it

Apparently it is not unknown to wake during an operation, and there are many examples in the book.  Sometimes, the person is deeply traumatised, and theatre staff have been told to be careful what they say, and to not comment adversely on the patient during surgery – in case they are overheard.  One person heard herself being called fat, and didn’t forget.   A positive review of the book by an anaesthetist has only one criticism – that some of these stories of people waking are unnecessarily alarmist.   Millions of surgeries happen every day without incident of any kind.

The discovery and development of anaesthetics bought a marvellous gift – oblivion – but it’s not known exactly how it works, or why it sometimes works differently with different anaesthetics, or in different people or even  how the brain moves from consciousness to unconsciousness.  There can be problems knowing how soundly a person is “under”, or even if they are ‘out to it’ at all. There are many intriguing questions raised, and researchers from many fields are working to find the answers.

And, into the mystery, comes a greater mystery – consciousness itself.  Do we lose it on the operating table? What is it?  How do I know I am myself and how does the brain know things, like sound, feelings?  There is much about this subject throughout the book.   Does the body still feel pain during surgery under an anaesthetic?   Yes, it may.  And, if  this does occur, what happens to those feelings?  Do we remember the experience?  It seems that some of us do.

It’s very interesting that this ability to hear and remember, while under anaesthetic, also has incredible potential.   If the patient can be reached, is it possible to suggest the positivity of mind about outcomes that we now know can greatly benefit the healing process, and the success of the operation?

Helen Garner endorses this book as –  “A work of richness and depth.”

This book is beautifully written, which makes the potentially dense subject, about an evolving science of anaesthetics now morphing into philosophy, easy to read.  The author has worked hard to help us with the scientific jargon:   tears are called “lacrimation” and a scalpel wound is a “noxious stimulant”.

There are many revealing and  strange experiments, and odd studies of things like hypnosis and locked-in syndrome (which are also not fully understood).

What actually happens to the brain? Are we changed, perhaps for the better, by the experience?  Are we two people- the conscious one who goes about our daily life, and another unconscious, unknownable one?   Freud had a thing or two to say about that…

There are other states of mind that are increasingly studied intensively – sleep,  coma, deep hypnosis, vegetative states, amnesia,  as well as the many kinds of anaesthetics.  There is work on the possibility of linking all this with psychoanalysis and the treatment of mental illness, and that’s an area of research that is a minefield of ethics, but still has the aim of alleviating distress.

Personally, having had many operations, I have loved the feeling of ‘going under’, diving quickly into the darkness and quiet, the slipping away into nothing, the joy of coming back to consciousness in a clean, orderly hospital bed to hear the reassurances of the nurses. It’s an exercise in trust to have an operation. Some people dread that experience.

One’s relationship with the surgeon is tentative – an appointment or two, then the surgery where his or her job is  to physically assault your body – cut it, prod it, heave your bones or tissues about,  cause and then stop  bleeding.  All this is one reason why the surgeon doesn’t hang around to discuss your broader life too much.  You have to remain a problem that requires a solution. Not a person, but an object.

The relationship with an anaesthetist is even more tenuous.   Sometimes you never meet them at all, except for a few moments before surgery, but your life is in their hands.  An anaesthetic specialist has about l5 years of study to get to this point, They may know your name, but nothing much else, but their work has to be precise to the point of obsessiveness   They may then give you a medication to immobilise you completely, even halt your breathing.   Then something else, and maybe a touch up later – and then back to movement and being a separate person.

If we have felt pain, whether or not we know about it, does the stress of that affect our body, and our mind, in some way?

If you do read the book, don’t miss page 49 where Kate Cole-Adams writes about her two dogs, their different personalities, and why she finds one easier to love than the other.   But, if  the less loved one were to die, her grief would be unbearable. This section is a small allegory for our unconscious state at work, and how little we know of the  consciousness of dogs.  (If you can work that out).

This is a big book in every sense, not a pot boiler for quick reading.  You can dip into it almost anywhere, put it aside for a week or so, and dip into it again – every time you will learn something about being a patient and how you know you are  a person.