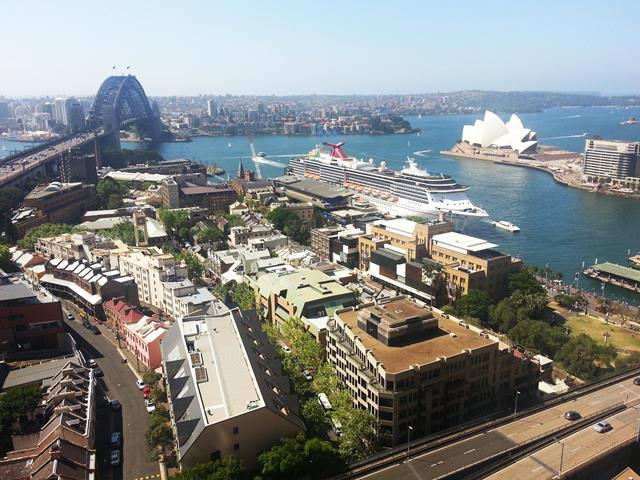 In this extract from his talk on Radio National’s “Ockham’s Razor”, Scientist and author, Prof. Ian Lowe, challenges Australian leaders to closely examine the state of the environment, population and economy to plan a better future.

“The late Donald Horne was a truly important Australian intellectual. His 1964 book The Lucky Country caused a sensation and was a runaway best-seller. The title came from the introduction to the book’s final chapter.

It described Australia as ‘a lucky country run mainly by second-rate people who share its luck’. The phrase ‘the lucky country’ quickly became part of the language, though its message was often misrepresented by people who had not even read the book, or had not grasped its ironic meaning.

He sounded three loud warnings about Australia’s future: the challenge of our geographical position, the need for what he called ‘a revolution in economic priorities’ and the need for a discussion of what sort of country we want to become. I reflected on Horne’s book in preparing a presentation to the 2014 conference of the Independent Scholars Association of Australia. I concluded that those warnings are even more urgent today because of 50 years of inaction by our second-rate leaders. It led me to write a book reviewing those 50 years and looking ahead. The context is the accumulating evidence that we are not living sustainably, even though the Council of Australian Governments adopted a national strategy for ecologically sustainable development 24 years ago.

Horne called for a revolution in economic priorities, moving away from being what he called ‘a stupid country’ that exported minerals and farm produce, by investing in education and science so that we would be better equipped for the world of the twenty-first century. Instead we have further run down our manufacturing base, mainly by opening up our markets to cheaper imports produced by cheap labour. In 1964 we made TV and radio equipment, cars and light aircraft, clothing and footwear; today even our shirts and sandshoes come from overseas. In the fifty years since Horne wrote his book, manufacturing has declined from 22 per cent of our economy to a miserable 6 per cent, the smallest sector of any OECD country, outshone by such manufacturing giants as Ireland and Luxembourg. We have failed to invest in science and education to become competitive in the emerging industries of the twenty-first century. We only graduate about 6000 engineers each year, when our industry employs about three times that many. CSIRO has been steadily run down and recent changes seem aimed at turning it into a second-rate consulting organisation, rather than a model of public-sector applied science for the public good. The Gonski reforms would go some way to redress our failure to invest in the education of our young people, but the Turnbull government looks set to reinforce the trend of slipping further behind other countries in the region. The best possible investment in our future would be educating all our young people to the limit of their ability, rather than the limit of their parents’ income or political clout. This principle is recognised by many countries; for example, Sweden, Norway, Finland, France, Germany, Brazil and Chile all have free university education.

Population is another critical issue we should be discussing. Politicians and the commercial media support a rate of population growth higher than any other advanced country, ignoring the evidence of the social and environmental costs of this approach. Urban infrastructure is failing to keep pace with the unsustainable rate of population growth, which is also causing social tensions. Rapid population growth benefits a few sectors – retail, housing, land speculation – but there is little evidence the community as a whole is better off. Our governments claim to be in control of our borders because they prevent relatively small numbers arriving by boat, while ignoring the impacts of a quarter of a million or more arriving each year on scheduled flights, or even cheekily claiming it to be evidence of their superior approach to economic development. Of course, the huge level of migration creates jobs, but it also brings in a proportionate number of people looking for those jobs. We should be looking at the whole picture, in particular the hard evidence of the damage the 24 million of us are doing to Australia’s natural systems. We should be terrified by the prospect that the present approach leads to more than 60 million Australians by 2100.

That leads me to the fourth challenge. Horne’s three warnings must now all be filtered through the lens of our precarious environmental situation. The extreme weather patterns that come with climate change, the loss of biodiversity, the breakdown of ecosystems and our unsustainable use of finite resources, all affect our future prospects. Four national reports on the state of the environment, stretching back twenty years since I chaired the advisory council that produced the first one, have warned that we need to deal with serious problems: the state of our inland rivers, the degradation of productive rural land, the pressures on the coastal zone, the loss of our unique biodiversity and rapidly increasing greenhouse gas emissions.

To underline our impacts on inland river systems, recently there was a 400 kilometre stretch of the Murray affected by toxic blue-green algae, while an 800 kilometre stretch of the Darling was almost dry. We also now know that the Great Barrier Reef is in serious trouble, with UNESCO poised to tell the world that we are not properly managing this unique natural wonder. We still don’t have a serious response to climate change. Credible studies have shown we could get all our electricity from a mix of renewables by 2030, and a recent report by Beyond Zero Emissions concluded we could also electrify most of the transport system to effectively end the era of fossil fuels.

Our leaders aren’t acting responsibly. We are a party to the Paris agreement to keep the increase in average global temperature below two degrees, with an ambition to achieve the more demanding target of one and a half degrees. Even the two degree target means no new coal mines or coal-fired power stations, anywhere, ever; the 1.5 degree goal would mean closing down many of the existing operations well before the end of their projected life. So it is irresponsible and dishonest to be promoting new large export coal mines. The Newman government in Queensland turned back the clock to allow broad-scale land clearing, further increasing our disproportionate contribution to global climate change.

We could do so much better. We are essentially self-sufficient in food and resources. It is still possible for us to live sustainably and make Australia both a model for the developed world and a beacon of hope for the developing nations in our region. The community is moving ahead, with solar panels installed by one and a half million households, increased use of active transport and public support for progressive policies. A recent Academy of Science project found strong consensus for “a future Australia that is more caring, community-focused and fair than present-day Australia”. That would be a truly lucky country, a wonderful legacy to future generations.

We Create Our Future

It requires conscious policy choices involving the community rather than the present obsession with markets, the mindless worship of endless growth and policies integrating us into a globalised economy that has no interest in our well-being. As the Commission for the Future said thirty years ago, the future is not somewhere we are going, it is something we are creating. We will decide which of the many possible futures actually happens by our decisions and actions, as individuals and as members of households, organisations and communities. In that sense, our future is in our hands. We can really become a lucky country if we respond to the challenge and persuade our second-rate leaders to follow the responsible path of sustainable development.”

Ian Lowe’s Book The Lucky Country? Reinventing Australia is published by University of Queensland Press. He is Emeritus Professor in Science at Griffith University in Brisbane.

“Ockham’s Razor” is present by Robyn Williams on Radio National, Sundays 7.45am.