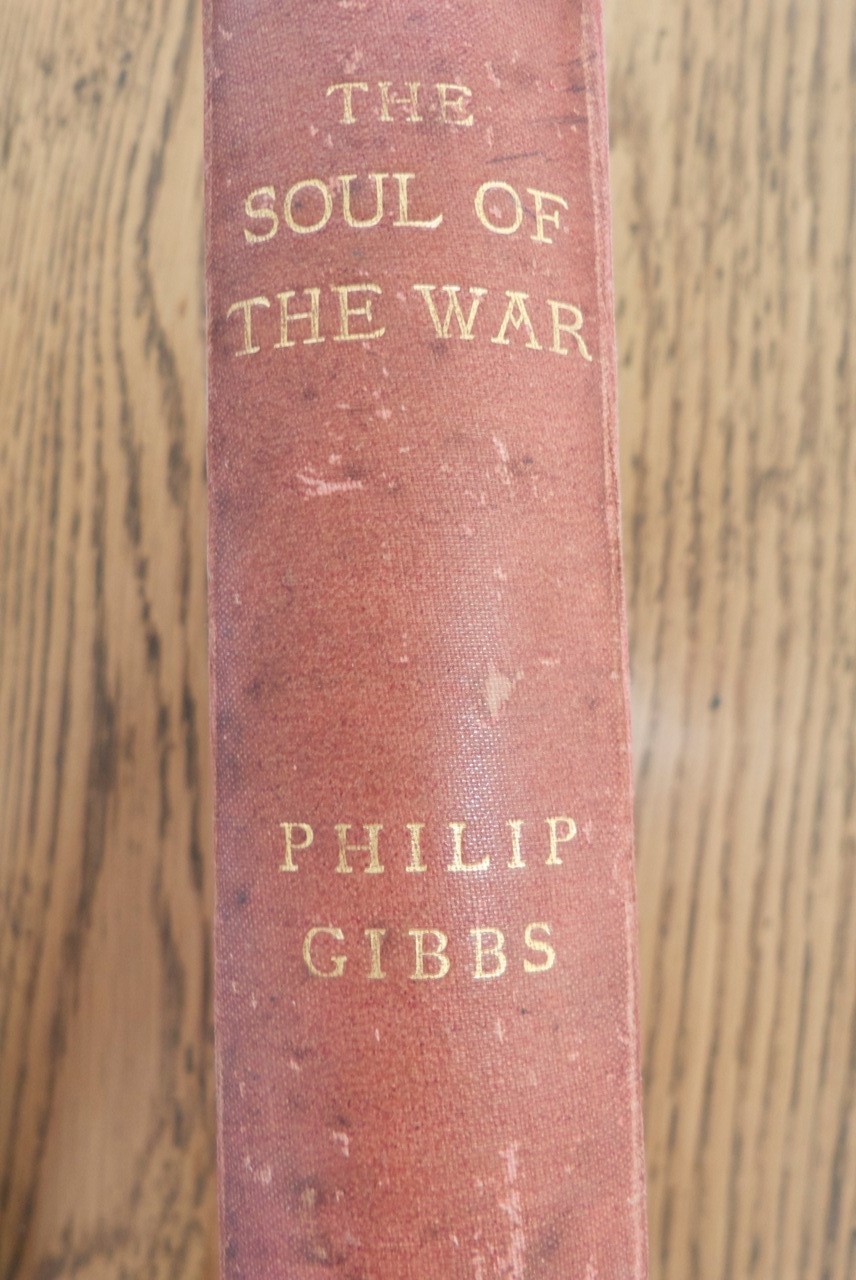 John Albert Revitt, known in Wingham as “Jack Revitt” was a great reader which he passed onto his children, and granddaughter, Di Morrissey.

Following his harrowing service as a stretcher bearer at the Somme and Flanders in WW1, he escaped with a book on the long voyage home in May 1919 while at sea on the transport ship, “Wyreema.” The book was “The Soul of War” (1915) by Phillip Gibbs, an English war correspondent and later prolific author.

The last paragraph in the book reads –
“There will be no hope of peace until the peoples of the world recognise their brotherhood and refuse to be led to the shambles for mutual massacre. If there is no hope of that, if, as some students of life hold, war will always happen because life itself is a continual warfare, and one man lives only at the expense of another, then there is no hope, and all ideals of men striving for the progress of mankind, all the dreams of poets and the sacrifice of scientists, are utterly vain and foolish, and pious men should pray to God to touch this planet with a star and end the folly of it all.’