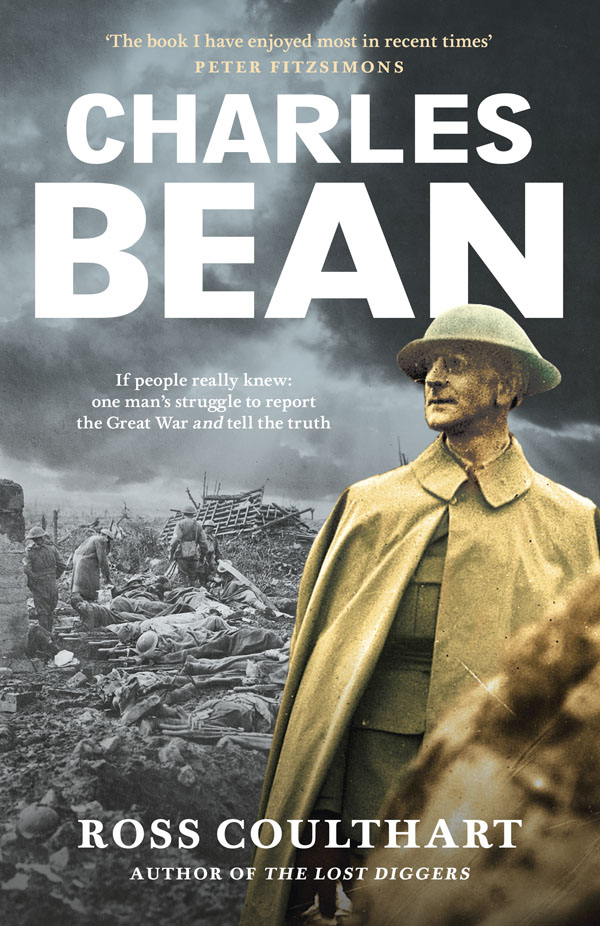 Charles Bean. If people really knew: One man’s struggle to report the Great War and tell the truth. By Ross Coulthart, joint winner of the Australian History Prize in the prestigious 2015 Prime Minister’s Literary Awards.

Charles Bean saw more combat than any other man in World War I. He was a firsthand witness to every major battle involving Australian soldiers in the Great War.

Journalist Ross Coulthart delves into Bean’s now classic post-war official history and also examines his experiences revealed in his diaries and what he actually wrote as journalist during the war.

In his author’s note Coulthart writes:

‘As a journalist who was embedded with Australian and American military units in east Timor, Iraq and Afghanistan, and who has also operated in conflict zones independently, I have long been intrigued by the unique position that Charles Bean found himself in in 1915: the incredible access and relative journalistic freedom he enjoyed in Gallipoli and on the Western Front has no equivalent today. He spoke to frontline commanders in their headquarters and then often ventured unsupervised onto the battlefield frontlines to see for himself what was going on, a privilege few if any reporters have enjoyed since. It gave Bean an extraordinary understanding of the course of the war and the failure of tactics employed by the commanders. Bean also promoted the view in his writing that Australia’s very sense of itself as a nation was moulded by the experiences of its men under fire – that they went to war for the British Empire and came home with a new sense of Australian identity and a distinct national pride in what they had achieved on the battlefield. Bean’s admiration for Australia’s volunteer army was intense, and personal; so many of the officers he befriended and admired were to fall during those long grinding years of war. He crafted a powerful legend about the Anzacs that endures today.’

It is a riveting, moving and well researched and written account of an Australian legend.