Take a leaf from beautiful Berlin 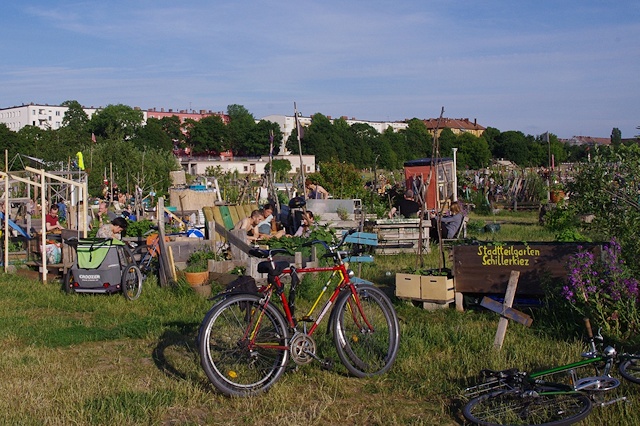 My husband and I have just returned from a nine day walk through Bavarian Germany, covering over 200km on the German leg of the ancient pilgrimage route to Santiago known as the Camino.

What struck us both about Berlin was the German aesthetic and appreciation of nature. Berlin is one of Europe’s greenest cities with thousands of large shade trees, covering streets, carparks and backyards, all of them numbered and individually cared for by the city government. In addition to hundreds of parks and forests throughout the city, these extensive greenways largely account for the clear and fresh air quality, as well as the intrinsic beauty of the city. The green roof helps mediate hot summers and contributes to the high quality of life in this trendy city.

This aesthetic continues to ‘wildflower’, otherwise known as weeds. Wildflowers in Berlin are allowed to grow on median strips, along railway lines, and along paths. They are not poisoned or mown but rather left to provide seeds and shelter for birds and insects, adding to the city’s biodiversity. To the unaccustomed eye this ‘messiness’ is actually an ecological enhancement.

Berliners are keen gardeners and home to the original guerrilla gardening movement. The old US airstrip of Tempelhof – famous for the post-WWII airlift – is now a huge park for skateboarding and cycling, with the grassed surrounds overtaken by pop-up gardens for the inner city dwellers. Makeshift raised garden beds, outdoor furniture and even a stage for performing music and poetry are all made from reclaimed wood pallets.

A deckchair in the sun outside a Bierhaus, with a beer or glass of wine in hand is a splendid way to spend a summer afternoon. For those living further out in the suburbs, there is a long tradition of renting a small plot of land in communities of gardens, for growing food and flowers and sleeping out over the weekend in the equivalent of a grownup’s cubby house. There is a distinct absence of legislation attempting to control this creative endeavour, and the peaceful coexistence of gardeners and leisure-makers.

Famous for its commitment to renewable energy, solar panels cover roofs everywhere: homes, barns and industrial buildings. Even in the remotest villages of Bavaria, solar panels are ubiquitous and wind farms grace the skylines. Larger scale solar farms crowd all unused spaces along the autobahn and among industrial estates. Germany has announced its commitment to eliminating nuclear power after the Fukushima accident and has long left behind fossil fuel powered plants, cementing its place as one of the world’s most progressive, and successful, economies.

Berlin has a beautiful culture where the most common shop is the florist and commuters read books, where people are fit and walk or cycle as much as they can. On periodic Sundays the autobahn through Berlin is closed to traffic so cyclists can enjoy the thoroughfare to ride into the city. Thousands of people cycle on a lovely day out: families, the elderly, musicians riding and playing, all decked with flowers and enjoying the sun. People come out of their houses to play tambourines and wave to the passing entourage.

These are some of the hidden treasures of Berlin: this über trendy centre of the European music scene is also intimately linked to nature and its economy and social policies reflect that. Our communities could take a leaf from Berlin’s book.

And it’s a great place for a holiday.