The creatives in our community are necessary 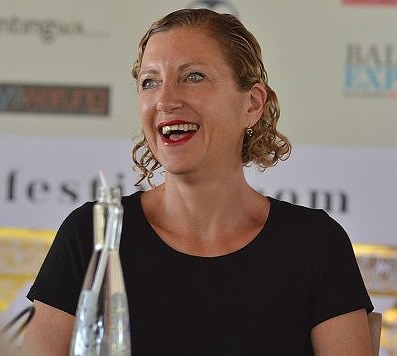 This is an excerpt from “A Lover’s War” – they keynote address by Joanna Murray-Smith at Playwriting Australia’s 2015 National Play Festival.

“What I say here, I hasten to add, is not as a spokesman for any organisation. I speak entirely as an individual and playwright.

Recently, over the issue of the withdrawal of funds from the Australia Council and the establishment of the Minister’s own enterprise, the NPEA, we have seen frantic, hair pulling board meetings, hysterical public statements, provocative defences, demonstrations, letters to editors, Senate enquiries and a bonfire of opinion in the blogosphere.

What purpose are artistic organisations if, when faced with pragmatism versus idealism, they give in to intimidation? What is their role if not to stand up for the artists and audiences of their constituencies, to fight for the freedom of the imagination which sometimes leads to good work or bad work, popular or unpopular work, extended seasons or box office failures — but which in all cases forcefully exercises the muscle of observation over humanity and our world?

They might have made a collective plea: The arts are sacred, they make life better, they make a country stronger, they make a people think more deeply, they make us laugh, they communicate our sorrow, they heal us – let us tread carefully?

Where is our courage? Matisse advised Brassai, “You have to be stronger than your gifts to protect them”.

In 2013, Australia Council research found that 15 years ago “one in three Australians thought arts were “not really for people like me”. Today it’s only one in nine”. Thirty per cent, agree with the statement that ‘The arts tend to attract people who are somewhat elitist or pretentious’. This whole wondrous world from Henry Lawson to Declan Greene, from Katherine Susannah Pritchard or Dorothy Hewett to Miao Miao, from John Glover to Ben Quilty – this whole wondrous world they feel distant from, suspicious of or excluded by. Why?

It might be because though we may see our politicians at the Australian Open finals or the MCG, they are rarely seen in theatre foyers or galleries – although Tony Burke and George Brandis are exceptions, as were John Cain, Bob Carr and Paul Keating in the past. Politicians are rarely – if ever — heard speaking about the importance of the artist to this country.

They are rarely heard uttering an artist’s name, unless it is to call them “disgusting”. Chasing some imagined philistine vote-catchment, they decry the controversial or ridicule the extreme. Kevin Rudd demonstrated very aptly that he was prepared to sacrifice integrity for votes in decrying Bill Henson. No one will ever know if Bill Henson is a great artist, an exploitative one, whether his art is beautiful, corrupt, successful, a travesty. It is what each one of us makes of it.

It is not a politician’s job to judge us, influence us, punish us – it is their job to convey to their constituency, the nation, that in the imaginations of Australia’s artists is an essential beauty that improves, entertains, stimulates, comforts and elevates us and our experience.

David Williamson has recalled that in 1971 when Whitlam was opposition leader, he went to the opening of David’s play Don’s Party, which you may remember is set during a suburban party on the night of the 1969 election, when the anticipated Labor victory is thwarted. Whitlam telegrammed Williamson the next day telling him he would need to change the ending as Labor would win the 1972 election — and he was right.

The chance of a contemporary Labor politician calling a playwright the night after an Opening is not something I’d bet on. It’s hard to imagine a politician of any persuasion naturally expressing gratitude for an artistic experience.

In 2007, Jacques Chirac spoke of the French government’s intention

“…To hold up the infinite diversity of peoples and arts against the bland, looming grip of uniformity. To offer imagination, inspiration and dreaming against the temptation of disenchantment. To show the interactions and collaboration between cultures…, which never cease to intertwine the threads of the human adventure. To promote the importance of breaking down barriers, of openness and mutual understanding against the clash of identities and the mentality of closure and segregation. To gather all people who, throughout the world, strive to promote dialogue between cultures and civilisations. France has made that ambition its own. France expresses it tirelessly in international forums and takes it to the heart of the world’s major debates. France bears it with passion and conviction, because it accords with our calling as a nation that has long prized the universal but that, over the course of a tumultuous history, has learned the value of otherness.”

Can we imagine an Australian politician making such a declaration? Can we imagine Tony Abbott or Julia Gillard quoting a line from Voss or inviting Chris Wallace Crabbe or Andrew Bovell to the Lodge?

Artists are not the enemy and must not be made the enemy. This is no time for a culture war between Left and Right, rabble rousers or traditionalists. The war we all need to be fighting is that in defeat of dreariness, of the euphoric against the pedestrian, of the imagination against philistinism, of knowledge against ignorance, exhilaration against boredom, of illumination against weasel-words, of big thinking against petty.

The battle we should be fighting is against the ignorance of those unconverted to the disparate, mysterious, contradictory, engaging voices of Australian artists who seek, one way or another, to make a contribution to make life more interesting.

Bring the people to the work, lure them, seduce them, woo them — or bring the artists to the people, but let us see our artists – in their successes and their failures – as being on a worthy road – a road they are on for no better reason than that it feels like the only road – and whose motivation is to illuminate what it is to be alive.

Put our artists on the front pages, celebrate their triumphs, put their works on our streets, let’s see them on Q and A – an Australian poem read every Monday at school assembly – Great Australian novels and plays taught in our academies, a National Day for Art as well as for a horse-race or a royal birthday – let’s see a Australian artists sprinkled heavily through the annual Honour’s List, let’s hear our leaders quote our artists past and present, let’s see artists bringing imaginative thinking to our corporate and government boards. Let’s see all our leaders showing that art is not a duty but a spiritual replenishment – I want to see Alan Jones espousing the rock art at Laura in northern Queensland, Bill Shorten at the Australian Art Orchestra, Julie Bishop at Belvoir Street, George Pell at Sisters Grimm, Gina Rinehart cutting the ribbon of the new Western Australian Centre for Concrete Poetry, and George Brandis proudly announcing a new scheme that sees five Australian books sent to every ten year old in the nation and a new Playwright’s Prize, in honour of Dorothy Hewett, to help keep alive not just the name of a pioneer, but to show Australians that as a nation we have an archive of national treasures and national treasure.

What is the artist’s role? To stand apart from authority, to be sceptical of power, to engage with human struggles and articulate them for others, to be free of cant, to embrace mystery, to be self-revelatory as a means of articulating the human experience and the determination to say what needs to be said.

When artists stand up to be counted, we do so not from negativity or dogmatism, but from a profound engagement with our world and how it works, a connection to justice, and an unshakeable interest in humanity. Art reflects the world we live in, it explores our allegiances, it examines our suffering, it makes sense of our contradictions, it exposes our hypocrisy, it reveals our will to love and connect, it helps us face our failures. And all of this is driven by an often unrequited love for our audiences, for our society, for the wider world. This volatile engagement is the moral force of art.

The great late African-American writer, James Baldwin, wrote: “societies never know it, but the war of an artist with his society is a lover’s war, and he does, at his best, what lovers do, which is to reveal the beloved to himself and, with that revelation, to make freedom real.” ’