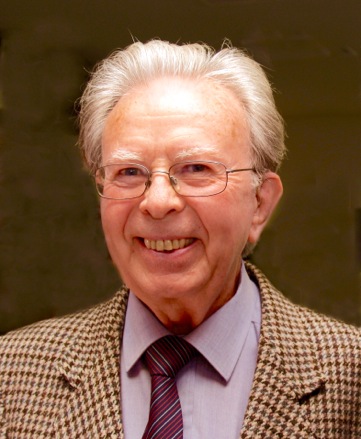 The late Jim Revitt, ABC TV and radio correspondent, amongst other roles, was born in Wingham. He established and trained the first Aboriginal journalism cadets for the ABC, was a community activist on Sydney’s northern beaches fighting – and winning – for Pittwater to secede from Warringah Council and become the electorate of Pittwater, plus fighting – and winning – to save the Narrabeen wetlands.

For many years, Jim was a producer for the iconic ABC TV program ‘Weekend Magazine’. (It had no presenters, letting the words and vision tell the story.) It was 25 minutes long after the 7pm News (a five minute long bulletin) each Sunday night and it ran on a shoestring and covered unusual and interesting stories from every corner of Australia. It was mandatory viewing every Sunday evening. Inevitably the program came to the Manning Valley in the 1970s. In his memoirs Jim writes:

“I headed for the Manning Valley to tap into a pile of stories that I knew through living there. Wingham emerged from virtual obscurity to be a place seen by millions … there was the town’s passion for horseshoe pitching, and the factory that once made slippers now making horseshoes for blacksmiths all over the country and export. And while on the horse scene, a day out with retired Sergeant Ron Livermore of the NSW Mounted Police who had taught the police musical rides to the Wingham Pony Club.

“Viewers got a good look at the fine Manning River scenery with a trip on the last of the steam-driven paddle-wheelers still working on the river, while another story took them into the riverside rainforest in Wingham’s main street. Up in the hills we went to a rodeo for kids in the idyllic setting of a paradise called Little Plain. And up the railway line a bit we had a look at the beautiful garden created on Telegraph Point station by the stationmaster. Not surprisingly, Wingham experienced a population boom as a lot of city people decided it would be a nice place for retirement. The town prospered on the strength of its long running housing boom, which included a novel council scheme for helping young people finance their first home – a initiative that was shown on Weekend Magazine and then copied by a great many councils all around Australia.”

Oh, that it was still on the air. ‘Australian Story’ borrows some of the format but concentrates on people’s stories only. The TV channels make token efforts at local stories or the offbeat, but the whimsical and penetrating eye of the Weekend Magazine team took a well researched and thorough look at people, events and places in detail and depth. And with humour where suited.

When the story on Wingham Council’s revolutionary plan to give loans to landholders to build a home aired, people came from all over Australia to buy land and get a start and were to enrich the Valley.

Where is the creative thinking of our council today to promote our area and attract visitors, new residents and businesses? It doesn’t take simply money which our council cries it never has, but some clever thinking, some strategic plans, and a good dose of entrepreneurial get up and go.

Taree businessman Bill Kennedy, who served on Taree council from 1956 to 1971 and was mayor from 1965 to 1971 when he was elected to the NSW Legislative Council, was proactive in going to Sydney and ‘selling’ the Manning to various businesses, many of whom moved here and are still operating today.

Extract from ‘Head Up, Shoulders Back ..’ by Jim Revitt by permission of Rosemary Revitt. (Disclosure: Jim Revitt was Di Morrissey’s uncle.)