THE MAGIC OF CARPETS 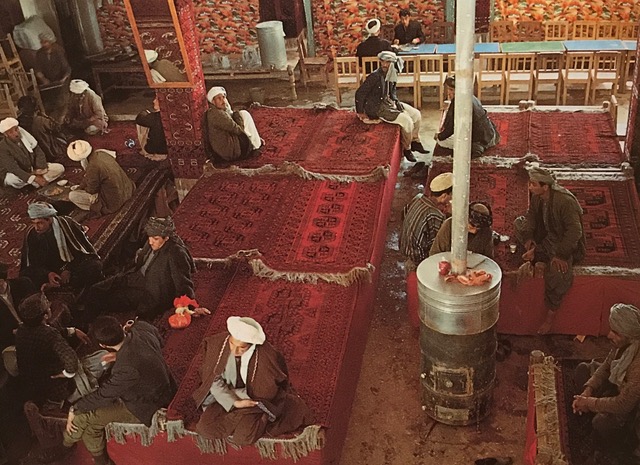 Afghanistan is many things to many people but to me two things define it. Islam and the horse.

As a young merchant, among my first purchases were a print of the Islamic mystical horse Buraq, and a Turkoman saddle cover. The energetic equestrian sport of Buzkashi is played in sight of mountains that proclaim loudly, “all is folly”.

The Herat market is a series of open squares with half a dozen 3×3 metre shops making up each side. This typical Central Asian Silk Road architecture ensured each merchant could see the others, and who and what came and went. The prettiest feature to my foreign eyes is the cupola-round ceiling of each shop, constructed of a thousand perfectly placed thin adobe bricks. The view from the top of the nearby minaret references upside down egg cartons.

I asked the vendor of the Buraq print to explain it to me. Similar to me in age, height, weight, and colouring, but a disfigured smallpox survivor, this is what he said; “One night when the Prophet Mohammed was asleep in his bedroom, he was awakened by the angel Gabriel who came with Buraq, the beautiful human female-headed horse. The prophet Mohammad and the angel Gabriel mounted Buraq and flew to within 7 bow shots of Allah. After Mohammed received the whole of the Quran, the holy book, they returned to the bedroom just in time to catch the pitcher of water on the bedside table that had been clipped by Buraq’s wings on the way out.”

I am in love with Herat. The absurd contradiction of feigned empathy against a real depth to everyday thought pervades the spaces between people in a way that is as light as air. “The bus is late!” we complain. “Nothing is important” is the shouted reply to the now laughing ticket holders. In such a setting all speech is a Gazal; a love song of the infinite. 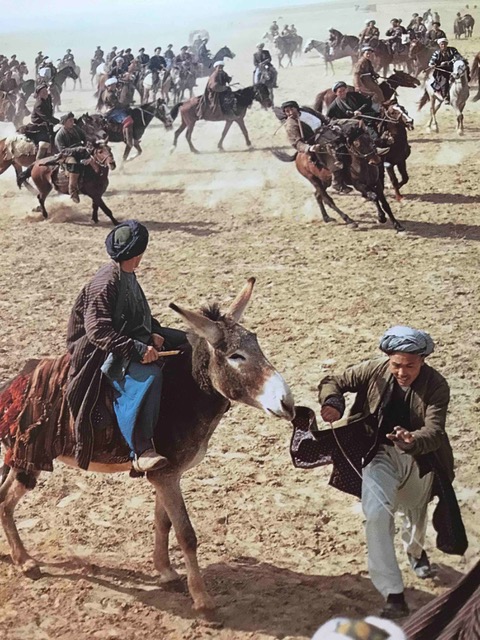 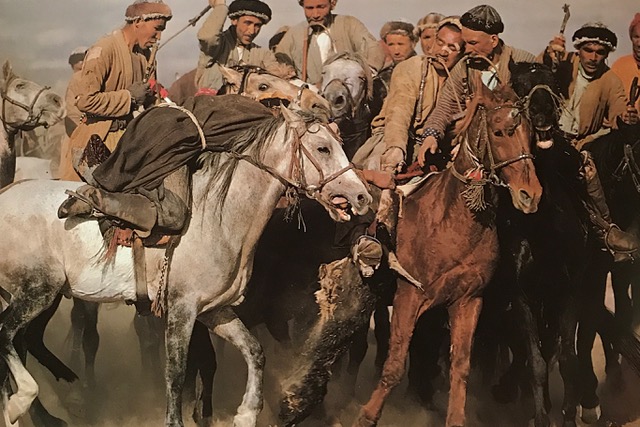 The small Samangan, the strong Kunduz, or the fleet Turkman, are the recognisable result of centuries of careful breeding. Horse tack takes on a religiosity as skilled women put great artistry in weaving a range of special accoutrements. The beloved horse will have a choice of outfits, for work, for play and formal occasions. This is not only practical, but the talismanic and apotropaic tools with which to bring success into being.

When the yarns and the looms have been prepared, a party is held. Popular Islamic stories and special Sufi poems are sung, and risqué jokes told. This women-only “Start of Weaving” party makes the process and the object a recipe to cook and serve the future, bringing it into existence.

So, no question really, as to why these mostly small weavings have a presence, even out of context, away from Islam and horses: Handmade by powerful women and their families in touch with the magic of life on Earth.

Collected at source over a 45 year period, we offer these little pieces of magic for your delectation.

(And delight to learn about! ed.)

The Cater family at The Rug Shop