A HERO FOUND… AND LOST 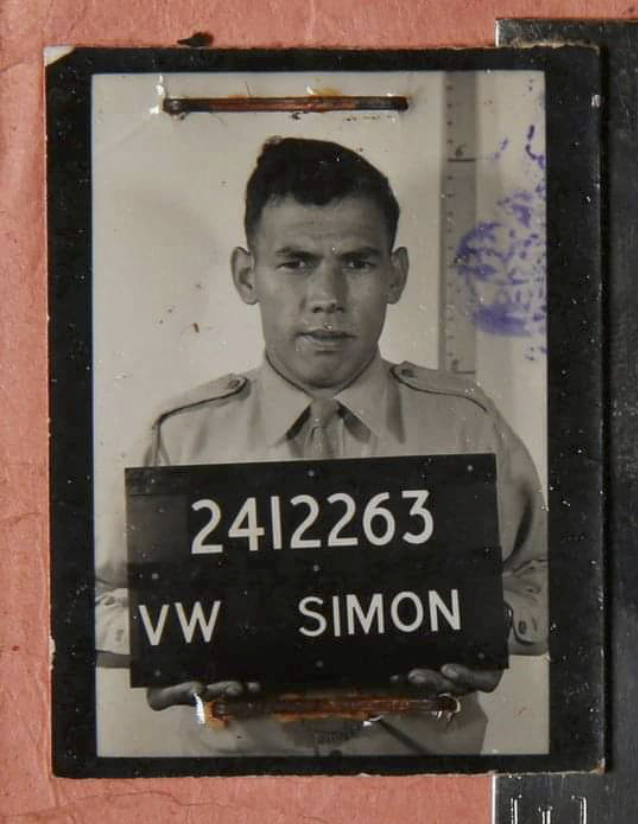 Victor Simon, a Worimi man, born in Taree, whose family comes from Forster, fought in the infamous battle at Long Tan Vietnam, serving in 12 Platoon, Delta Company, 6RAR and was 21 years old.

Private Simon, D Company, 6th Battalion, Royal Australian Regiment, was awarded a citation for gallantry. A small Battalion of Australian soldiers trapped in a rubber plantation and vastly outnumbered by Viet Cong, held the enemy at bay in a victory which became a turning point in the war.

Victor returned home to Sydney and got on with life, as a fruitless war staggered to a close.

He died from cancer in March, his beloved wife, Beverley at his side.

A few weeks before he died, Victor was honoured with a Quilt of Honour, a tribute which recognises our past and present military members’ service, dedication, and sacrifices made on behalf of our country.

The honouring of Victor in his hospital bed in Sydney was a great thrill for him.

When Walter Robinson from 21 Engineer Support Troop Vietnam Veterans, and Stan Allan, Manager of Quilts of Valour, Australia (also a Vietnam veteran) dressed in suits and wearing their medals came in to present him with his quilt , it brought tears to Victors’ eyes.

‘But he was thrilled,’ said Beverley. ‘It was such a wonderful surprise.’

Like so many Vietnam veterans, Victor never talked much to his family about those war years, except to his mates. Victor worked as a cable joiner, and was a keen golfer.

‘Victor always seemed so happy go lucky. But I know from his family, that he suffered terribly and had awful attacks when he first came back from the war,’ said Beverley, from her home in Matraville, Sydney.

Eight years after his return from Vietnam, Victor met Beverley at the club at Yarra Bay, La Perouse, ‘Where we used to go for a dance and a drink,’ reminisced Beverley. ‘I was a single mum with two little boys. A year later we got married and Victor raised my boys as his own.’ They had a daughter, Victoria, who lives close to her mother in Sydney. Victor’s sister Barbara and the rest of his family are still in the Forster/Tuncurry area.

Victor (‘Vic’) Simon was born in Taree to Toki and Joyce Simon in 1945. He was raised on the Tobwabba Reserve by his parents and his grandparents – ‘Ma’ Tilly Simon and Robert ‘Barney’ Simon.

‘Victor’s parents left Forster and went to Sydney looking for work when Victor was five years old,’ said Beverley. ‘But Forster was always home and where we went for holidays,’ said Beverly.

When Victor finished school, he got a job in a printing factory. One day, he came home and announced he had joined the army. He was only 19. Victor went to Holsworthy Military Barracks in South-Western Sydney, then Kapooka – an Army recruit training centre south-west of Wagga Wagga. Kapooka, in the local dialect means ‘place of wind’. Then he went to Puckapunyal (‘Pucka’) Training Facility and Military area base in central Victoria.

And from there, Victor went to Vietnam and was one of 108 ANZACs who fought in the Battle of Long Tan.

In a letter Victor sent home to his mother after that battle, he wrote:

“I received your letter about four days ago but went directly out on an operation. By the time you receive this letter you would have known what went wrong. I am OK, but not fighting fit anymore. I saw that many VCs it wasn’t funny. Our company moved out on the 18th, when we came across 12 Viet Cong. So we followed them and walked straight into a regiment of VCs. So you can see the odds, we had near a hundred blokes and the VCs had near 1500. Our two forward platoons got trapped: one of the platoons got out, but one was still trapped. Well, they sent my platoon in to get them out. We were about there, when fire came from all directions. We were surrounded and fought solid for four hours before reinforcements arrived.  You should have heard the yells when the APCs came in with “A” Company inside. When the VCs saw them, they pulled back. I let out a yell that could be heard back in Australia. The next day we swept through the area, we captured a lot of weapons, all machine-guns. We got congratulations from “Old Holt” [the Prime Minister] and our general and the Yank general too. We came back to camp yesterday, and we were treated like kings. Blokes from other companies coming up shaking our hands. Last night we had free beers for two hours. I can go on writing about this for hours, but I don’t think you want to know about it. I am glad to see camp.”

Victor’s family has a strong tradition of military service. His father and Uncle both served in the Second Australian Imperial Force. His father was one of the famed Rats of Tobruk, and his uncle was a POW in Changi, Singapore.

Last year a movie ‘Danger Close’ was made about the Battle of Long Tan.

‘They asked Victor if he’d do some publicity and talk about the real events, but he preferred not to. But he did love a yarn and a beer with his mates,’ said Beverly. ‘It was a great thrill for him when he was invited to Parliament House for a preview screening of the film with all the dignitaries,’ said Beverley.

‘Sadly Victor died during the Pandemic so there was only ten family allowed at his funeral. I wanted his ashes scattered back up at Forster,’ said Beverley,  ‘but during the coronavirus that wasn’t possible.  And Victoria wanted him in Sydney, so he’s buried in Botany Cemetery so we can visit him.’

Sometimes you may pass by a stranger sitting in the sun having a beer with a mate, and not know you a passing by a hero.