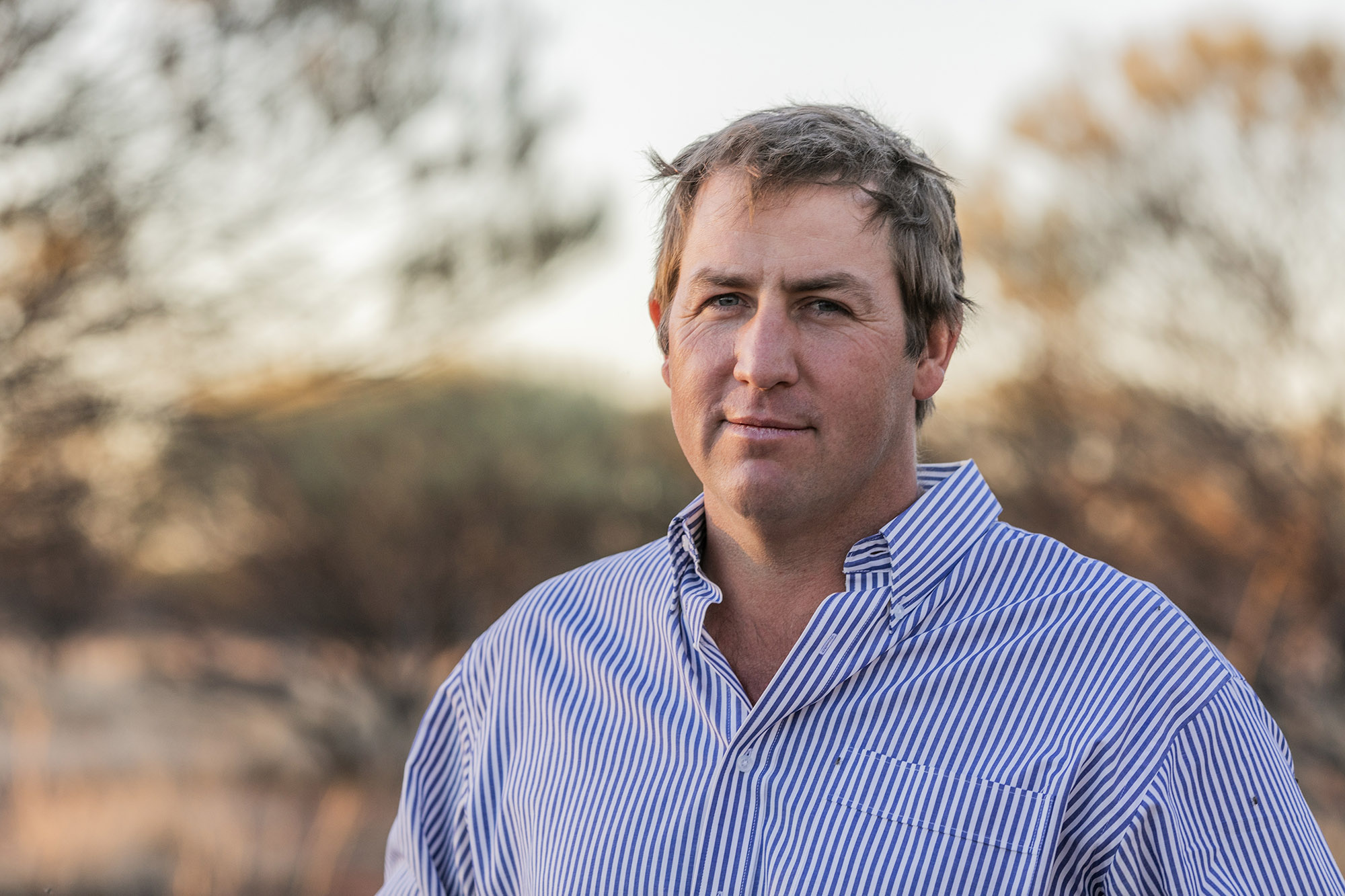 David Pollock is a 2nd generation pastoralist from Wooleen Station in WA.

We need more conversations on how to bring conservation and agriculture together! 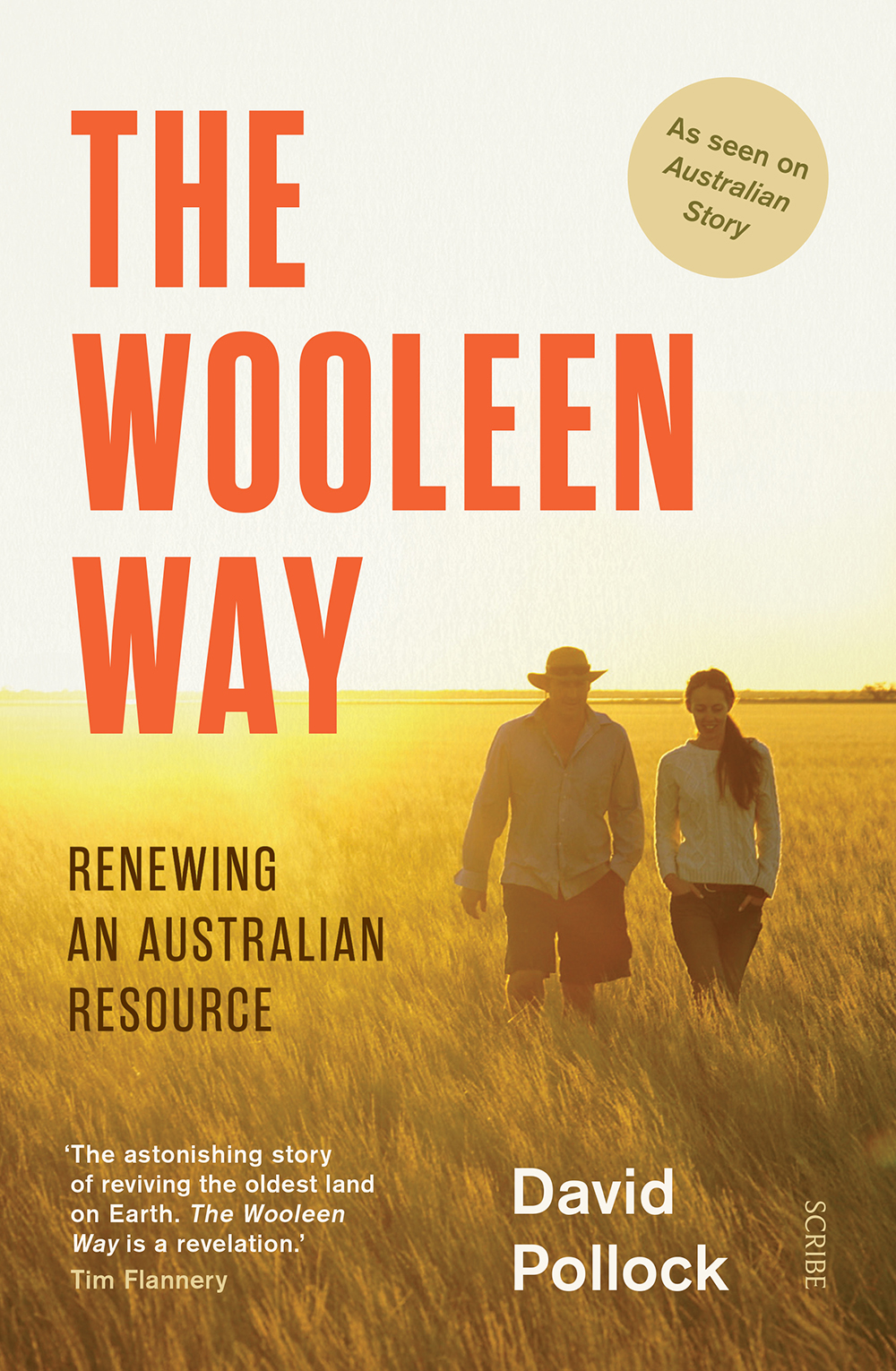 There’s a heart to David Pollock’s The Wooleen Way and a spirit for change and renewal that I love. Pollock’s story is one of confronting enormous challenges and striving in the face of adversity— something most of us here on the Mid North Coast can certainly relate to after the last twelve months of drought, water insecurity, fires, floods, and now fears around coronavirus.

It also highlights our collective need to find new and innovative ways to confront challenges when the old ways are no longer making the grade.

No person, organisation, or body in this country is more resistant to innovation and new ideas than entrenched institutions— in Pollock’s case, the government and its many grant committees, regulatory boards, and agricultural departments.

I’ve found similar frustrations in relation to my own farm and in the disorganised bureaucratic nightmare that applying for fire relief has been.

In The Wooleen Way, Pollock goes to great trouble to convey his understanding of the degrading rangelands he and his neighbours are managing. One memorable anecdote has him at a governmental business skills workshop that Western Australian farmers and pastoralists were encouraged to attend. The government believed that these primary producers only needed better business and finance skills to see them through drought years— as though rainfall were an optional extra rather than the life force of the farm business. They were offering grants of $60,000 in one lump sum to those who would implement their strategic plans.

Pollock, while acknowledging that $60,000 is a lot of money, pointed out that it was less than a tenth of the true cost of beginning to regenerate Wooleen Station, let alone the rest of WA’s southern rangelands. “A better start would be $600,000,’ he told the folks running the workshop. A million would be more accurate, he went on.

The facilitators laughed at him. You would too. It’s an out-of-this-world amount of money.

But he touches on the elephant in the room, the elephant that government bodies seem incapable of fitting into their scope: The historical degradation of Australia’s landscape needs big solutions that address the enormous complexity of the problem. A $60,000 grant is not going to scratch the surface of fixing the 465,435 acres of Wooleen Station, it would only cover a fraction of the costs of regenerating my own 111 acre property in Bobin.

So how do we combat these institutions’ reductionist thinking? And why should we care?

In 2014, the international Food and Agriculture Organization (FAO) released a report stating that if we continue degrading our land with business-as-usual agricultural practices we have, at best, sixty years of harvests left. Well, fifty-four now. Fifty-four. Something has to shift and, thankfully, it is— but it sure isn’t coming from the government.

While Wooleen Station is a hell of a long way from our Mid Coast hills and beaches, there are valuable lessons here about our approach to land management. “I realised we were missing out on the best part of the pasture,” Pollock says around page 105, “and the bit that made the whole system work — the perennial grasses. Perennial grass wasn’t just the ice-cream [for the cattle], it was the glue for the landscape, holding it all together. Of course, all of the trees, bushes, and shrubs hold the landscape together, but none so effectively as perennial grasses.”

Perennial grasses are a hugely important part of the land restoration required to reverse our degrading lands, to stop the clock on the FAO’s fifty-four remaining harvests and return sustainability to how we produce food.

Pollock and I certainly don’t see eye-to-eye on everything. He describes a reductionist approach to calculating the ecological impacts of grain versus meat production: The often touted “energy cost” comparison. Looking at something’s energy use is important, however, only if it is context. The whole cycle of the system’s energy use and output needs to be considered. Focusing solely on energy use is problematic because it does not take the whole growth cycle into account, nor does Pollock’s analysis differentiate between differences in management of crops or livestock. We are left with a false narrative: That meat is bad for the land. This is blatantly untrue. Animals are crucial to all ecosystems, even farm ecosystems; they just need to managed well. Preferably in ways that mimic their relationship to nature. It is reductionist thinking that fails to take into account the whole ecological process of well managed livestock and the benefits they can have on the land— carbon sequestration, building and maintaining degraded top soil, allowing rest periods for animal-free recovery of grasses and forbs which actually increases biodiversity and drought resilience. Remember those perennial grasses we were talking about earlier? They have a symbiotic relationship to grazing animals that helps them thrive under the right management.

All in all, The Wooleen Way is an enjoyable and often laugh-out-loud read, with some very valuable lessons and insights. Who knew that Scandinavian millionaires choose to holiday in WA cattle stations? Or that dingoes control fox and cat populations and actually help return endangered native species to the landscape. Or that managing our animals just a little better could mean more drought and fire resilience in our Mid-North Coast country.