THE DELIBERATE KILLING OF KOALAS 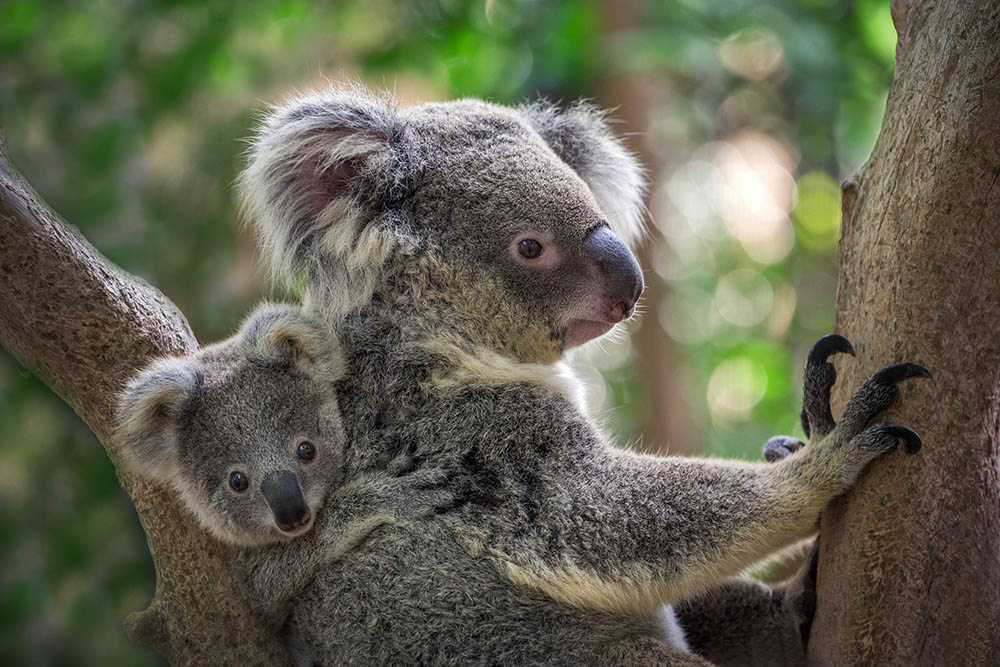 Why would anybody want to cruelly kill Koalas on a private landholding?

Cape Bridgewater, is a scenic pristine wilderness at the end of the Great Ocean Road, in Victoria, near to the South Australian border, one of the highlights for locals and tourists on their vacation trips into “real” Australia.

Cape Bridgewater and Bridgewater Bay, near Portland, Victoria, was named by Lieutenant James Grant, on board the ‘Lady Nelson’ on 4 December 1800. The Henty family settled this area in the 1860’s.

But now it’s known for a Koala Massacre which took place while the bushfire crisis was still unfolding.

It is claimed that possibly several hundred Koalas might have perished in January 2020, after the logging of a Blue Gum forestry plantation at Cape Bridgewater.

The Victorian Government is investigating if this ‘Koala Death’ incident breaches the Victorian Wildlife Act [1975] – an Act which protects Koalas [and other wildlife] from being killed, disturbed or harassed – which can attract a fine of $8,000 and an additional fine of more than $800 per Koala.

Those convicted can also face an imprisonment of six months. At the time of going to press no charges had been laid.

Victorian Environment Minister, Lily D’Ambrosio has described the Koala killings as an ‘abysmal act’ and has vowed to prosecute those responsible with the full force of the Law.

The Minister also stated  “It is a crime, it is cruel and it should not be allowed to be gotten away with.”

In 2017 the Victorian Government introduced mandatory reporting for Koala deaths and injuries which occur during plantation timber harvesting.

This was also reiterated by Victorian Premier, Daniel Andrews.

Plantation hardwood processing company [South West fibre Pty. Ltd] has denied being responsible for the Koala massacre. SWF has stated that it had complied with all legal obligations during its timber removing operations in October 2019.

It is reported in the media that Ross Hampton, CEO of the Industry body – The Australian Forest Products Association said –

“It is unclear as yet who bulldozed the trees with the Koalas still in them, but it is absolutely certain that this was not a done by a plantation or a forestry company.” – and reiterated, “We support all those calling for the full force of the law to be applied to the perpetrator.”

Mr. Keith Troeth, the sheep farmer who owns the Cape Bridgewater property, where the Koala Massacre has occurred [SMH 3.2.2020], has said the Koalas died from starvation.

However local activists, Friends of the Earth, say that the Koalas died as a result of bulldozers clear felling some remaining 12,000 Blue Gum trees (in late January, 2020) and all the remaining remnant vegetation into 10 kilometres of windrowed tree debris in piles with Koalas, dead and dying, in the mangled tree vegetation.

How long will it take the investigators to find any remaining dead Koalas in the wood piles? Could any have survived?

We are all aware that thousands of Koalas have recently died in the various Australian east coast bushfire firestorms.

Why has the landowner removed the remaining 12,000 Blue Gum trees, a Koala feed tree, from this 55 hectare property?

Why didn’t the sheep farmer [Keith Troeth] turn his property with the remaining 12,000 blue gum trees into a Koala Sanctuary?

Think of the tourist income he could have derived! Now he wants to graze a few sheep.

This is the Great Ocean Road, Victoria. This is scenic Australia at its best.

But from now on Cape Bridgewater will also become known as a place of environmental infamy.

And if we thought the new planning laws re koala habitat being protected ( SEP44) think again. The Environmental Defenders Office have taken a hard look and a report from Cerin Loane, Senior Policy and Law Reform Solicitor, and Rachel Walmsley, Policy and Law Reform Director, Sydney, point out that – “A new NSW SEPP – State Environmental Planning Policy (Koala Habitat Protection) 2019 – is due to commence on 1 March 2020. New Koala Protect SEPP 44 aims to protect koalas and their habitat, but its settings are weak and not targeted at the type or scale of projects with highest impact.

With koala numbers having been in decline in NSW over the past two decades, a revised Koala SEPP had been highly anticipated as an opportunity to bolster legal protections for koalas. Frustratingly, the finalised Koala SEPP does little more than tinker around the edges. The fact remains that NSW laws fall far short of providing tangible protection for koalas. And with koala populations and their habitats significantly impacted by the summer’s devastating bushfires, it’s going to take more than just a few revisions to provide our koalas and their habitats the real legal protection they need.

“A new state environmental planning policy is one legal tool intended to help koalas, but on our analysis the new SEPP 44 will remain largely ineffective in addressing the exacerbated threats currently facing them.  It took just weeks for almost a quarter of koala habitat in NSW to be burnt in the bushfires, while it has taken the NSW Government 10 years to simply update the list of relevant koala habitat trees in the SEPP. The need for enforceable and effective laws is now more urgent than ever.

“The new Koala SEPP highlights the overarching deficiencies in NSW laws to provide genuine protections for wildlife and nature. The way our laws are designed, very little is off limits to development or activities such as urban development, mining, and agriculture. While environmental laws provide processes for assessing environmental impacts, at the end of the day weak offsetting laws and discretionary decision-making powers allow destructive activities to go ahead to the detriment of our wildlife and natural resources. Contradictory policy settings in NSW laws mean that laws aimed at conserving biodiversity and maintaining  the diversity and quality of ecosystems (such as the BC Act) are undermined by  other legislation that facilitates forestry, agricultural activities and developments (such as the LLS Act, Forestry Act 2012 (Forestry Act) and Environmental Planning and Assessment Act 1979 (EP&A Act)).

“Many of the recent initiatives by the NSW Government to address koala conservation have focused mainly on funding and policy, without substantial legislative or regulatory reform to increase legal protections for koala populations and habitat. The new Koala SEPP is no exception. While some improvements have been made, particularly in relation to the definition of core koala habitat, overall many concerns remain and the new Koala SEPP 44 is unlikely to result in improved outcomes for koalas.

“Until our laws are strengthened to truly limit or prohibit the destruction of koala habitat, koala populations and their habitat will continue to be at risk and koala numbers will continue to decline in NSW, possibly to the point of local extinction.”

We Need Our Bush

It is a stark reminder to protect the significant koala habitat in our area. To show we are people who put the symbolic gentle koala ahead of short term greed.  We need quiet places in nature to walk in shady calmness knowing there are quiet creatures around us also healing.

We need our bush more than another ugly housing development with grey eaves abutting and not a tree in sight.

And if we value the natural beauty given us in our land and rivers and coast, others will come to see and to share.

The recent dramatic and tragic months have brought not only our community a little closer, but forged a bond with other communities across the country doing it tough. While leadership may be lacking, we find our strength in family, friends, neighbours and love of country.

It’s a painful lesson to know that these are times we must endure, as will future generations, until sanity, action and wisdom prevail in the knowledge our climate and our planet will never be the same again. We can act to mitigate and protect if we’re quick, but we can never go back, so our fragile future is in our hands.

We must call on, and call out, councils, government agencies and our political leaders to do more, do it way better and do it fast.

The future is here. You have a voice and a vote. Use them. 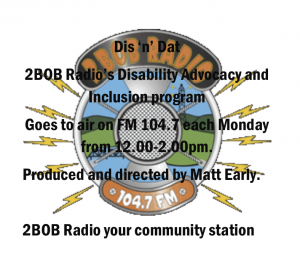 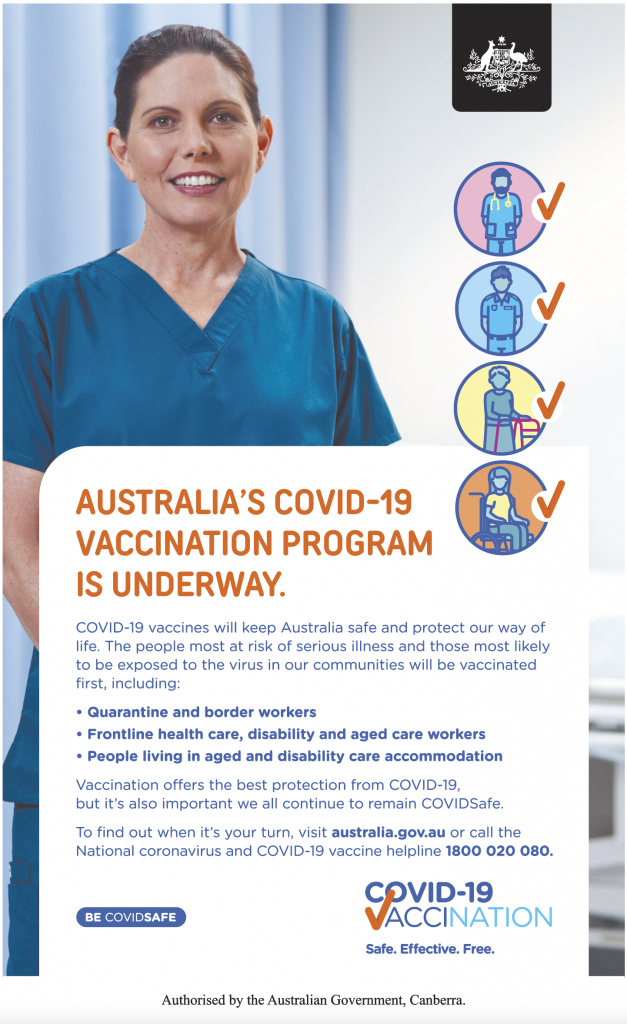