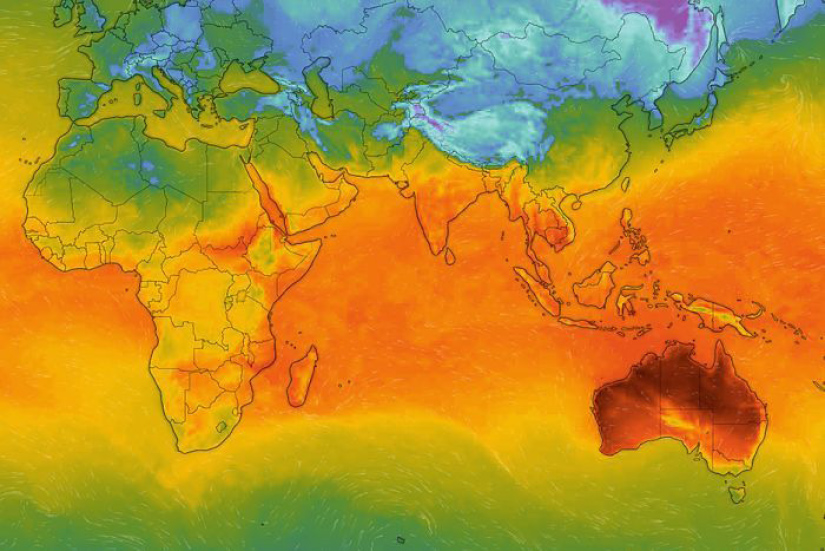 It’s usually this time of year that most of what I read, see and hear is based around the summer season temperatures; its increasing looming presence and the heat that causes detriment to our flora and fauna nationwide. The heat has already contributed to some of the catastrophic environmental events experienced recently and is ongoing. It’s devastation and impacts alone on our local community are recognised before even turning on the TV and seeing what our neighbouring states of Victoria and Queensland confronted with is enough to evoke conversations in context of climate change, global warming and politics. I am not a part of the latter nor a meteorologist; rather I see things from a horticulturist’s point of view. But still, the media has inspired me to write this article as there seems to be a common reprieve even if it’s just lowering temperatures; that being the planting of trees.

There’s always information out there educating on ways to be conservative of water and deal with drought conditions as they occur. Such as selecting hardier plants, mulching, and ways to save water in the home etc (some of which I’ve written about in previous articles). However, as the anecdote goes “prevention is better than cure”. This “prevention” or means of cooling temperatures may be achieved by the addition of trees.

Every summer I read about the heat’s

impact. One piece I recall was where real estate prices were being negatively affected in Brisbane as a result. This was due to the clearing of land for an increasing population. Subsequent clearing meant that trees and vegetation were replaced by man-made reflective surfaces that ultimately skyrocketed temperatures. The heightened average temperatures due to the housing development and suburban subdivision caused many issues with regards to promoting the new area to potential residents and resulted in market prices much less than projected.

Moving away from economics; the removal of vegetation almost always leads to a loss of habitat and destruction of ecosystems and biodiversity and is often discussed and debated over in the media also.

More recently, I recall an article from news.com.au this time last year detailing the study of Metropolitan areas; in particular-Sydney and the impact of vegetation and its relationship to the ambient temperatures throughout the suburban streets. A thermal image which headlined the piece and initially caught my attention perfectly illustrated two streets parallel to each other-one lined with trees, and the other without. The temperature difference was as much as 10 degrees as indicated by the contrasting colours. This was attributed just by the presence of shade offered by those planted trees. Emphasised more by the fact that these parallel streets were only 200 metres apart from one street to the other.

And if you’re on social media you may recall other thermal images doing the rounds. Some of which being from the ABC depicting Australia as nearly black in thermal images taken of the world on a hot 2019 November day whereby the surrounding countries exhibited a startling and much lighter contrast of colour in comparison. This showed that Australia was by far the hottest continent on that day and this proved to continue several other days thereafter.

However, the leading article that sticks with me provoking thought is one with the headline: “Australia: World’s First Climate Refugees?” Now of course shock value of this headline is deliberate and designed to conjure worry and begin conversation whereby the publisher’s name and awareness of the author is increased along with the drama it causes. Whilst creating controversy it does get cogs turning and makes one contemplate what we may be privy to in the years to come. Along with myself wondering what the subsequent articles published upon future summers will describe.

The dramatic and disheartening nature of these articles and media is increasing as time passes and possibly rightly so, correlating with the severity of each succeeding Aussie summer. It seems we are constantly with fears or facing drought, flood or other severe weather conditions. Whilst trees are not the definitive solution for all; they do seem to have a positive impact on the wellbeing of ecosystems which we rely on.

I see it as an opportunity for getting your hands dirty and planting trees. All our gardens, even though there’s fences in between them, are connected by biodiversity and through our flora and fauna life. Everything that we can do in our little patch is actually improving the outcomes for the bigger environment through not only lowering temperatures by providing shade, but by also encouraging foraging and habitat for fauna, supporting microorganisms within soil and even through nurturing our mental health via the self-satisfaction of growing something.

Regardless of opinions about climate change, politics and beliefs; It’s safe to say and put bluntly by the examples above that… its bloody hot! And is becoming increasingly so for longer periods over the consecutive seasons. For those that disagree; you might light-heartedly put it down to the fact that while writing this I’m probably just getting old and aren’t as resilient as I used to be. Either way; whether it’s for climate change or to make a granny feel cooler; trees seem to accommodate and be good relief for both.

The next article’s focus will be on tree species that do well in our local area, actively support biodiversity, and most of all- provide dense canopies that can lower temperatures contributing to slightly cooler days in our ever-searing summers. 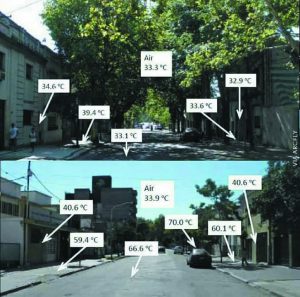