Cyber bulling, the youth and the law 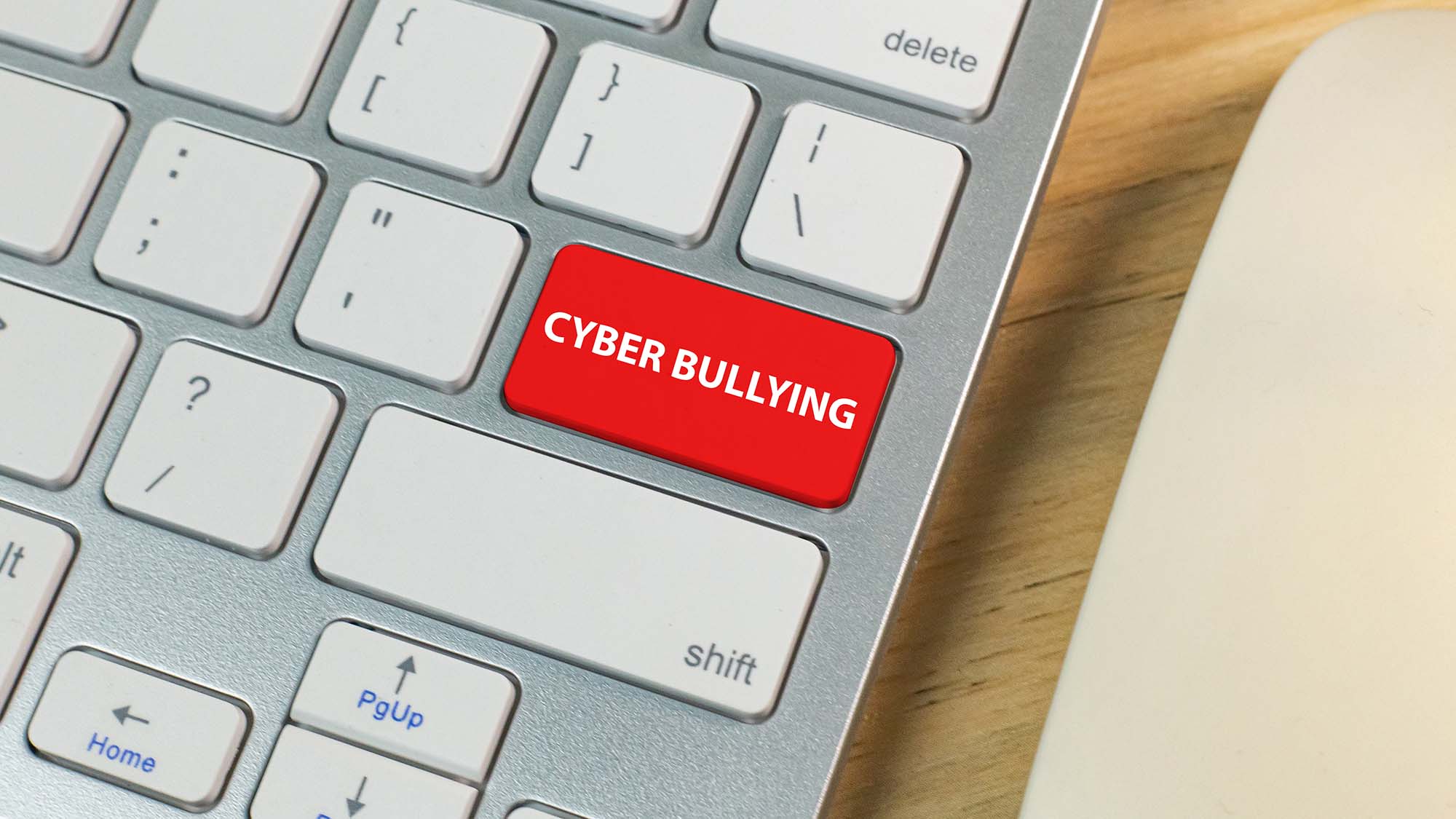 Q: We often hear in the media about cyber bullying, but what actually is it?
A: If someone is bullying another person by sending emails or messages or saying or doing things online more often than not it is referred to as cyber bullying.

Bullying is a behaviour which is designed or orchestrated to make someone feel hurt, upset, scared or embarrassed. This behaviour can happen in many different ways including, but not limited to, sending negative, embarrassing or threatening comments on pictures or by spreading untrue rumours. Unfortunately, this is a new phenomenon and the law in this area is complicated.

Legally in general terms, it is a crime to use a phone or the internet in a way that is menacing, harassing or offensive. Cyber bullying can be a crime under the law if it involves frightening someone by threatening to harm them, continuing to annoy someone with emails or texts, or making a post that makes another person feel seriously threatened, angry or upset.

In NSW if the behaviour involves stalking or intimidation, then you could take out a restraining order. Stalking is generally where a person keeps giving someone else unwanted attention such as contacting them or following them.

Generally, intimidation is when someone harasses someone else. This could be by posting or sending offensive material not only to the person but to their followers or doing anything that may make them feel scared which can include communicating online.

Cyber bullying can also be a crime if it involves the use and communication of nude or sexual images of another person without their consent or even just threatening to do so.

Hacking into someone’s online accounts or accessing their information is considered a serious offence. It is a crime to use a phone or the internet to commit such an offence. It is also a crime in NSW to publish or post online untrue stories, lies or defamatory information, especially if the aim is to cause a person serious harm.

If someone has committed some of the crimes above the consequences can be serious. You could be investigated and charged by the Police and if found guilty, that person could end up with a criminal record which could even incur a jail sentence.

There is a new appointment called the e-safety Commissioner. That Commissioner can investigate serious cyber bullying if it is targeted at someone under the age of eighteen. It is necessary to make a report and then the Commissioner decides whether or not to act. The Commissioner has the power to request social media services to remove material or to approach people who are involved, such as schools and parents, to help stop bullying.

A helpful resource could be the e-safety Commissioner’s website – www.esafety.gov.au.

It includes information on understanding online bullying, information on how to safely use resources online and information on how to make online experiences enjoyable for children. You can also make a complaint by visiting this website. However it is important to collect as much evidence and information as you can before making a complaint. It is also a good idea to report the issues to the social media service where the bullying you allege is taking place. The e-safety Commissioner works with social media services and often relies upon the Enhancing Online Safety Act 2015 for some clout to remove serious bullying material targeted at an Australian child.

If you have come in contact with the Police for whatever reason, whether it be cyber bullying or some other activity, it would be a good idea to stay calm and respectful towards the Police, as aggressive and violent behaviour will only make things worse, especially if you have done nothing wrong. Many people get themselves into more trouble by behaving aggressively and erratically when they are with Police. Even if you feel like you are being treated unfairly at a specific time it may be to your advantage to make a complaint afterwards rather than in the heat of the moment.

You could always use your phone to take notes and pictures in relation to the situation however do not record a conversation if you have not informed the person, as you will be breaching the Listening  Devices Act 1984 as you have not informed the person that you are recording the conversation. This is why people are repeatedly told that in any conversation you have with another party that the conversation is being recorded for training purposes or such other circumstances. This is to allow them to use the recording in any Court case which could be civil or criminal.

The Police have powers including search powers without necessarily having a search warrant. The Police must have reasonable grounds to believe that you have in your possession stolen goods, weapons, illegal drugs, dangerous articles or something that you may use to commit a crime. The Police can also search your person.

There are two main types of searches including frisk and strip searches. The Police must have someone of the same sex carry out the search and allegedly not embarrass you and if possible, they must have someone else as a witness. If you are being difficult or under the influence, then the Police Officer is allowed to use reasonable force to search you and they can also arrest you if you do not cooperate.

If you are not sure why you are being searched, you can always ask the Police Officer to clarify why they are searching you. If you believe the Police have behaved inappropriately it is probably wise to make a complaint afterwards rather than arguing.

A frisk search is like a pat down or having a metal detector run over the outside of your clothing, the purposes of which is to find weapons or drugs. The Police may also check around your clothes and in your pockets while you are wearing them. A Police Officer is not meant to search in your private areas unless they think that it is necessary, especially if they believe you are hiding something internally.

At school the Police can search your bag and locker for dangerous items and often as we have seen in the news, sniffer dogs have been implemented at music festivals despite the very low success rate.

You can be arrested by the Police if they believe you are about to commit a crime, are in the process of committing a crime, have committed a crime, or are in immediate danger to yourself or you’re about to cause harm to someone else or their property.

You can be arrested or searched on the basis of a warrant which is obtained from the Court based on reasonable grounds that the Police may have – which is often obtained under surveillance.

If you have been arrested, the Police can keep you detained for up to six hours unless they get special permission from the Court to hold you longer. If the Police request that you attend an interview, you cannot be forced to attend unless you are under arrest. Further, if the Police ask you to go to the Police Station with them, you should make an enquiry as to whether they are arresting you and if you are not being arrested then you do not have to go.

Prior to any Police interview, the Police should inform you that you can call another person, family member or lawyer. If you make this choice, you should be able to speak with that person in private.

If you are under the age of 18 you have the right to have someone over the age of 18 with you while you are being interviewed. You also have the right to remain silent other than to provide your name and address. This means you do not have to say anything in the interview with the Police. However it may be in your interests to speak to the Police, especially if you deny the allegations they are suggesting and you have proof that you did not commit the crime they are alleging.

One conviction for which a prison sentence of more than six months was imposed;

Convictions imposed against body corporate; and Convictions set out in the regulations.

A conviction can become spent even if it is a conviction for an offence outside of NSW.

If an offence is proved or a person is found guilty without proceeding to a conviction, this will mean that the conviction is spent immediately.

For example, in the Children’s Court an order that a charge be dismissed, and a caution given, means the order is spent after the caution is administered. The time is usually commenced after the completion of the good behaviour bond or participation in an intervention program and all conditions are met.

If a person is convicted by a Court, excluding the Children’s Court, the crime-free period is any period not less than ten consecutive years after the date of conviction for adults. In the Children’s Court, the crime-free period is any period of not less than three consecutive years after the date of the order.  During this time, the person must not be convicted of an offence punishable by prison and must not have been in prison or unlawfully at large. The advantages of a conviction being spent is if you have a spent conviction you do not have to disclose that conviction to any person including a Commonwealth authority, unless an exclusion applies. It is unlawful to access, disclose or take into account spent convictions of Commonwealth offences. You should be aware that your conviction does not disappear completely, it still remains part of a disclosable conviction when you apply for a National Police Check.

If you have any questions or queries about your criminal history and a way to cleanse it perhaps you should seek legal advice.