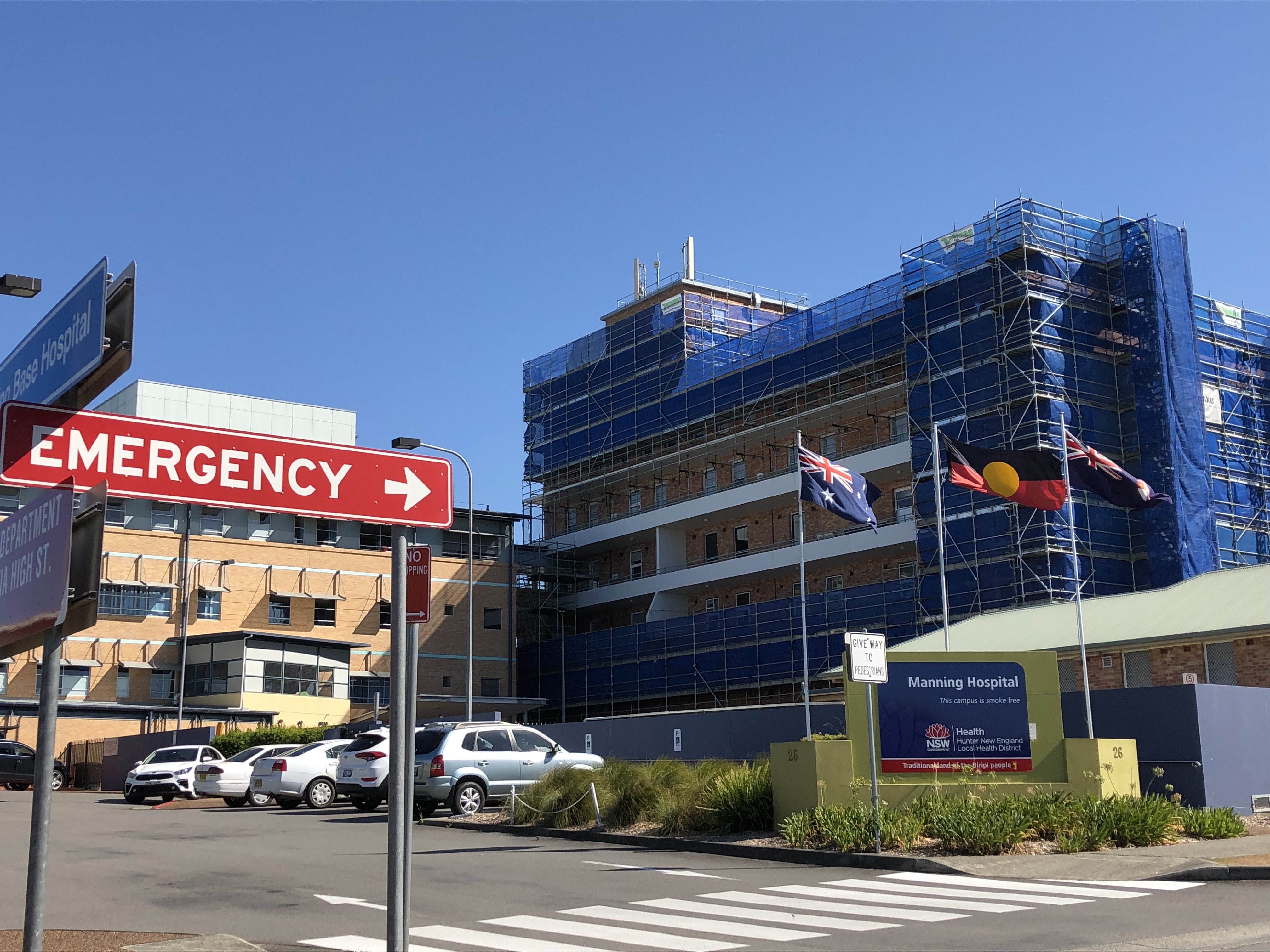 It Might Be The Only Way To Save It!

Times are getting desperate at the (now called) Manning Rural Referral Hospital. The title signifies its downgrading.

In a frustrated and wide ranging talk, a medical specialist from Manning Hospital came to us to share his frank frustrations at the state of Manning Hospital and its fragile future. Needless to say he wishes to remain anonymous to protect his job.

“Management tries hard but like a lot of rural hospitals if you want to get ahead you have to know the right people in the right places. If you’ve done all your time in one place it’s hard to progress upwards and you don’t have the experience either. Many staff stay as “acting” in the role. When you have to compete in a bigger pond, you learn to be strong and not be intimidated. You learn to fight for what you want a bit more.

It’s not enough for Management to shrug and say well we tried. We’re going backwards.  Frankly if they shut the Manning Hospital that might get such a reaction there’d be the political will to sort it out. Then a decision would have to be made, though frankly we need new political representatives.

The emergency department is run generally by CMOs -Career Medical Officers- who may be senior but the College of Emergency Medicine does not consider them to be suitable for supervising trainees.

This lack of specialists again gives John Hunter Health a reason to say we don’t meet the standards of  emergency medicine training so we can’t have trainees. With no trainees it makes it hard to get senior staff.  Some come and are keen initially but then they start hitting road blocks at every level so move on, which means resources don’t come to us as we don’t have the qualified staff.  The recruitment rate is low, the retention rate even worse.

Without trainees and no juniors to support them, senior doctors don’t stay for long. At least half a dozen who recently came from the UK, Ireland, Germany, stayed for some time, then once they’ve made contact with other hospitals they move on.

Working here is very hard as there’s no junior staff and you hardly get a toilet break. If you’re a specialist you need a supportive team with you as there’s too many patients for just two eyes. The specialist would see the sickest patients then provide guidance to the others as we have only interns and very junior doctors.

Is it any wonder they soon look around at the private system where they can be paid five times as much as working at the Manning as a staff specialist  on a fixed salary which is capped at 40 hours a week. Even if you work 60 hours you aren’t paid for that.  Sometimes you might get some time off in lieu but that’s almost impossible because of the work load.

Our anaesthetist department is struggling. When everyone is a visiting consultant the majority of the work depends on locums which means we’re scrabbling to find one on a day to day basis which can be thousands of dollars for several days. But for the person responsible for finding staff on a Friday afternoon, and the only available anaesthetist they can find is in WA, what the heck, bring him in we need him.

So when HNEH see us doing crazy things like flying in a locum from WA they probably think, the Manning Hospital has no chance to survive.

All we are funded for are two ICU beds and two High Dependency beds compared to Port Macquarie Hospital which has 10-12 beds in intensive care, Coffs Harbour has 10 beds,  and I think even Tamworth has 12 beds now. Dubbo is building an ICU unit with 12 beds.

That means no surge capacity (when there’s an increase in demand)  when there’s only resources for two beds allotted to us.

We have the physical space but it’s not being used, as there’s no budget, no facilities or resources. So it’s always a nightmare for middle management to try and find and chase staff every day!

When they did get us some money they built a car park which is already obsolete. There’s little chance you can find a parking place in daylight within 200 metres of the hospital. They closed the top floor for all the hospital fleet cars, for visiting staff, community services and so on. Why do we need so many fleet cars? We expected at least there’d be more car park spots. It hasn’t delivered. 80 percent of the nurses park in Aldi up the road.

When a position was lost the hospital has not chased up a replacement. Once a service is lost and you don’t recruit, forget it.  We have no Ear/Nose/throat person and waiting lists for any ENT procedure is super long. If you need an ENT treatment and are told its not available here then you don’t march outside the hospital and protest. You find somewhere you can go and get it done.

But as an administrator you should use this as a leverage to show we need someone on a permanent basis, rather than let it slide and look at it as a budgetry saving.  We had a pathologist retire and I don’t think there’s any intent to recruit another one.

There should be some yardstick to show why we need more resources. If we are constantly over budget there has to be a reason.  We are not privy to what sort of a fight management and admin puts up for us to truly reflect our needs to HNEH.

Yet when the whole state recruits for junior medical staff we never advertise in a timely fashion. Do we expect someone to just turn up in Taree looking  for a job?

Ideally we want people who come here to work and stay here and have some quality family life.

Management’s role is to ask for more resources! Squeaky door and all that.

For now we just stagger along.   Forster people were keen on Bromhead’s promise to build a hospital there because they feel the Manning Hospital is going downhill.

In Forster there seems a higher proportion of patients who drive to Sydney or Newcastle for elective procedures and also a lot of GPs in Forster have stopped referring patients to the Manning.

And when it comes to cardiac patients the most we can do in Taree is an echo cardiogram, but if you think the patient might have a blocked artery why would they want wait to do an Echo in Taree  then wait to be transferred  to Newcastle or Port Macquarie.  Patients get annoyed too they think, why am I being messed around like this when I could have a heart attack.

OK we don’t do brain surgery or complicated heart surgery in Taree, but we should at least try to offer the same services which are offered in similar size regional hospitals.

Making our bottom line look good to Newcastle has diminished the role of the Manning hospital in our community.

It’s all very well to say use it or lose it. We need everyone to get out on the streets and demand more.”

(The point made by the passionate and caring medico above, is that medicine is truly a calling. Doctors who spend years training and honing skills and knowledge, want to practice. Yes, they want a life too, but being able to work in a field of caring, curing, and saving lives is not “just a job.” And if they don’t have the means, the facilities or the support to do their job, they’ll move to a hospital where they can.

We don’t want to lose out hospital. We need to show our support and demand more for the Manning Hospital.

John Hunter Hospital in Newcastle has been given 780 million dollars for a new “extension.”  They have a very pro active and demanding CEO.  We need to demand that the Manning and surrounds also deserve more. Our lives depend on it.  ed.)