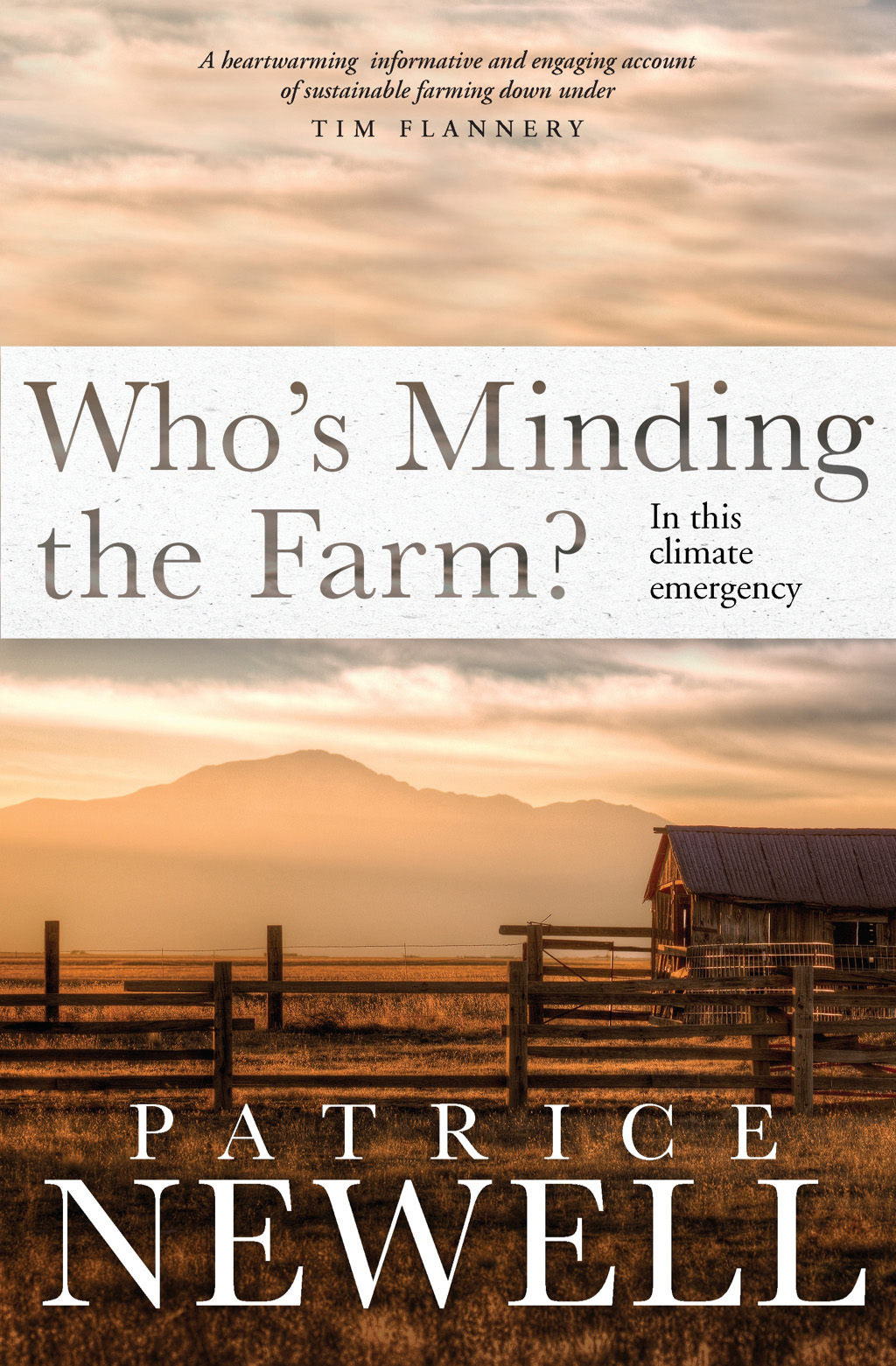 A self described ‘proud dirt farmer’, Patrice Newell considers there should be a Minister for Soil.

In December 2013, the 68th UN General Assembly declared 5 December as the World Soil Day to celebrate the importance of soil as a critical component of the natural system and as a vital contributor to human wellbeing.

Patrice believes some soils are exhausted. She writes ‘Inevitably it was Australia’s pioneers who began the process of the great soil loss — the structural depletion, the acidification, the compaction and the nutrient loss, in a country whose thin soils didn’t have a lot to begin with. Habits are hard to break, and those bad habits that started the destruction linger on, but the spread of drug-addicted industrial agriculture in this epoch of agricultural imperialism cannot continue. It must not be the future.’

As Patrice confronts what she considers ‘this climate emergency’  she also gives us snapshots into life at Elmswood, the 4000 hectare property in the Hunter Valley that she farms with her husband, broadcaster Phillip Adams.

Patrice describes life on the farm. She tells us how she learned to grow garlic, how she prepares it for sale, and the trials and tribulations of learning how to market it online whilst dealing with the appalling internet service many rural dwellers are forced to accept. She introduces us to the workers on the farm who have become loyal friends, and the Willing Workers on Organic Farms, or woofers, who have shared her passion for the Elmswood property.

She also writes about the darker and more sombre side of rural life.  She describes finding sheep that have been killed by wild dogs, and the need to control feral animals so that domesticated animals and the native wild life can be preserved.

Patrice tackles the topic of rural mental health and the alarming number of rural suicides.

She describes how once thriving communities have seen businesses close down, the young people move away and the general sense of despair caused by the drought as people contemplate how they might continue to survive on the land.

Other advice includes that we need to regenerate and repair the land. We need to rethink the way we farm and in particular the use of chemical sprays and fertilisers. We need to be aware of the consequences of common and sometimes unquestioned practices such as over grazing, poisoning weeds near creeks, riverside clearing and cutting down old trees for firewood.

Patrice wants communities to work together to overcome these problems. Her vision is of a community of people who care for each other by also caring for the land. A vision of farmers prepared to respond to the climate emergency with new ideas, and of agriculture being driven by environmentalists and of environmental policies beginning at the farm gate.

The answer to the question posed by book’s title is simple. We all need to mind the farm.