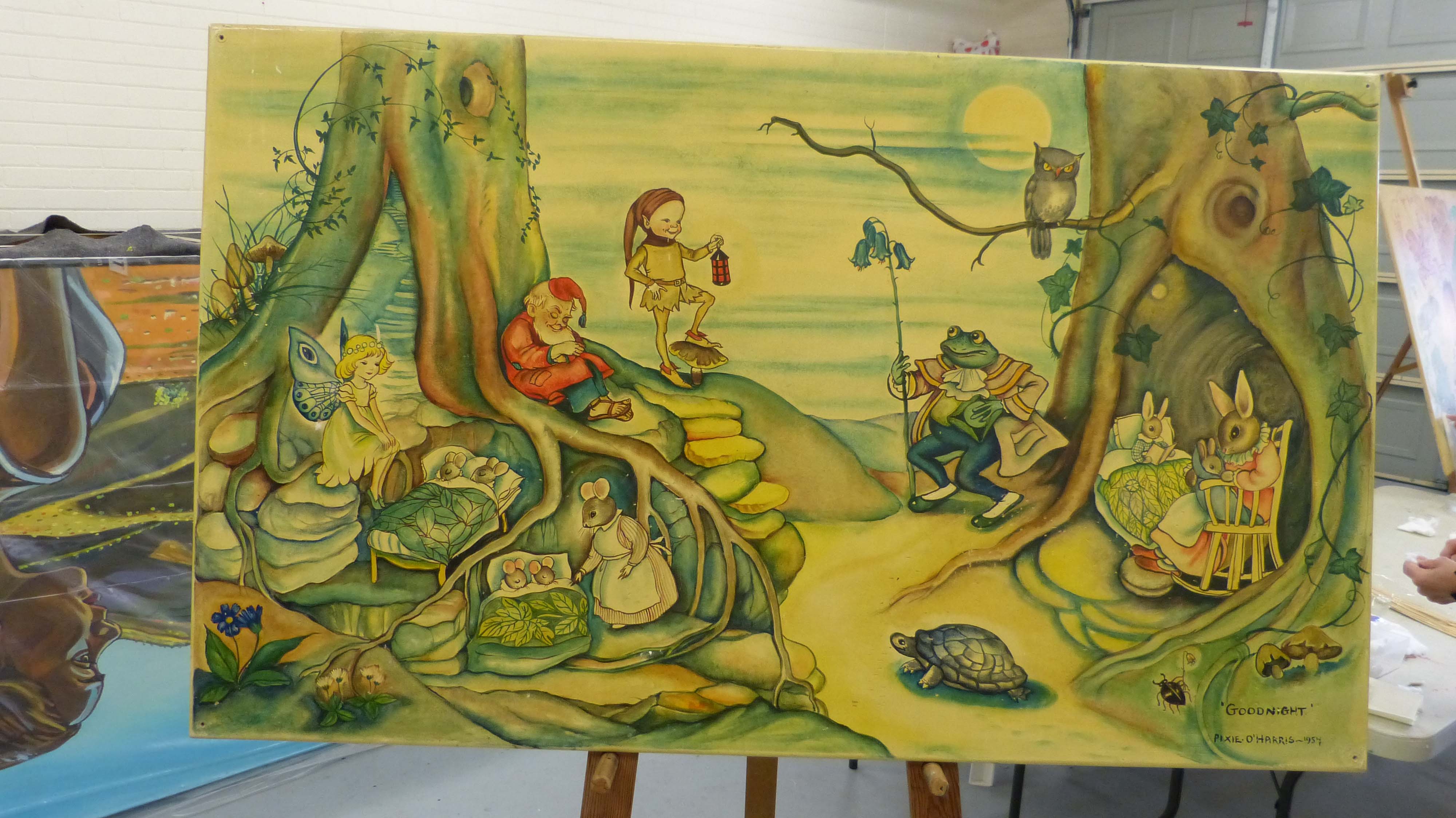 (Following our story on the discovery of the Pixie O’Harris paintings at Manning Hospital, Dr Philip Walkom fills in
some background.)

“Originally the obstetrics ward was above what is now medical records and I did notice the Pixie O’Harris paintings on some of the walls around the hospital, I believe in the late 1980’s.

Over the years they seemed to yellow with age and some had been damaged by trolleys and by handling as there was no protection to the paintings surface. I did comment to the hospital CEO at some stage in the 1990’s. Then  a few years ago our labour ward was moved to it’s present position and I was aware that the pictures had been removed from various areas due to restructuring.

I had a word to Art Curator Sue Mitchell in her time as director of the Manning Regional Gallery and suggested it would be worthwhile approaching the hospital about having an exhibition of these paintings as I felt they were of some historical Australian painting folklore due to their naive and whimsical fantasy nature.  I had wondered previously about their relevant history if purchased or given to the hospital. It somewhat surprised me they were on some of the general ward walls previously.

Fortuitously Sue made enquiries and found out there were more paintings in storage and has subsequently organised currating and restoration of the works.  I was not aware of that process but I am so pleased that this small piece of Australiana will have exposure to the general public in January 2020 at our Regional Gallery.

As a long time major sponsor of a biennial art exhibition both my wife Dusty OAM and I have tired to encourage the arts in Taree and have also sponsored  the Taree Film Society and the Taree Arts Council. We were only too happy to buy a seat when the MEC was in construction. We are also honoured to be Patrons of the Regional Gallery. We do have a small art collection ourselves and like to encourage our local artistic culture.

It would be proper I feel, for the hospital to relinquish ownership or grant long term loan to our art gallery with a view to enabling  a touring exhibition.  Hopefully our local council could be approached to give support as we do have a growing city art collection.

I personally will feel delighted to see Pixie O’Harris’s works in all their glory after restoration and thanks should be given to Sue Mitchell for following up my suggestion to preserve the works . It is very much to her credit.”