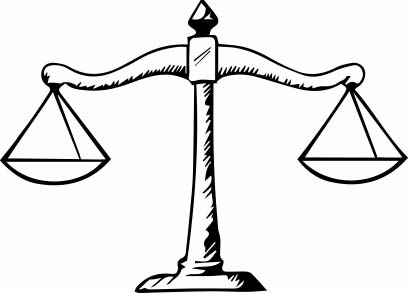 We all probably know someone who has been through a divorce or property settlement.

You may have heard via the media that due to the back log, delays and costs associated with commencing any family law actions, a report was commissioned by the Australian Law Reform Commission. The report is called “Family Law for the Future – An Inquiry into the Family Law System” which made sixty recommendations to reform the family law system. We will need to wait and see what recommendations are taken up by the politicians, however, there are four significant changes.

Currently there is the family court, federal magistrates court and the local court, all which have jurisdictions and can hear family law matters. The report recommends simplifying that structure to establish state and territory family courts, together with child protection and family violence matters. The report envisages that the state and territory courts become the primary courts for resolving family law disputes and that the current federal and family court be abolished. The purpose is to hopefully address the structural problems that both lawyers and litigants are faced with when having their matters heard in the court system as each court currently have their own set of rules, forms, procedures and courts. This would be a welcome change.

The second important recommendation is to expand family dispute resolution with emphasis on financial disputes with a requirement to demonstrate that genuine steps have been taken to resolve the dispute before commencing court proceedings. Currently the precondition for going to court is to provide disclosure of all your assets and liabilities. Normally, parties will enter into some form of negotiation, however, if that negotiation does not take the matter further then the only choice is to commence court proceedings.

Thirdly, the report now focuses upon a number of recommendations aiming at moving the focus from an adversarial approach to more of a relationship building, and the management of conflict between the parties with the overarching purpose to be clearly stated in the Family Law Act 1975 as being ‘the just resolution of disputes according to law, as quickly, inexpensively and efficiently as possible, and with the least acrimony to minimise harm to the children and their families’.  The lawyers would envisage that there would be much more focus on mediation and a collaborative law approach to solving family disputes, especially in relation to property settlement and children.

This sounds all well and good, however, the parties must cooperate and come to terms with the legalities of a property settlement, often which one party may seem to be unfair depending on their perception as to who made the most significant financial or non-financial contributions.

Fourthly, currently the Family Law Act rules and procedures are extremely frustrating for lawyers who operate in this area. There seems to be endless forms to be completed and hurdles to be jumped. The report reported that the current system is complex, unwieldy and difficult to use which is often reported by lawyers and clients. The report also acknowledged community concerns about both the complexity and the way in which outcomes are determined, especially in relation to what is in a child’s best interest. The arrangements for the children can have great impact upon the property settlement and the ability of parents to communicate with each other.

The current decision-making process can be overly complicated. It is also recommended removing the presumption of equal shared parental responsibility in favour of a presumption of joint decision making.

We will wait and see as to what the practicalities are with such changes. Because of the expense involved in the family court or resolving family law problems, the family advocacy and support service was recommended to be expanded to provide case management to clients who are engaged in the family law system. The report also recommended the expansion of this system to other courts as well.

Artificial Insemination, who is recognised as the father? Here’s the latest update !

While we are talking about the family court, there has been a recent high court decision which has expanded the definition of a parent.

This landmark decision confirmed parentage rights to a man who donated his semen to a woman who wanted to have a child. This is the recent high court case of Masson v Parsons (2019) HCA 21, where an appeal by the father from a judgment of the full family court was made concerning parenting orders under the Family Law Act 1975. Briefly, the facts were that a man, (the father) in 2006 provided his semen to the woman for her to conceive a child by artificial conception.

The donor intended to be a father to the child and provide her with ongoing care and support. In fact, his name was on the birth certificate which can be unusual in some circumstances.

The child always lived with her mother and her mother’s partner. The biological father did remain involved with the child’s support and upbringing and enjoyed a close relationship with her.

However, the NSW Status of Children Act deemed the father not to be the child’s parent because she was conceived through artificial insemination.

There are specific provisions in the Family Law Act in relation to who the parents of children born through artificial insemination are, however, the father did not fall within those provisions. The full court of the Family Court held that the NSW legislation was applicable in family law proceedings and for this reason the father was not the legal parent of the child.

The High Court’s decision is a significant decision about the meaning of parent, especially involving artificial conception.

Finally, those who are seeking legal assistance will be able to find help through Law Access NSW.