Bob & Co Make A Pit Stop With Us 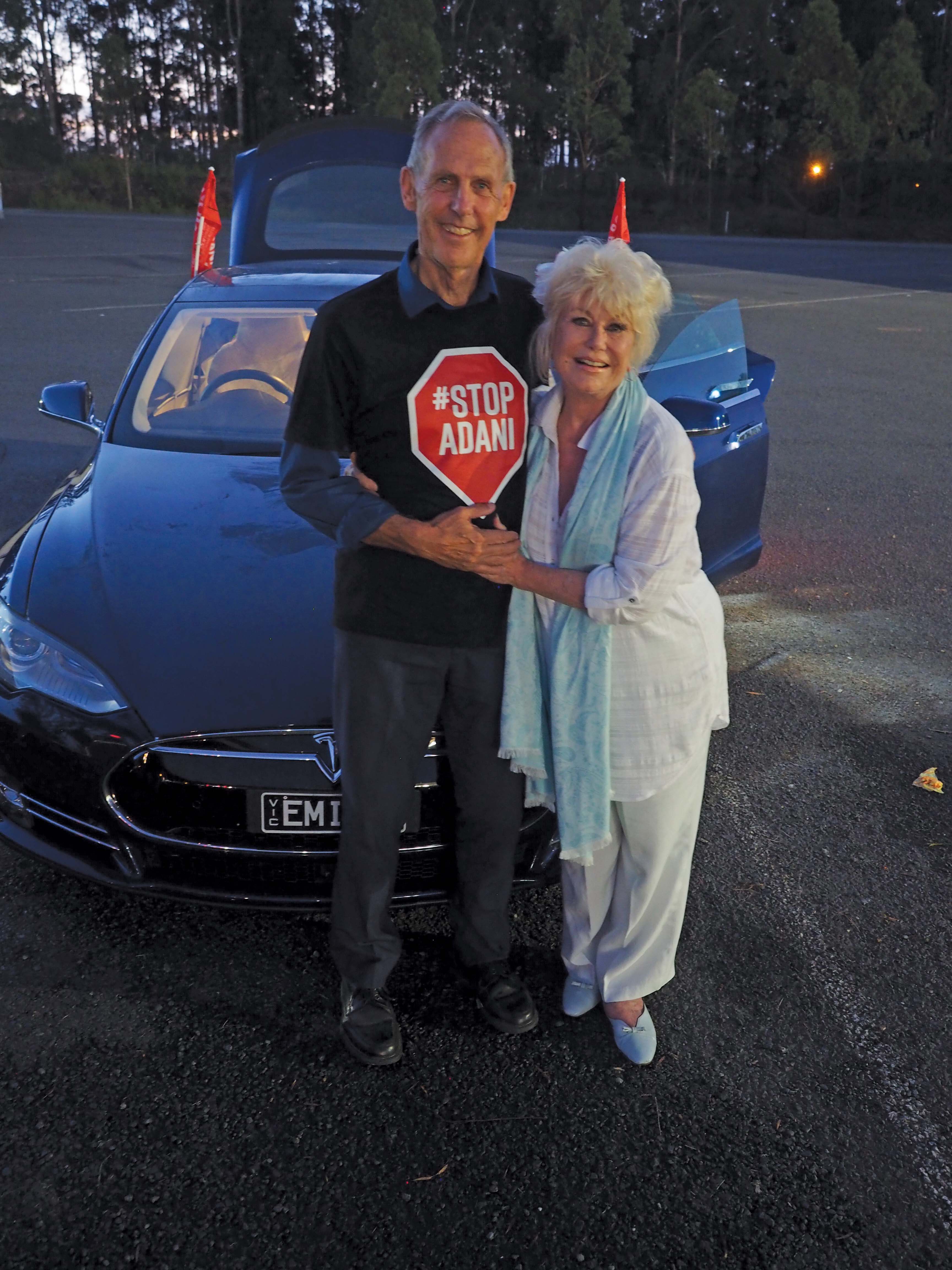 The irrepressible Bob Brown, his partner Paul, members of the Bob Brown Foundation, and a convoy of supporters are driving  to Queensland to raise awareness …yet again, at the madness of allowing the Adani mine to go ahead.  We had a quick look at Bob’s loaned electric car… talked to young supporters driving a massive truck to Queensland to fight Adani who were filling up on vegie oil at the Servo in Purfleet. I gave Bob and Paul fresh figs from the garden and some early Easter chocolate.

Bob asked readers to become an “earth warrior” and stand up and speak out.