WHAT A TRAVESTY AND A TRAGEDY! 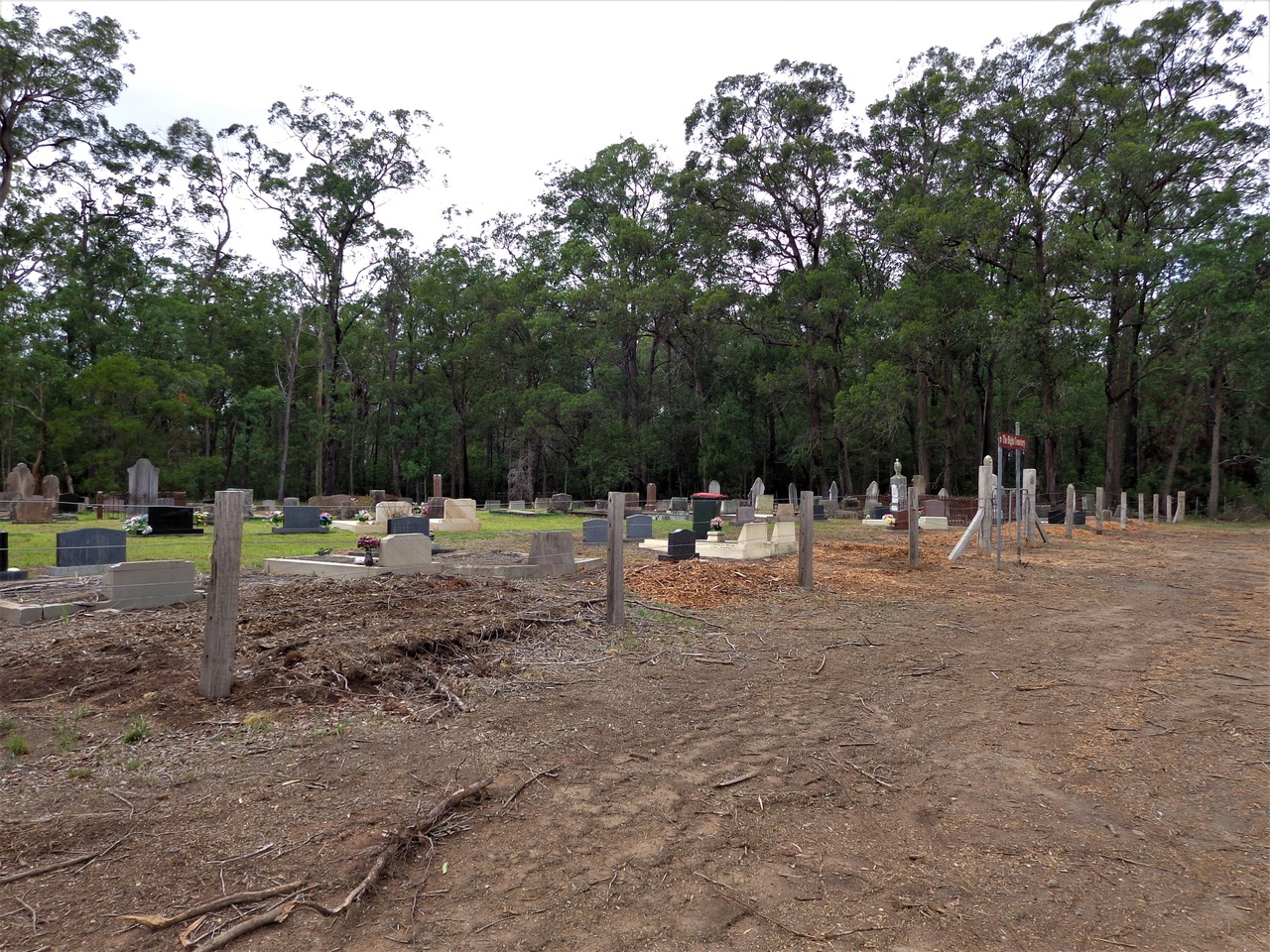 Bight Cemetery on the Tinonee Road outside Wingham

The charming, peaceful and historic Bight Cemetery on the Tinonee Road outside Wingham, has been a treasured landmark for decades. The first grave goes back to 1859 and it is the sheltered green and shady resting place for many of our Scottish pioneers.

When two of the wonderful ancient cypress trees that screened the beautiful cemetery came down in a recent wind storm, and cracked several headstones, without any consultation it seems, certainly not with councillors, the gungho council loppers went in and destroyed the whole lot. Every mature beautiful valuable tree.

Did they know that Cypress trees are classical cemetery trees and were planted decades ago for that reason. Cypress trees are a universal sacred symbol. It was known as the “mournful tree” to the ancient Greeks and Romans. Long-lived, it symbolised eternity. Unable to recover from severe pruning, the Cypress symbolised the fragility of life, the Death which awaits us all, and the underworld.

Both Christians and Moslems planted Cypress trees in their cemeteries for protection against evil spirits. Christians believe the cross of Jesus was partly constructed of Cypress and they are a further symbol of self-sacrifice.

Dan Aldridge, the chief culprit, has a title that says he is in charge of Community Spaces for MidCoast Council. Well if that doesn’t now set off alarm bells for every tree in the electorate, we’d better be prepared. His reasoning is that he had an arborist’s report claiming it was necessary to butcher every single tree. We would like to see this report, and know who the arborist is, and what are his qualifications to make such a radical decision. And don’t give us public safety. No one would have been in that cemetery during that horrendous storm. Families quietly visiting their loved ones are not going to be there in a lightning storm of intense magnitude which is what it took to bring down the two trees taking the brunt of the storm in one corner.

Headstones can be Repaired

I’m told another two headstones were broken by Council in their tree butchering. Headstones can be repaired, not the same when they’re super old, but nonetheless it can be done. Mature trees of immense ecological, and as we now know, life giving, air quality, are not easily replaced.

The community is outraged. This war zone is now exposed and a target for vandals. What was a beautiful and magic little famous cemetery, is now an eyesore.

It was always particularly calming and pleasing to drive past the Bight Cemetery to see those magnificent trees, not only aesthetically, but also knowing it is the old mature trees, the big fellas, who are replenishing oxygen and absorbing carbon dioxide from our atmosphere. These mature trees are the major solution to our air quality now that oceans are so polluted. Another reason is all the land clearing is wrecking havoc for wildlife habitat and air quality. Replanting a piddling little lilly pilly hedge around the Bight Cemetery for “public safety” is ludicrous. A cop out. And as to planting new trees,.. well let’s hope the planet is still functioning in another 60 to 100 years.

The Council cancelled their tree preservation order legislation and put in place something called “greening” of our land.  Don’t be fooled. This is a con. It means nothing. Council should be taking the initiative here, with scientists educating them and us, as to the immense value and how old trees are the saviours of our planet. A wounded tree can be saved. It might need a bit of TLC, some bracing and care, but saving it is far better than bowling it over and think a tiny little sapling will save us all in 80 years time. We need specialist arborists who know – and care – about these things.

Oh, and by the way, who pocketed the moula for the precious slabs of fine ancient huge slabs of cypress? Enough to whack up a cute little heritage cottage.

Just in my neighbourhood Council is widening a small wooden bridge, so beautiful trees on one side were sadly lopped to make space.  Next thing, the trees on the other side are all being lopped too. So how wide is the bridge going to be we asked in alarm. The camp of six fluro jackets informed us that they’d found a big water pipe on the first side, so had to change sides. Duh? MidCoast Water tell me they have a map of where every significant or not water pipe is located. Did no-one check?

Everyone has a sad story of losing trees. A friends laments about the little island where they used to picnic under beautiful native bottle brush trees at Charity Creek.  Then one day a mob turn up to cut down the willows holding the bank in place, but instead denude the island which is now bare. At least the willows are still there.

Coal Not The Answer

If we’re going to have idiots like blustering bulldust Barnaby Joyce still yelling at us (why doesn’t Bulldog Barnaby just go away into the sunset) that coal is our saviour, when the CSIRO among other august scientific institutions know that the fine particles emitted from coal fired mines are preventing rain to fall near the  mines yet cause flooding storms further away.

The plan for coal fired power stations in Kurri Kurri, and more mines mooted over the hill in the Hunter Valley, means we can kiss our clean green valleys goodbye.

I digress… but the issue is, that for every single mature tree, for every paddock we clear fell, for all the acres and acres of mono culture, causing the loss of insects, wildlife and air quality, the draining and stealing of our water resources ( do you realise how many regional and outback towns are already out of water??)  well, we die a little. And it’s escalating.

One old tree might not mean much to council bureaucrats, to people like the Gladys army felling heritage buildings and old trees in Sydney for chaotic super infrastructure that blocks light, space and ambiance, and which will come down, like the proverbial stadium, in a couple of years. But it will be too late to say we told you so, when we are drinking expensive Chinese re-constituted water through gas masks as we survey the Mad Max remnants of a landscape once alive, green and healthy.