Council de-merger on the horizon? And no go to Masters? 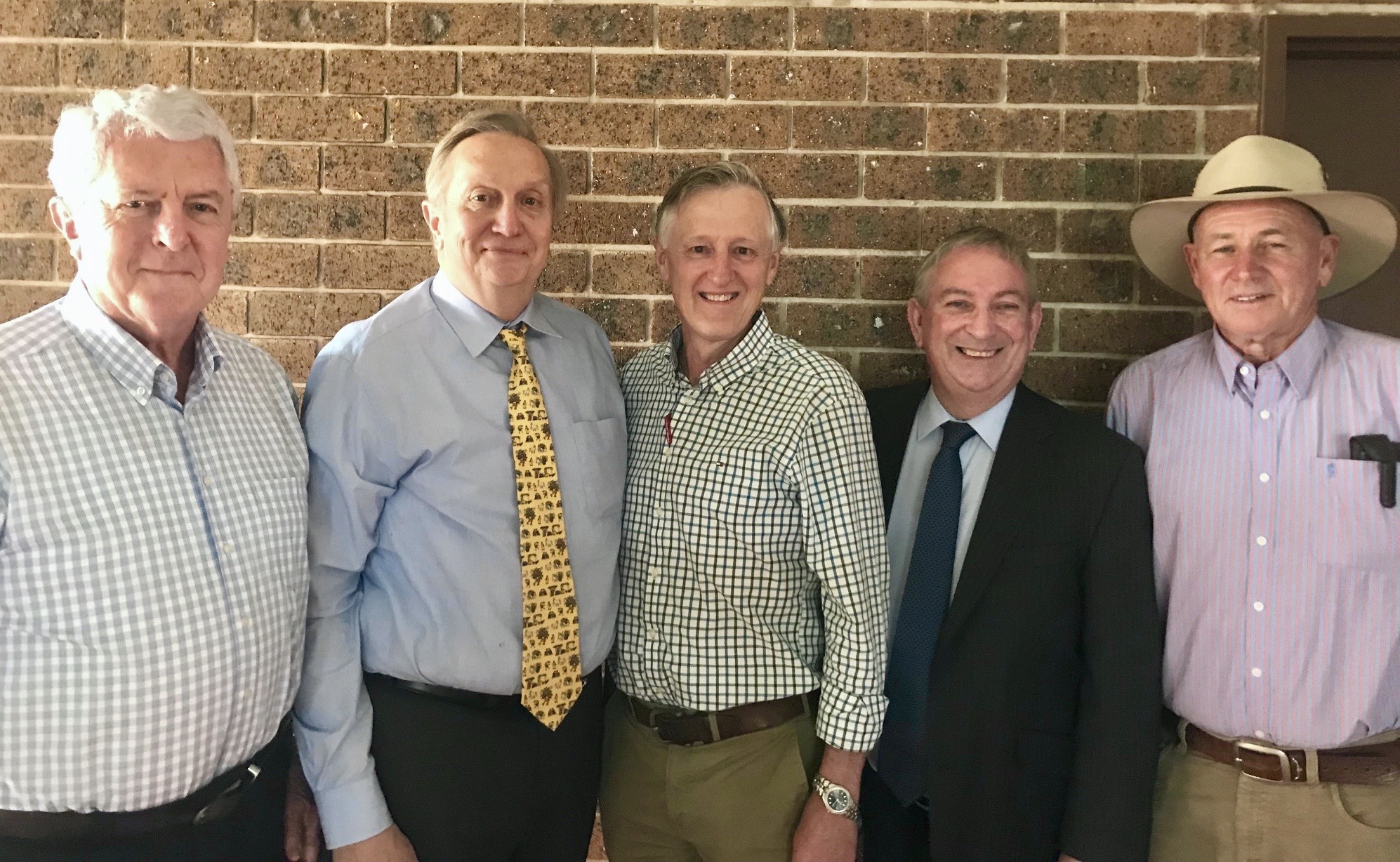 Country Labor Candidate, Dr David Keegan and Shadow Minister for Local Government, Mr Peter Primrose have signed a written pledge that should Labor be elected into government, a council de-merger referendum, and stopping Masters are initiatives that they will pursue as highlighted in their written pledge  to the community.

The pledge initiative has come from community concern, particularly over the Master’s issue and was negotiated by Clr. Peter Epov assisted by the former Mayors of the Greater Taree City Council, the Gloucester Shire Council and The Great Lakes Council, Mr Paul Hogan OAM, and Mr John Rosenbaum. 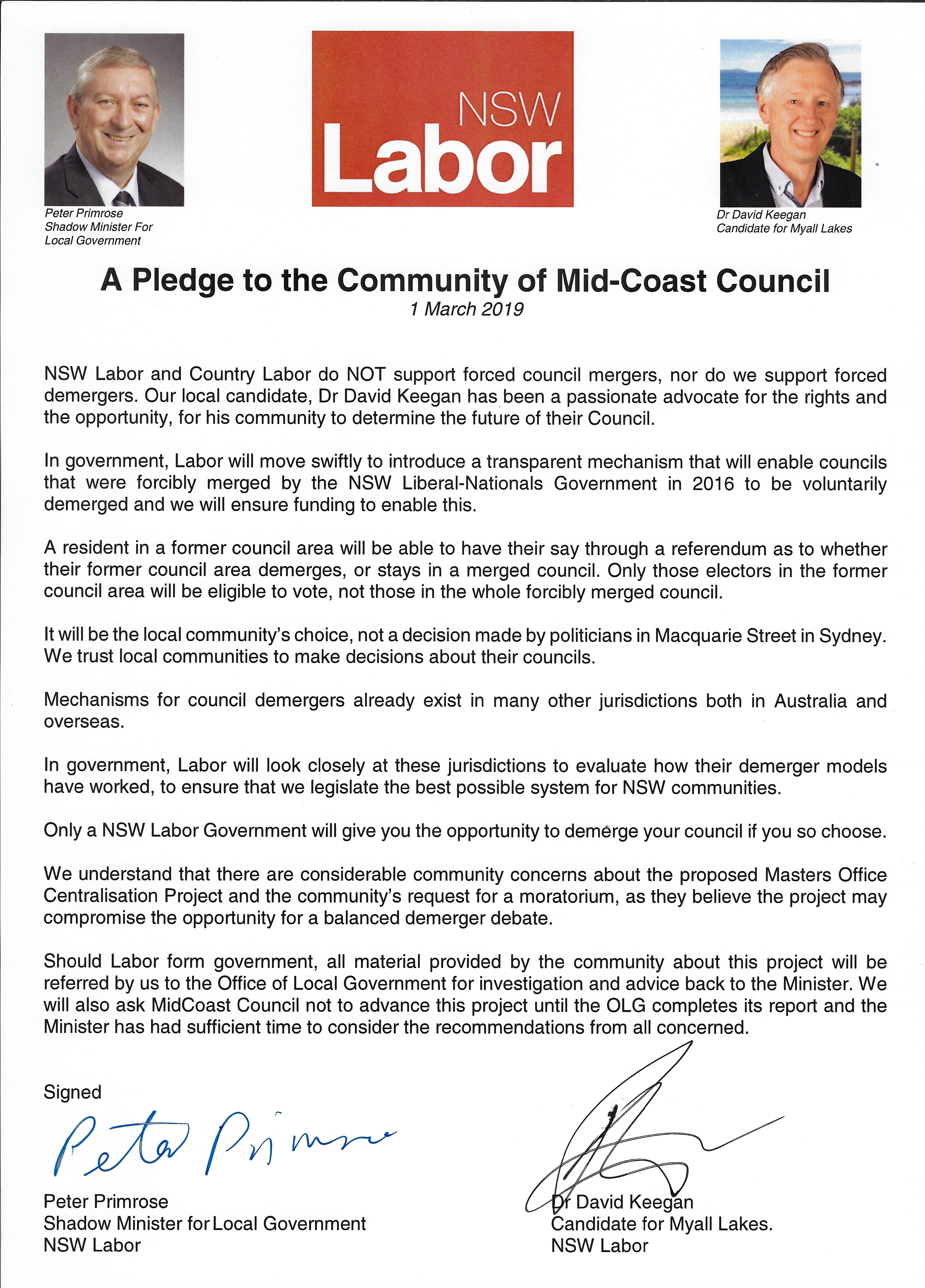 If elected Labor will provide the opportunity for residents in each of the three former council areas to have their own separate Referendum as to whether they wish to stay or leave the MidCoast Council. As an example, should the majority of voters in the former Gloucester Council area choose to leave, Labor will create the mechanism for them to leave MidCoast Council.  Similarly the same principle will apply to the residents in the other two former council areas.

In relation to the MidCoast Council’s proposed Office Centralisation Proposal, on election, Labor has committed to asking  MidCoast Council to cease all work on the Master’s project pending a fresh report from the Office of Local Government to the Minister, who will then review that Report, together with recommendations from the Community.

Commented  Councillor Epov, ‘These commitments by Labor are very significant and are a real game changer.

‘People through the entire region were outraged by the indiscriminate manner with which the forced amalgamation was perpetrated on our communities in 2016. These communities were denied the opportunity to have a proper say and a vote on the issue.

‘Many people have maintained the rage, and given all the controversies that have surrounded MidCoast Council, I believe people would like the opportunity of a Referendum to seal the issue once and for all.’

The Pledge has been made and signed Dr David Keegan and by the Shadow Minister for Local Government, Peter Primrose, under the authority of the Labor Party Leader, Michael Daley, and it gives all residents in the MidCoast Council area, the right and opportunity to have a voice in the future of their Council.