No Mines at Gloucester Sets A Precedent 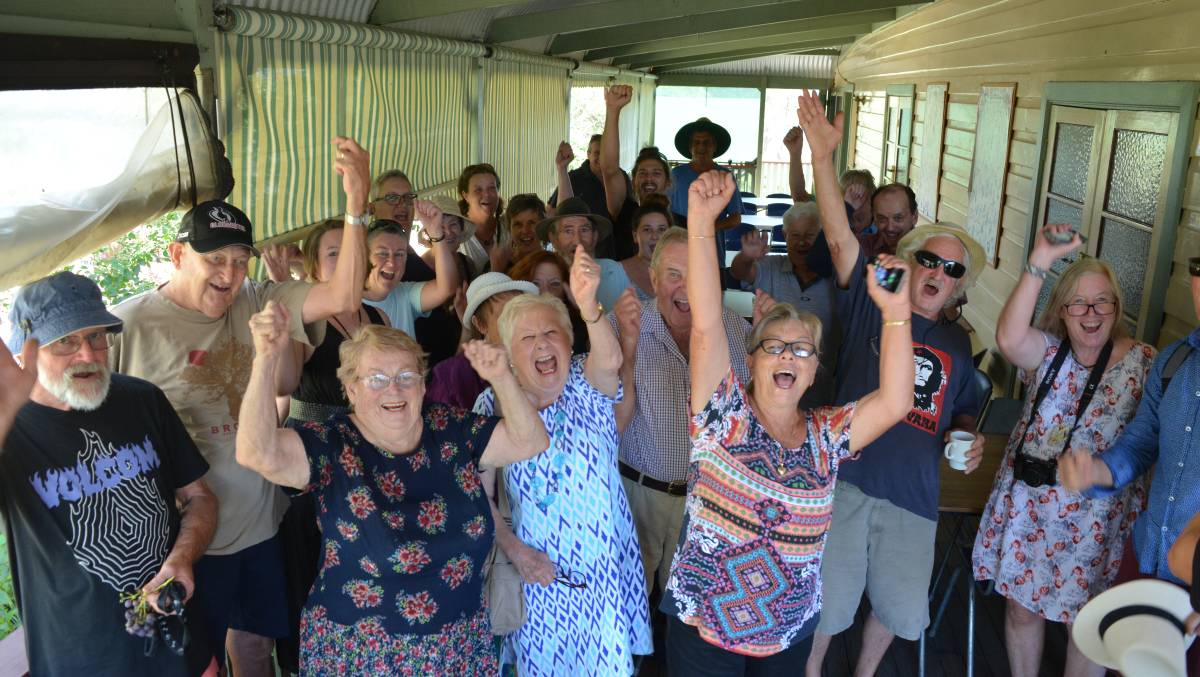 The Rocky Hill Court Decision is a win for Australia

“Dear residents of the Manning and Gloucester valleys –

The Gloucester community is deeply grateful to EDO NSW staff and Barrister Robert White for their unstinting support of the Gloucester residents and assisting in the protection of our beautiful valley.

We are ecstatic that the court has ruled against the proposal for an open cut mine, 250m deep and less than 1km from family homes.

Climate change is the major threat to our regions, water, health and to the planet.

There should be no new or expanded coal mines and the State and Federal Governments need to transition to renewables as fast as they can.

Groundswell Gloucester would like to see a Royal Commission into the coal and gas industries in NSW, including the relevant state government departments that many communities see as giving scant if any regard to the massive and detrimental impacts of coal and gas developments on communities and their environments across the state.

The Rocky Hill licenses need to be removed so we can have certainty as a community and rebuild, prioritize a solar farm initiative and continue to grow Gloucester as the beautiful and clean, green region that we all love.

On behalf of Groundswell Gloucester and wider community we would like to thank Manning Clean Water Action Group, the Knitting Nannas and all the people who supported the fight to stop the Rocky Hill Coal Mine proposal from going ahead.

Thank you all so much for what you have done to achieve this result. Our barrister Robert White said that the grounds for refusal that were raised by the residents were a strong part of the decision – all the hard work and your efforts were critical to the final decision and your input was incredibly valuable. Your submissions were vital.
It has been a massive two weeks with National and International news coverage, twitter storm and Facebook frenzy. Let’s keep up the pressure so we can take climate change right up into the hallowed halls of Parliament.

When Chief Justice of the Land and Environment Court Brian Preston SC handed down his judgment in a landmark case, refusing approval of a new coal mine to be built just outside Gloucester, he set a national precedent.

This is the first time an Australian court has refused consent for a coal mine on the basis of its climate change impacts. The Court also poses a foundational question for all future fossil fuel projects: “the wrong time” test.

The Court accepted scientific evidence and the concept of a global carbon budget. NSW Environmental Defenders Office CEO David Morris stated “In the face of that acceptance, the judgment presents a foundational question for all decision makers. It is this: given that, if we are to remain within the global carbon budget, only a finite amount of additional carbon can be burned, and that existing approvals already exhaust that budget, why should this particular project be prioritised over any other, or displace an existing approval? That is ‘the wrong time’ test and will prove an insurmountable barrier for many projects going forward”.

The EDO NSW represented the community action group against the mine – Groundswell Gloucester – and argued that the mine was contrary to the public interest and principles of ecologically sustainable development because of its significant social and climate change impacts.

The Court accepted those arguments in deciding to refuse approval for the mine, finding that carbon emissions from the mine will contribute to global warming, such that approving it will not assist in achieving the rapid and deep reductions in emissions needed in order to meet Australia’s Paris targets.

Significantly, the Court held that it was not important that emissions from the mine would be a fraction of global total emissions, noting that the global problem of climate change needs to be addressed by multiple local actions to mitigate emissions. The Court also found that the mine’s economic benefits had been substantially overstated.

The Court also found that the Rocky Hill coal project will cause a variety of serious negative social impacts to the Gloucester community, including visual, noise and dust impacts, and significant impacts to Aboriginal Cultural Heritage, stating that the mine will severely impact on people’s sense of place.

In summing up his judgment, Chief Justice Preston SC said: “In short, an open cut coal mine in this part of the Gloucester valley would be in the wrong place at the wrong time. Wrong place because an open cut coal mine in this scenic and cultural landscape, proximate to many people’s homes and farms, will cause significant planning, amenity, visual and social impacts. Wrong time because the greenhouse gas emissions (GHG) of the coal mine and its product will increase global total concentrations of GHGs at a time when what is now urgently needed, in order to meet generally agreed climate targets, is a rapid and deep decrease in GHG emissions. These dire consequences should be avoided. The Project should be refused.”

David Morris concluded, “This is a seminal moment in the development of climate litigation in Australia – and will weigh heavily on the minds of decision-makers considering whether to approve new fossil fuels projects.”

This landmark case puts Australia well and truly on the map in terms of international climate change litigation.

60 community objectors, including farmers, doctors, Traditional Owners, old people and young people, gave evidence. Some were opposed because of noise impacts, others worried about how the mine might tear at the fabric of their community. Many were very concerned about their children and grandchildren and the kind of world they will live in if projects like this, which contribute to climate change, continue to be approved.

The NSW Environmental Defenders Office (EDO NSW) is at the forefront of public environmental interest lawyers using the law to protect our climate and environment for current and future generations.