SURVIVORS OF THE SUN 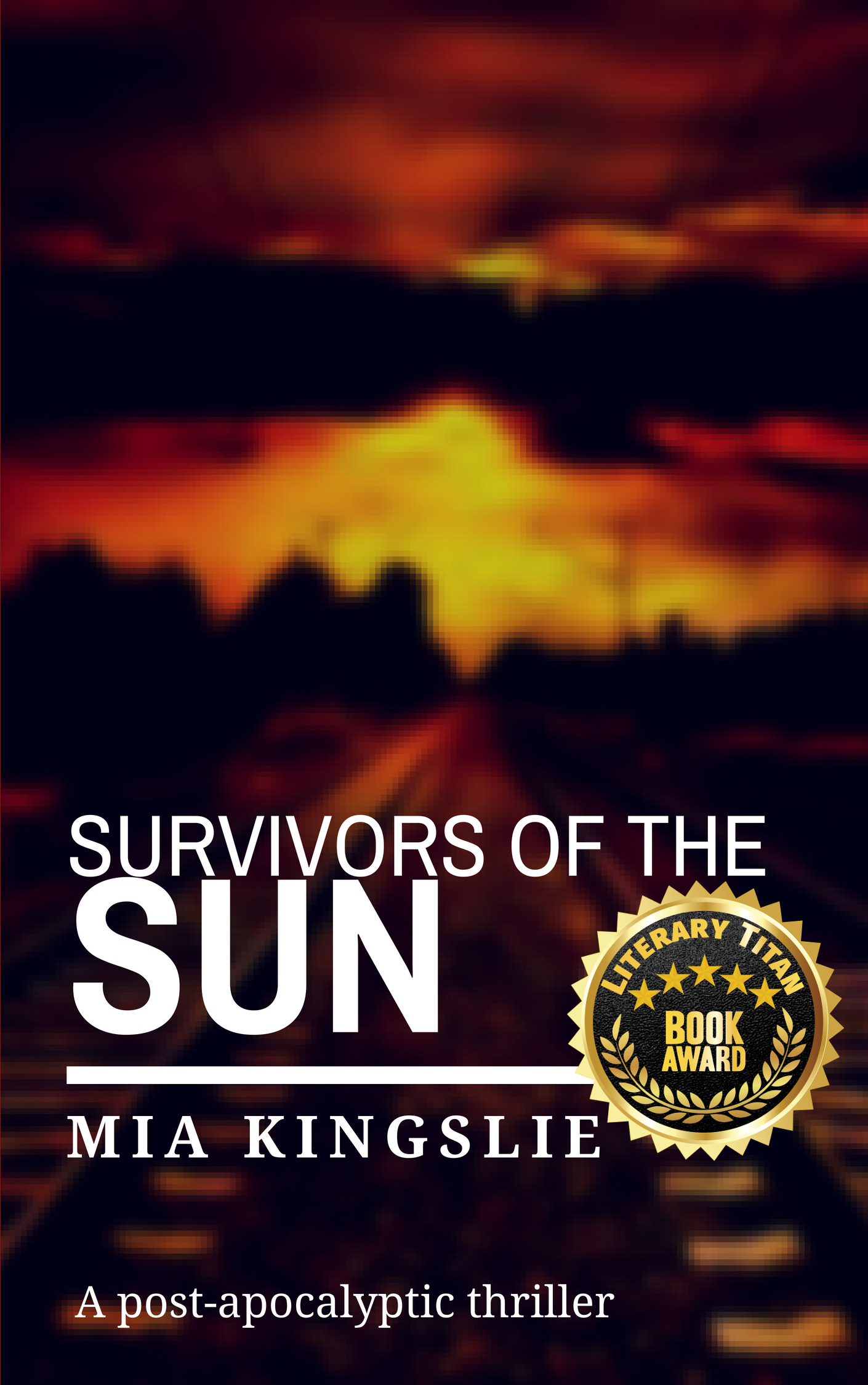 Survivors of the Sun Cover

This a book inspired no doubt by “The Road” by Cormac McCarthy. It is of the same genre, except it is focused on a woman going through a dystopian end of the world scenario.

Georgia is an Australian woman married to an American and living in Kansas City with his two children. One day starts off normally; her husband goes to work; the children are home for the holidays. Her sister in law calls in to leave her daughter to be minded whilst she attends an emergency dental appointment. Everything is normal and Georgia goes down to her basement with her son. The basement is where she has her workshop. She is a jeweller and makes high end pieces in both silver and gold. They begin to sort through some work that needs to be done and then the power goes off. Georgia notices that her son’s hair stands on end at the same time the power goes out.

They go back upstairs and begin the day negotiating around not having any power. They assume that it will be back on in a while, but as the afternoon drags on and still no power, as well as no sister in law to pick up her niece,  Georgia goes outside to see if she can see a neighbour to find out what has happened to the power. There is no one around,  and strangely no sounds of the city. There are some cars stopped in the middle of the street.  Her watch has stopped so she can’t tell the time, but she is sure its after 6pm when neighbours would be back home after work or in the city.

We discover that there has been an EMP  (Electomagnetic pulse) event, caused by a solar flare that has disabled all electically operated devices. With looting and general chaos around this event, Georgia has to look out for her children as well as make a decision about leaving the city and travelling on foot to their family retreat 600 miles away, where her husband would likely come to when he is able.

The journey is fraught with danger and difficulty. Trying to think of all the possibilities that will confront them, Georgia relies on her  Aussie initiative to get them all to their destination.

The book was self published by a local woman from the MidCoast, who uses a pseudonym. The author is very pleased with the success of the novel and rightly so. Very readable.