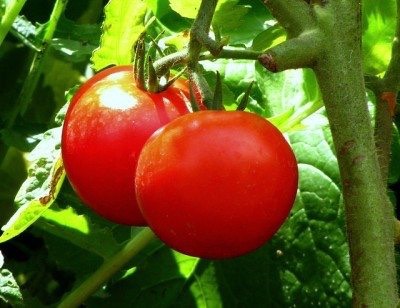 Following my previous article about growing tomatoes I have been approached at the nursery on many occasions asking what else I know. I’m often asked if I have any top secret tips- something that will make fruit sweeter, produce bumper crops or something to help keep the pests and disease away.

Gardening wives’ tales, superstitions, myths, remedies, tricks, wisdoms, folklore, or whatever you want to call them—we hear them all the time and lots of people try them—but do they actually work?

The general conversation usually begins with ”My grandma has always taught me…” or “old farmer Joe has been growing tomatoes for years and reckons that this variety is best” or “I’ve read that tomatoes like this fertilizer” always followed by the question of “is this true?”

Such practices and methods have usually been used for many years, and passed down through the generations as a kind of ‘tomato religion’ if you like. However it can pose much conjecture and confusion for many people.

So let’s try and simplify things, get some of these myths busted or maintain them as helpful commandments to follow. Ideally and generally I’d like to remove the stigma that growing tomatoes is hard.  Because gardening is meant to be fun!

The first step is to understand the differences between heirloom and hybrid tomatoes. Both varieties have their strengths and weaknesses and choice should generally come down to personal preference.

Heirloom tomatoes have been grown without cross-pollination for at least 40 years. They are open-pollinated, which means that they are pollinated by insects or wind without human intervention. Gardeners appreciate their consistency in taste and agree that most heirloom varieties tend to have greater flavour than hybrids. Heirlooms are often grown locally and allowed to ripen on the vine which affects their flavour. However they often produce only a small number of fruit. Since they have not had the selective crossbreeding as hybrids, Heirloom Tomatoes tend to be more susceptible to pests and disease.

Hybrid tomatoes typically yield a crop that is uniform in both appearance and timing. Hybrids have been carefully crossbred to achieve a desired combination.  Some of those characteristics may be bigger in size, better disease resistance, dependability, less required care, early maturity, higher yield, and/or specific plant size. However due to their unstable genetics, if seed is saved and planted; the next generation will produce plants differing from their parents, so seed/plants must be brought each year.

One myth that is continually perpetrated is the existence of ‘low-acid’ tomatoes. Some people grow such tomatoes in the belief that the lower acidity will be less harsh on their stomach and lower inflammation in their joints. Research conducted in the US has demonstrated that there is very little acid variation in the pH of tomatoes, with all types being acid and having a pH of 4.3. Some taste tart while others sweet, this difference is determined by the sugar content rather than the pH.

Sorry farmer Joe and Grandma this one isn’t true… Tomato plants can’t absorb sugar in the soil. They produce it through photosynthesis. Sugar content in fruit is pre-determined in plant genetics. Although generally speaking; smaller varieties are known to be sweeter than their larger counter-parts.

Grafted tomatoes consist of, the stem and leaves from one variety of tomato (scion) attached to the base and roots of a second variety (rootstock). The characteristics and fruit are determined by the top/scion. Grafting is thought to produce more vigorous plants with an increased yield while being more resilient against pest and disease. We’ve trialed both at the nursery over the years as have Diggers Garden Club who have published various articles. Both come to the conclusion that while grafted plants are more resilient against pests and disease, there was no difference in vigor or yield. And so while there isn’t a great advantage of buying a grafted plant they should always be considered an option in situations where there is a higher risk of pests and disease attacks.

On Heritage Farm in Victoria 1994, trials were conducted with both pruned and un-pruned Grosse Lisse plants to determine which of the two variants produced a higher yield. The trial concluded that pruning caused a 33% drop in yield than that of the un-pruned plants. However there have been other studies conducted since, that report although the yield is reduced by pruning, the number of pests and diseases present on pruned plants, was reduced due to a greater air flow around the plants. From this evidence, I think it is important to prune tomato plants in the garden for that balance. However, from these studies it’s important to remember that pruning is not indicative of a larger yield.

Nematodes are a soil-borne pest. Under a microscope they look like long, thin worms. For a small pest they can cause big damage to your tomatoes making them stunted and unproductive plants. When nematodes burrow into the roots they stimulate the development of galls on the roots which become swollen, disfigured and knotty.

Adding molasses or brown sugar to the soil has been used as a control for as long as I can remember. There’ve been many studies conducted over the years, both supporting and discrediting its use. In theory when molasses/brown sugar is applied to soil it stimulates bacteria, fungi and beneficial nematodes; increasing their population. These beneficial nematodes, fungi and bacteria then attack the root-knot nematodes, using their bodies to breed.

Other studies have questioned this, explaining that the addition of molasses or brown sugar, does not provide an effective source to boost and sustain those micro-organisms, to such a level to impact the parasitic nematodes.

In short, regardless of whichever science you choose to believe in; and as with the old saying: the best way control nematodes is to prevent them altogether.

This is done by practicing crop rotation. Don’t make life easy for nematodes by planting the same crops in the same soil, year in, year out. Vary your crops and make it difficult for nematodes to really enjoy living in your garden.

And if your plants are affected, don’t put the diseased roots in the compost heap – drop them into a plastic bag and put them in the garbage.

SINGING OR TALKING TO YOUR VEGETABLES MAKES THEM GROW BETTER:

Believe it or not this one is true! — The scientific reasoning behind this is that as we talk or sing to our plants we release carbon dioxide with our breath.  This encourages the plant to convert it to oxygen, which in turn produces more growth.

On the Discovery Channel show Myth Busters they determined that heavy metal music played constantly resulted in the best growth rate of plants.  Chris Beardshaw, who has been a presenter on BBC2’s Gardener’s World over the years, also said using rock music as a nutrient appeared to create larger flowers.  He had one greenhouse that was silent, one that played classical music, and one that played Black Sabbath.  Those flowers in the Black Sabbath (heavy rock) produced the biggest flowers, which were also more disease resistant.   But where is the carbon dioxide coming from in the stereo system?  It’s not, so perhaps the changes in growth can be tied to the increased vibrations in the air?

Either way, you won’t catch me doing it around the nursery! Although I’ll leave everyone to their own instruments. So if you enjoy talking or singing whilst gardening, it seems possible that it might benefit your plants too, so go for it!