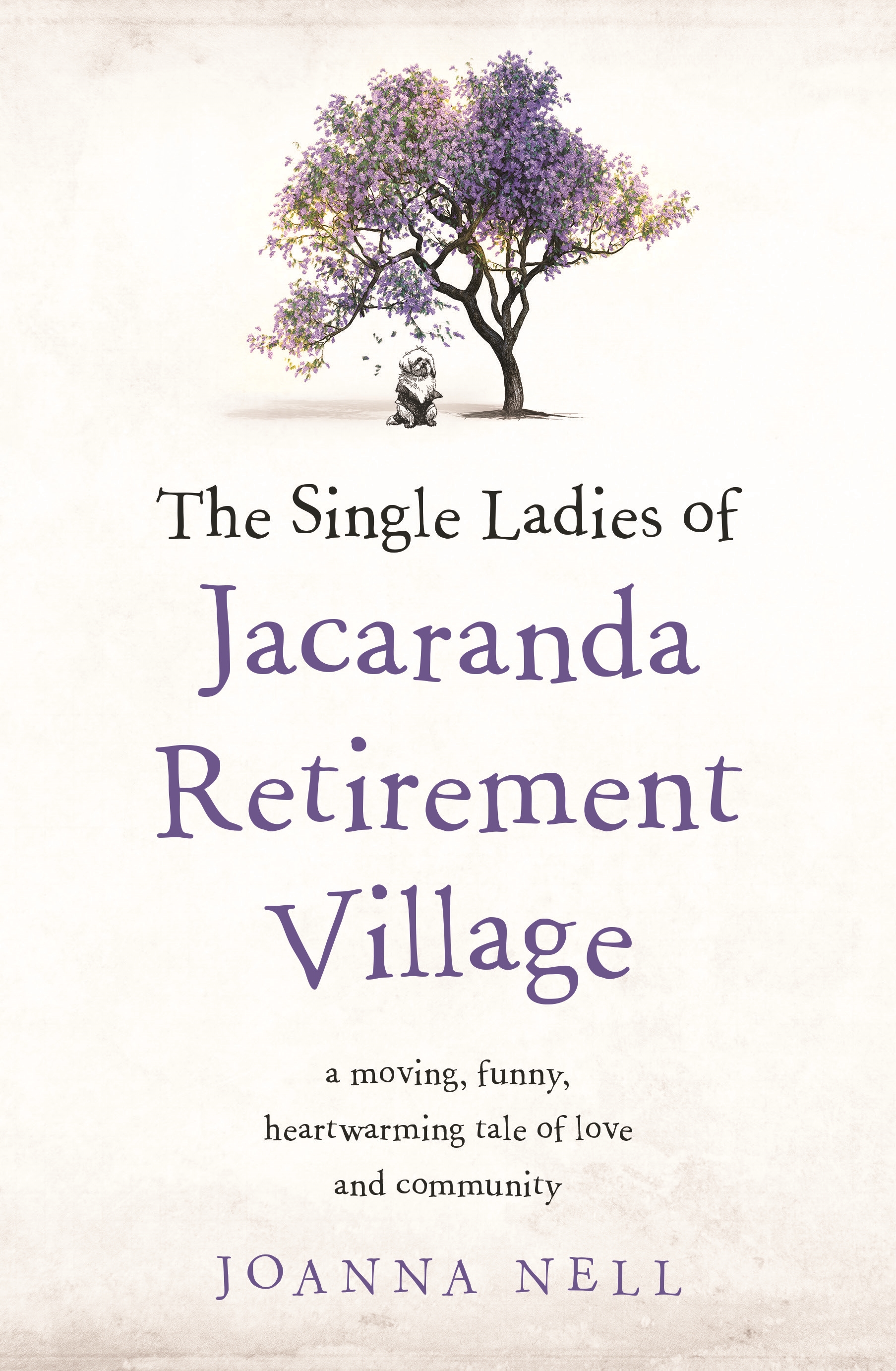 A moving, funny, heartwarming tale of love and community.

Peggy Smart, a widow of four years, with two caring(interfering) children, has been living at Jacaranda Retirement Village since her children persuaded her to sell the family home and move where she would have company and safety, probably so they wouldn’t have to worry about her.

However the move didn’t stop the worrying and Peggy feels less free and more insignificant as the days go by. She spends her time reading, doing hydrotherapy (badly) and trying to manage her miniscule bladder. This has been a serious problem for Peggy all her life and any meaning full interactions are often interrupted by a dash to the toilet.

Peggy has a few aquaintances at the Jacaranda, but she longs to be noticed by Brian, the retired accountant who drives a Lexus and has shown some interest in Peggy, although her lack of self esteem dismisses the possibilities of a deeper relationship. Peggy describes herself as a beige cardigan type of person. She has spent the whole of her life at home as a wife, then a mother, then a carer of her husband. Her aspirations are not high and she loses herself in novels as a way to escape her boring existence.

Everything changes for Peggy and the village, when Angie Valentine moves in. Angie was Peggy’s best friend as a schoolgirl. They had a very close relationship and laughed at the same things and worked at the same place straight out of school; Angie in the Fashion department and Peggy in lingerie. Angie went on to become a fashion buyer for the store and travelled the world, married four husbands and led a glamourous life. Even now in her late eighties Angie is always beautifully dressed and made up. She is slim and seemingly fit and game for anything. Peggy on the other hand, married Ted, the store’s maintenance man and her life revolved around him and her two children.

Angie and Peggy haven’t seen each other for 50 years.

Both Peggy and the village become Angie’s projects. She wants to put some ‘life’ into the village and suggests that a social committee be formed to steer a more adventurous course for the village.  The committee is formed and the first thing they decide to do is buy a Karaoke machine. The trip to the store to buy the machine is hilarious. As well, Angie takes to Peggy’s wardrobe and within minutes most of her clothes are in plastic bags ready for the op shop.  At the very smart dress shop Angie oversees the purchase of mix and match wear that Peggy is surprisingly happy about. She feels transformed and her self esteem soars. Now the only thing left to deal with is Peggy’s bladder problems and she will be ready for her first date with Brian, which she has fantasied about for years.

This book was delightfully enjoyable for me. It is admittedly an “old” chick lit book which I could relate to! The revolt about being ignored because of ageism, and the way that the friendship between Angie and Peggy is portrayed is utterly authentic. (Sigh.)

One of the endearing features of the book is how the author uses a clever device around Peggy’s speech. She mixes up her words. I think there is a name for this but isn’t solecism, but close to it. When Angie is persuading Peggy to eat more healthy foods, she rearranges the fridge and Peggy thinks these are things growing in compost. There are yoghurts and sprouts and other odd looking food and Peggy wonders why Angie hasn’t caught “wisteria”.  While discussing with Angie about listening to ‘talking’ books in the car, Peggy thinks about how things have changed. David her son has told her about how cars now days have “blue teeth”.  All these small witticisms add to the charm of the book.

The resolution of various issues are cleverly done and altogether I enjoyed the read. It is the first novel I’ve read for a while. My reading has been around American politics, the weather, and biographies lately. So this first novel has been a delightful diversion.