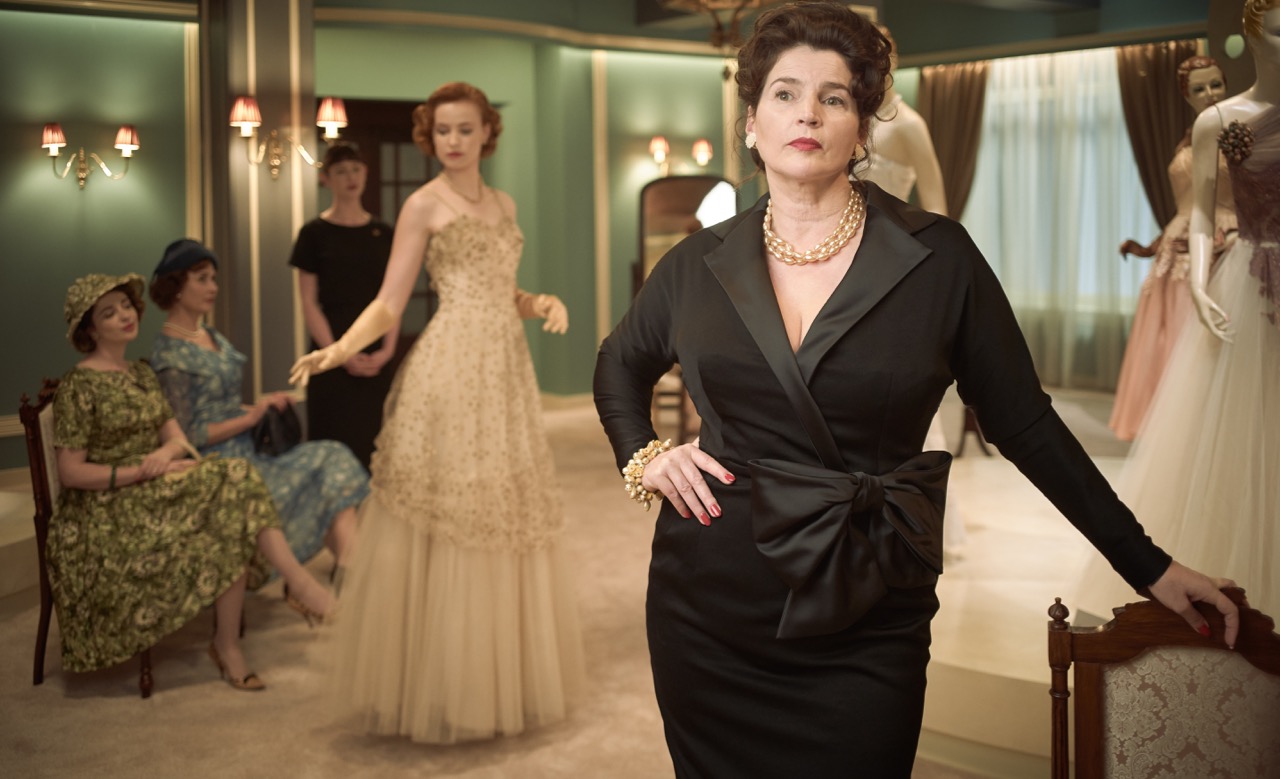 The new Australian movie, which has just opened to rave reviews, has a strong Wingham connection.

Sue Milliken, one of the producers, who is also the co-writer, grew up at the (now sadly missed) Wingham Hotel, run by her parents, in the 1940s.

LADIES IN BLACK is adapted from the novel by Australian author, Madeleine St. John.   It is set in a large department store in Sydney at the end of the 1950s, when Australia was about to be changed by the cultural effect of post-war migrants, and the beginning of feminism.

Sixteen year old Lisa Miles, from an old-fashioned working class family, takes a Christmas holiday job at the store, called Goode’s, while she is waiting for her Leaving Certificate results.  She wants to go to university, but her father is deadly opposed to women getting an education.  “I didn’t go to university and I turned out all right didn’t I?”,  he is fond of asking her.

At the store, Lisa meets Magda, a Slovenian migrant, who runs the high-fashion boutique, and claims to have worked in fashion, in Paris, before the war.  Magda sees in Lisa a clever girl with potential, who reminds her of the youth that she missed out on as a refugee.

The women in the store have an effect on each other’s lives, which changes everything for them.  There is even a romance, which comes from an unexpected quarter.

“LADIES IN BLACK is a happy film,” Sue Milliken says.  “And, it’s often quite funny.  Nevertheless, it is about serious things, about tolerance and understanding, and opportunities for women.”

The film is directed by Australian icon Bruce Beresford, who co-wrote the script with Sue.  “Bruce and I are of an age,” Sue said.  “We grew up in the 1940s and 50s and saw this world unfold, so it’s a story which means a lot to us.  I remember, as a child, the excitement when the David Jones catalogue arrived.   Long before internet mail-order, shopping was a big thing in the country, and the DJ’s catalogue had little squares (of the actual material that the garment was made from) stuck to the page, so you could feel the quality, and see the real colours.  I have been a committed department-store shopper ever since.”

The store in the film, while fictional, is not too far from the David Jones of the day.  “Nothing remains the same, so we had to film elsewhere, but DJ’s did give us their sixth floor for one day of filming, just before they demolished the fixtures, to modernise it.  When you see the film, take a good look at all the scenes on the ground floor – the doors opening, the shoppers rushing in, the famous choir singing Christmas carols – all shot at DJ’s, six stories above the street.

“For the exteriors of the store, the old Mark Foy’s building was used.  Now the precinct of law courts, the exterior of the building has been preserved and, thanks to modern technology, we were able to restore the trams to Elizabeth Street.”

Sue Milliken has been producing since the 1970s, and was the 2018 recipient of the Charles Chauvel Award, given for significant contribution to the Australian screen industry.