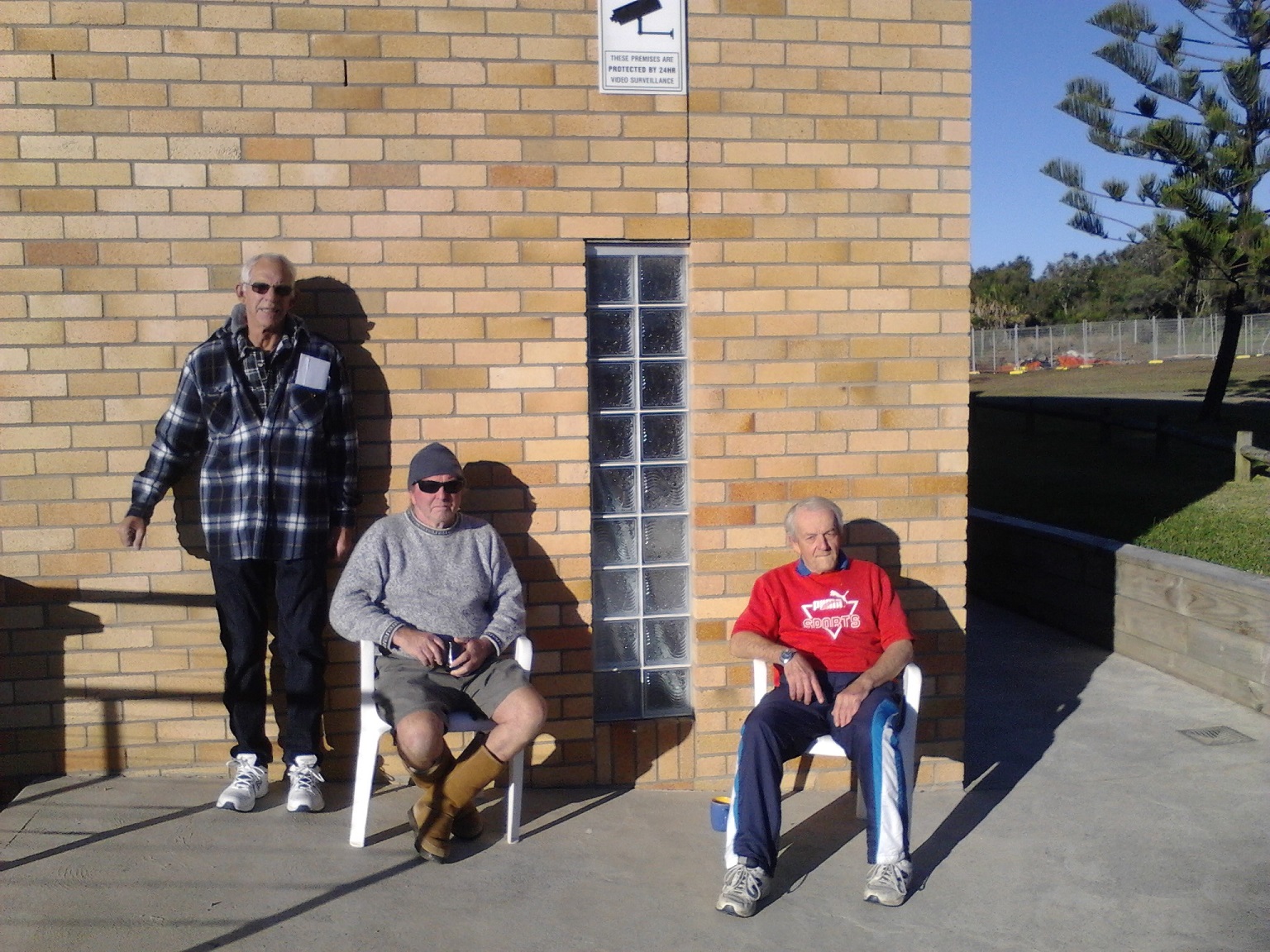 Some of the “old boys” locked out! (from left) Pat Abdoo, Bob Galvin, Peter Meldrum. They say they’ve had no support from the Committee members, Branch President, or their local Member.

Why have the senior members of the club been locked out?

What is the position of the surf club with regard to senior members’ use of the premises and community gym.?

Why are we unable to at least use the clubhouse for change rooms and a cuppa on the balcony, after an early morning swim, as old members of the club?

When we asked the committee the answer was that, if we were allowed to do so, then others would want to use it! Now Isn’t that what the club should be all about?

A second explanation given was that the gym is undergoing renovations.  These renovations are being funded by a grant obtained with the assistance of our local State Member, Stephen Bromhead, for the benefit of the community.

Long time member, Pete Meldrum, has always had a key, but that has been taken from him, although in all the time he had it, there was no problem. Rather Pete and the boys used to:

Tidy up and clean the downstairs toilets.

Bob Galvin did minor electrical repairs (being a licensed electrician) at no cost.

They maintained the gym equipment, even to the extent of buying replacement parts.

The TV, still being used in the gym, was purchased by the senior ‘early swim’ boys.  They all threw in, and Grant Armstrong  purchased the TV set.

They were very active in assisting in raising funds, cooking for the smorgasbords being a major part.

It is very disappointing that these smorgasbords are no longer part of fund-raising as, in the holidays, we are asked when the Smorgasbords will be on once more.

They did a major part of the work on the concrete ramp, and part-painted the kitchen, at no cost, of course.

Even though we are paid-up social members, we are no longer allowed to use the gym, or to enter the club premises.  These senior members, who have been locked out, are all long-standing members of the community, and it has aroused animosity among the locals as to ‘what is going on in the surf club’, which is a community organisation.  Also, it may tarnish the club’s reputation in the eyes of other clubs, which have not created such antagonism among their long-standing members.

Many years ago Grant Armstrong, Pete Meldrum and Bob Galvin, together with others who are no longer with us, started doing early morning exercises in the gymnasium, have a surf, shower and change, then finish off the morning with a cup of coffee (commonly known as ‘the table of knowledge’) on the balcony. This was at no expense to the club, they even supplied the ingredients including, recently, a coffee machine, and were always gone by 9 am to attend to their work or other commitments.

These senior members of the community are extremely concerned, not only at the extreme void it is leaving in their retiring years, but at the manner in which it is tarnishing the reputation of Taree Old Bar Surf Club.

It is also a blemish on the SLSC organisation, which does such brilliant work for our surfing country.

This year the surf club celebrates 90 years of service.  Without its history, a club is nothing.  These guys are part of that history.