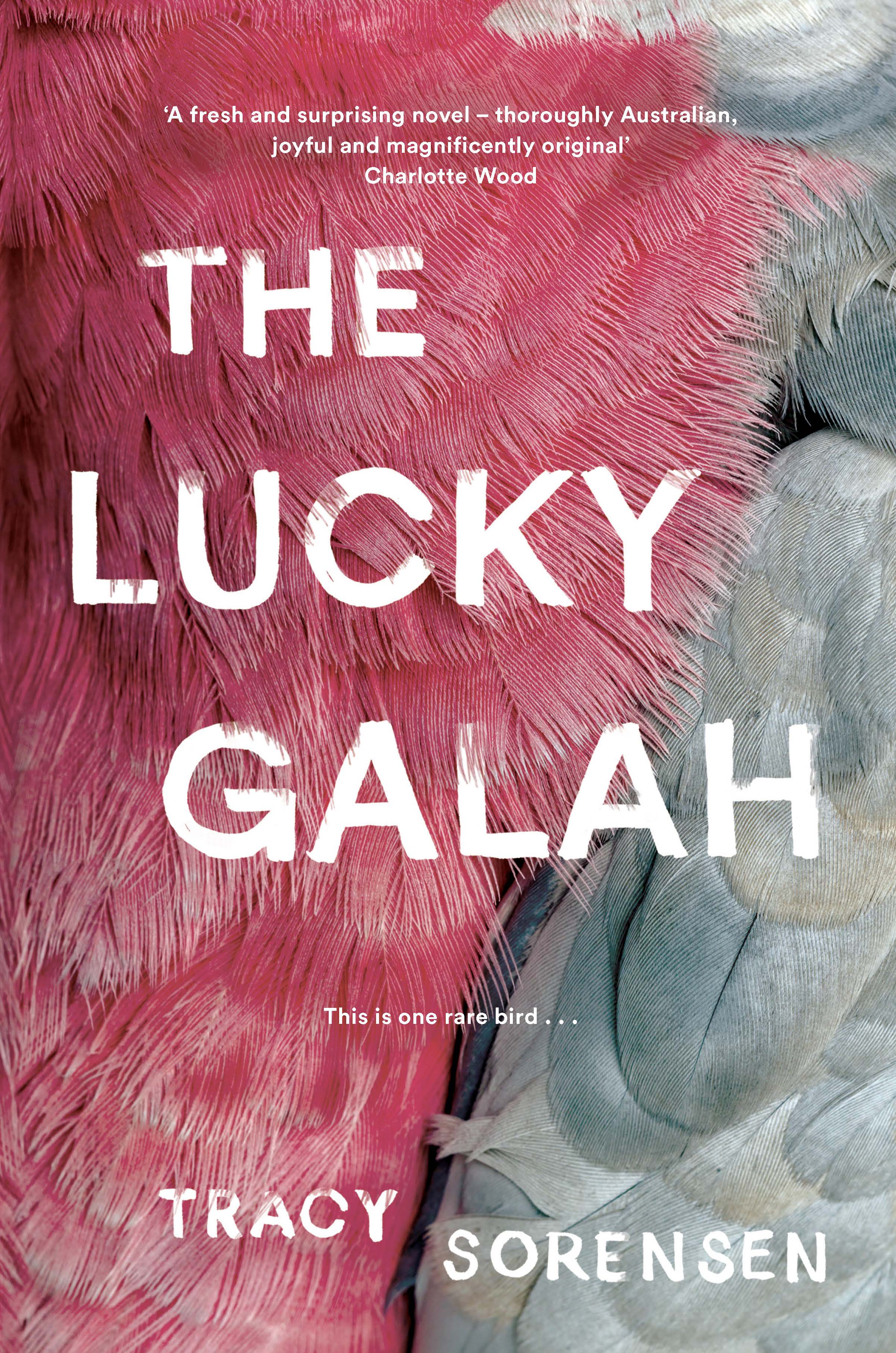 This book is the story of a Galah, and the people in a small town who are important in her story. The small town is Port Badminton. With some exceptions – the bank, the post office, a couple of churches – Port Badminton was not then a town of brick or solid stone. It had a feeling of temporariness about it, as if it could easily be washed away in a flood, or blown away by a cyclone.  It was held together with cable and rope, and a few banged-in nails. Something was always being tied or untied, lashed or unlashed, battened down or loosened off.  It was a town of demountable classrooms and clinics. Small homes might be brought in – whole or partly dismantled – on the back of a truck.  Port Badminton was the perfect habitat for men who wanted to rig something up, give something a ‘burl’, have a go, or simply escape problems that had accumulated in cities thousands of miles away. Port Badminton was about to become an important place in the schemes of men, as it had been selected to be part of the first moon landing project, and men are arriving to build the infrastructure for the communications station.

The Johnsons arrive from Melbourne as part of this new venture into outer space. Linda and baby Jo are settled into a newly-built house made of fibro, with a kitchen of Laminex, and polished floors. The source of the fibro was the town of Wittenoom, which was not far from Port Badminton. Before the Dish was built, Port Badminton was known for its prawns, crabs and fish that were exported to the cities. It was also known as a staging port for the wool that arrived from the hinterland. Now the Dish has given the town a new lease of life. Linda and Evan Johnson think of this change of environment as an adventure, and an important opportunity for Evan. The heat and the cyclones soon impinge upon the comfort of Linda and the other wives, who have moved with their scientist husbands, to build and man the new communications hub.

The stories of the townspeople are told by Lucky the Galah. Her voice is both gentle as well as very descriptive. She comes across as a lovely-natured Galah, with a sardonic sense of humour, and a keen sense of the absurd. She also has a good eye for the important things in life. Lucky resides in a cage in the back yard of the Kelly family, who live two doors down from the Johnsons. Lucky is not a happy bird, but her fortunes are soon to improve.  She describes herself as a born storyteller.  She says,  “I began to take an interest in stories. Perhaps this was a genetic, institutional trait; galahs are consummate storytellers, playful and freewheeling. They embellish, exaggerate, and play for laughs. Sitting alone in my cage at the Kelly’s home. I knew nothing of this tradition, but I found myself leaning forward, listening closely, when the children – my new siblings – began to tell tales”.

Lucky’s story-telling brings the history of the late 60s, in rural/remote Australia, to life, and this is what I found charming about the book. The small details that she notices are so evocative of the period. The EH Holdens, the celebrations of the community, particularly the parade down the main street to welcome the American Astronauts to town, bring back memories of the time when the parade for the Aquatic Carnival was one of the highlights of Taree. Lucky is also obsessed with books. She shreds them to pieces, and gets the information from them to embellish her stories. This aspect of the book, the fiction/fact/fantasy of the inner life of birds, and particularly Lucky, is a delightful aspect of the book, however hard it is to comprehend. When the Dish is erected and functioning, Lucky and the other birds in Port Badminton begin to receive and send  messages via the Dish. This is another mystery/fantasy that is part of the charm of the book.

Harry Baumgarten, an entomologist/ornithologist, who has been asked to write a book about birds of Western Australia, arrives in Port Badminton, and becomes a celebrated citizen of the town. He is well educated and interesting. Linda and Evan Johnson, along with the other scientists, enjoy listening to him. They feel that he is one of them. Whilst visiting the Kelly’s, Harry notices Lucky, and comes over to her cage.  Says Lucky, “Harry Baumgarten looks deeply into my pink eyes, then casts his own brown eyes over my rosy breast. I flush, and turn my face to one side, and raise my pale white-pink crest so that he can see it to best advantage. I fan out a long wing, showing the deep colour of the underside. He keeps looking at me steadily, so that I feel undressed by him, de-feathered. He can see all the way down to the contours of my naked skin, to the touching thin-ness of my neck. He sees my airy, lightweight bones, made for flying. He does not attempt to make me dance or sing. Afterwards, he stands slowly, throwing me a last appreciative glance. Kevin Kelly appears, winding a long piece of rope, looping from elbow to hand, elbow to hand. I am feeling strangely peaceful, whole. I have been SEEN.”.  Isn’t this passage well constructed, and revealing about the life of this wonderful Galah?

Because of the activities surrounding the moon landing, and the communications installations, the central theme of the galah can be somewhat lost. I realised that I would like to re-read the book, from the perspective of the galah. She is, after all, what the story is all about!