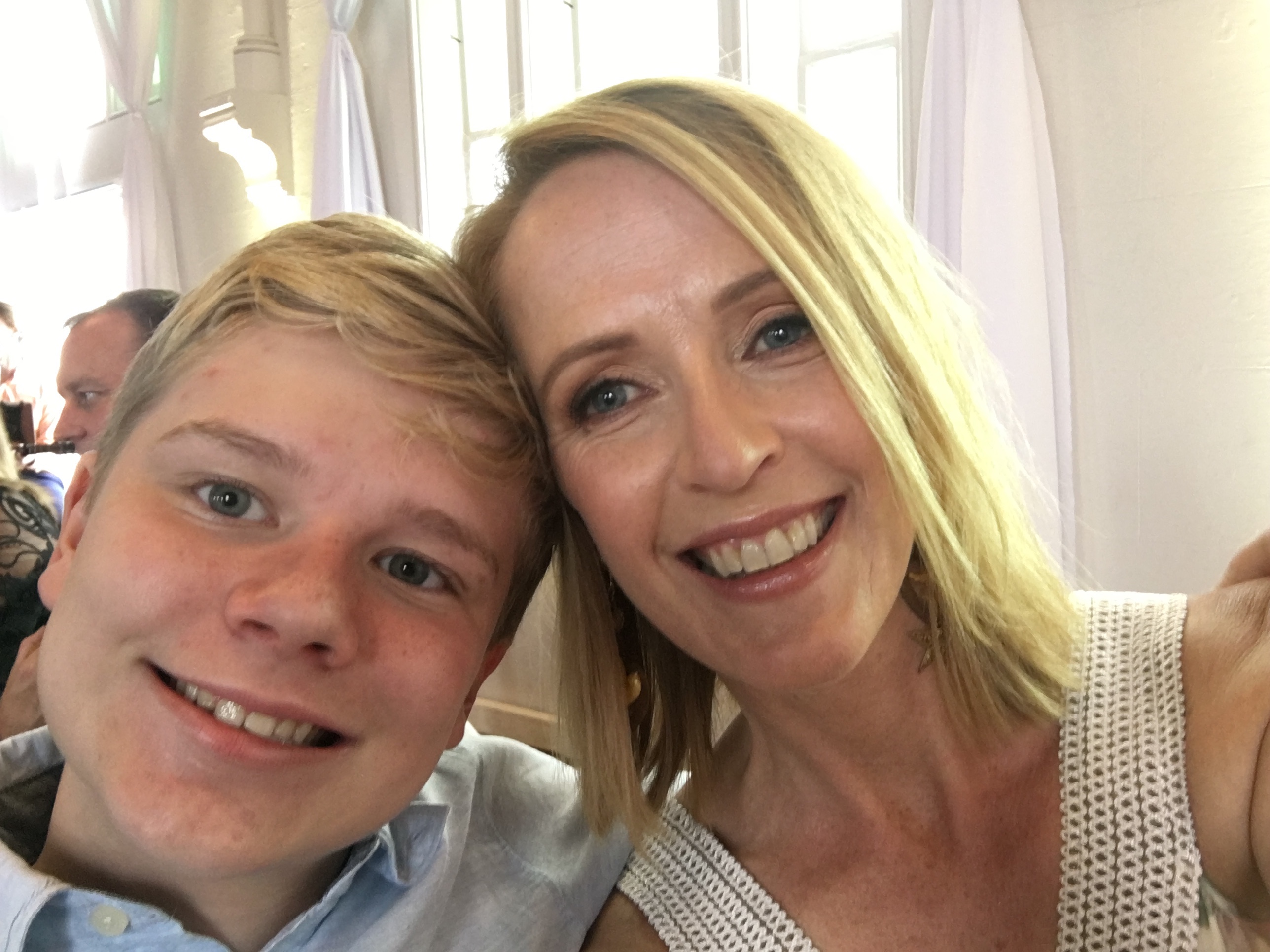 I’m worn down by a system that promised to help people with disabilities to live full, meaningful lives, but is failing so many of them.

I’m heartbroken. And, I’m not alone.

My son Campbell is 14. He is full of love for his family and friends, has an infectious energy for his special interests, and he is on the autism spectrum.

He’s been a participant in the National Disability Insurance Scheme (NDIS) since early in its inception, as we live in the Hunter region, one of the scheme’s trial sites.

It’s fair to say the NDIS has been a life-changer for many people like Campbell. Therapies that we’d previously paid for out of our own pocket are supported by his plan, and it’s also brought new opportunities like support workers, who take him out to access the community.

This is the story I want to tell – of the NDIS promoting confidence and independence, like when our support worker texted me to say that he’d encouraged Cam to order and pay for his own lunch that day.  That’s success.

But shifting goalposts, and changing guidelines within the scheme, mean that individuals and families, like ours, feel uncertain about the future.

In February, with no explanation, the budget for Campbell’s plan was slashed by more than half.

When I approached our NDIS Local Area Coordinator, who’d put our plan proposal together, she broke down in tears. She too had more questions than answers.

Sadly, it’s an increasingly common scenario, and especially worrying for those with higher, more complex needs than Campbell.

I’m honoured to be the patron for Firstchance, a Hunter-based organisation that supports young people with disabilities and their families.

“Over the last six to twelve months, many families have been experiencing a reduction in funding levels, in the types and levels of support, for which they are funded,  when their child’s plan is reviewed,” she says.

“This has led to safety implications for some families, and increased isolation, as applications for necessary equipment are declined, limiting their ability to leave their house.”

Surely this is at odds with the scheme’s core objective, outlined on its website as being to “empower people with disability to choose and achieve their goals in inclusive communities and workplaces.”

My friend Kirsty has two children on the autism spectrum, and she writes a regular blog, ‘Positive Special-Needs Parenting’.

In a recent post, she laments the failures of the NDIS.

“The real tragedy of the NDIS lies in the broken promises, shattered trust, and a generation that will never feel comfortable or secure in their day-to-day lives,” she writes.

The autism community faces extra stress at the moment, amid discussions about further tightening criteria for inclusion in the scheme.

The NDIS was always going to be expensive, and I certainly accept that public funding needs to be managed carefully and prudently. But we also need to remember that it’s an investment in our future.

“We support two families at the moment, in which the parents are having to re-consider their ability to remain in paid employment, as a result of the reduction in their child’s funding plan,” she says.

“This goes against the aspirations of increased economic participation, which is one of the goals of the NDIS.”

Our family can certainly relate. We’ve had a particularly tough time since Campbell transitioned to high school last year, and have so far been unable to find an educational setting that meets his needs.

That means more time at home, and greater need for the kind of supports provided under the NDIS, especially as he navigates the complexity of adolescence and a world that can seem so foreign to him.

Recently, I was sitting down writing an appeal against Cam’s funding decision when he said to me, “what’s wrong, mum? You look worried.”

And then he saved me from my gloom with some characteristic words of hope and kindness, “It’s OK mum, I love you and will always be here for you.”