Elizabeth Macarthur. . . “LIFE AT THE EDGE OF THE WORLD.” 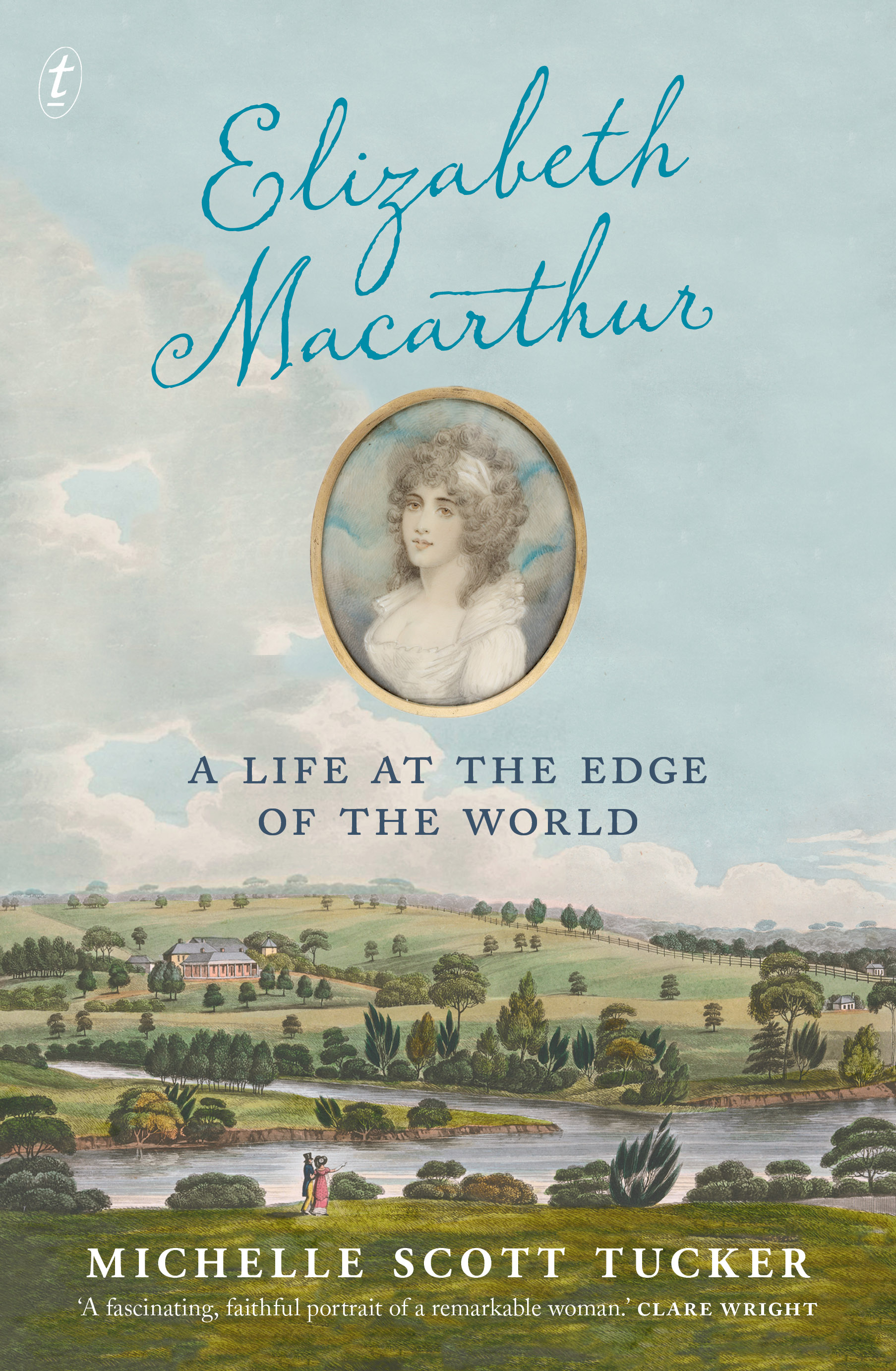 For those growing up during the twentieth century, a lot of information was available regarding the development of agriculture, during the formative years of the various Australian states and territories. Much of this information related to the sheep industry, and the value that wool represented to agrarian-based exports.

The name Macarthur is inextricably woven into this history. John Macarthur, with his wife Elizabeth, arrived in Sydney and, after a time, acquired land in various locations, much of it West of Sydney town, and Parramatta became widely known as a major producer of fine wool fleeces, a valuable export revenue earner.

John Macarthur, it would seem, was a prickly character, who seemed to thrive upon disputes and arguments, these leading to more than one duel which, fortunately, did not see him badly injured or dead. His behaviour did, however, result in his spending a considerable period in England, away from his family and property interests, brought about by transgressions of the law, and levels of antipathy with those in positions of authority.

Whilst absent from his lands and properties (and, at times, even when he was present), his wife, Elizabeth took over the running of their various properties, even to the acquisition and disposal of various estate assets. ‘Droughts and flooding rains’ were all too evident, and these elements played a major part in the planning and execution of the rural pursuits of their various properties. This meant that, at times, one form of rural activity was preferable to others, in order to maintain some level of financial stability. Elizabeth, the book shows, was adept in decision making in this regard. She had, it would seem, a steady, intelligent and productive attitude toward the running of the properties various.

John Macarthur was born in 1766, the second son of Alexander Macarthur, a Plymouth draper, who mostly sold ‘slops’, a course material used for sailors’ clothing. John, in 1782, purchased a commission (as was generally the case in those times) in a ‘militia’ regiment, the primary function of which was to defend England against incursions by the French. This was not an occupation to his taste, but he was mostly impecunious, and other opportunities were scarce. The regiment had been moved to Devon and, in 1783, he was ‘pensioned-off’,  He remained in Devon, and met Elizabeth, probably through Church activities. Their formal engagement occurred early in 1788 and, needing a substantial income, John resumed his commission, but with another regiment.  Again, this occupation was not his first choice, but he considered that he might curry favour with those in authority, in an endeavour to find more attractive employment.

John and Elizabeth were married late in 1788 and, shortly thereafter, travelled to London, in his pursuit of a more acceptable posting. There were some challenges in their lives, not least that Elizabeth was pregnant (a little early, it would seem),  and that John’s abrasive character led to difficulties in obtaining a post that he might consider acceptable. Eventually, having been able to secure employment in the new colony, in 1789 they set off for New South Wales.  The trip involved small-vessel transfer to Plymouth, from which an ocean-going vessel would see them land in Australia. Much of this travel was marked by intolerable conditions, and also by John’s irascible behaviour, causing much distress to those around him and, of course, to his new wife.

The book depends very much upon supposition and speculation with regard to detail. This is not surprising, as records were poorly kept in these years, illiteracy was a challenge, and many documents, such as they were, became lost.

John and Elizabeth had a number of children but, as was the case for many families of the era, early mortality took its toll. Elizabeth died in 1850 and, during her long life, she suffered many set-backs, not the least of which were the long separations from her husband. The book details her substantial involvement in the activities of the colony (as it then was) and her capacity to make a huge mark in the history of early Australia. The author has researched diligently to give as much detail as possible, in describing this remarkable woman’s life. An interesting book!