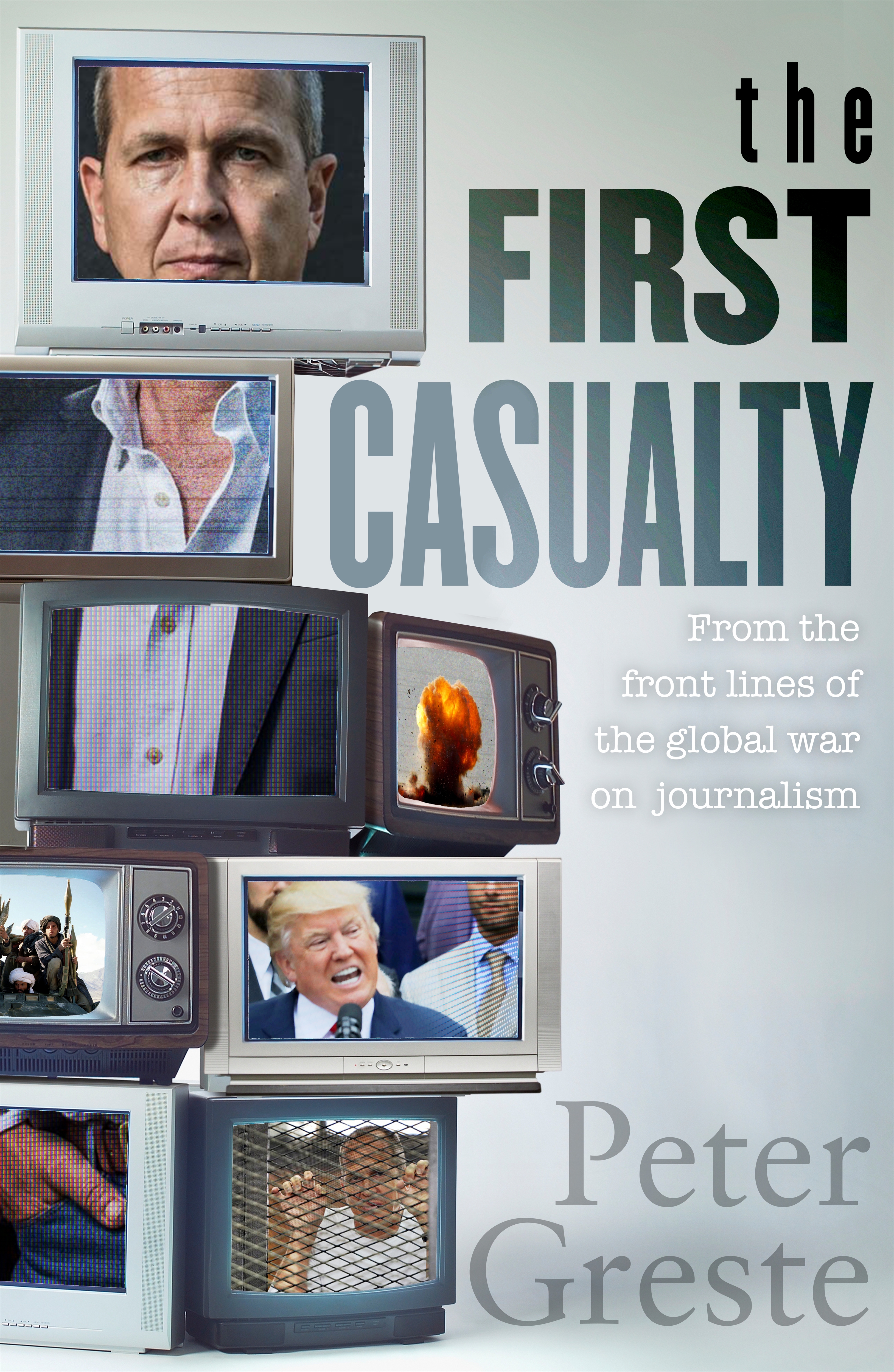 Al Jazeera is an international news and current affairs TV network, owned by Al Jazeera Media Network, a state-owned organisation, based in Qatar, established in 1996.  Al Jazeera’s spread, geographically and nation-based, is broad. It covers all of the Middle-East and, more recently, also Croatia, Sarajevo, Bosnia Herzagovina. In 2003, it engaged English-speaking journalists, due to the popularity of its reports in Western countries. The rise of the network coincided with the growth of discontent of the above-named regions and, during the early part of the 21st Century, the increasing volatility within its geographical oversight provided significant material with which to fill its headlines.

The increasing unrest throughout these regions, provides constant grist for the publicity mill, and guarantees a ready audience.

Australian journalist, Peter Greste, had spent a significant period, reporting for the BBC, and travelled extensively throughout the Middle East.  At the time, the BBC was highly respected, even by the various combatant groups that fought with each other, and with all non-Islamic individuals and Governments. This resulted in a relatively safe environment for journalists. However, there were attacks, from time-to-time, on journalists and their bases, and some journalists were killed in the line of their work. A dangerous occupation!

Al Jazeera, from late 2006, went ‘live’, in both English and Arabic, and so its coverage became much more impressive. From this time, the network made commitments to fund its operation generously, in both coverage and remuneration to its staff. As a consequence, many journalists, who were with BBC, CNN, NBC and Reuters, switched to AJ.

Greste joined AJ in 2011, covering East Africa. The Arab Spring became a spirited event, and attracted a great deal of journalistic interest, at this time.

In Egypt, Hosni Mubarak had ruled  for thirty years, until he was toppled from power in January 2011, and this was a part of the Arab Spring upheaval. Following Mubarak’s overthrow, Egypt was ruled by the Supreme Council of the Armed Forces, as an interim government, until democratic elections were held, in 2012. The outcome was a majority vote for the Muslim Brotherhood, with Mohamed Morsi as the leader. In July of the following year, the military had ordered troops onto the streets, and declared the constitution suspended.

It was into this highly dysfunctional crisis-situation that Peter Greste arrived.  Upon his arrival, a new military-backed interim government was attempting to draft a new constitution with, hopefully, new elections. Al Jazeera was not well regarded by this administration. Journalism generally had become much less popular in the Middle East, as it was regarded as reporting unfavourable news throughout the free world. It might be fair to agree that, to some extent, this was true.

In late December, 2013, Peter Greste was arrested, and imprisoned in Cairo, Egypt.

This imprisonment, in various prisons, was to last for a considerable time, Greste only being released on 1st February, 2015. Greste was, for part of the time, held together with two of his colleagues, Baher Mohamed and Mohamed Fahmy.

The book canvasses the different behaviours and attitudes of the three, as a consequence of different national backgrounds. Great confusion surrounded the arrests, and Greste and his colleagues were unable to determine what the charges were. This ridiculous situation illustrated the difficulties that the defendants faced, being unaware of how to deal with their incarcerations.

His two colleagues were eventually acquitted but, when Greste was released, it was not a pardon and, after he had been deported from Cairo, he was sentenced (in absentia) on terror charges.  Late in 2015, Greste was pardoned, after representation by Julie Bishop to her counterpart in Egypt.

No doubt, Peter Greste is pleased to be out of the cauldron that is the Middle East. Al Qaeda, the Taliban, the Muslim Brotherhood and Isis are all growing in belligerence,  and some recent reports (from the Middle East) suggest that all such organisations are becoming better armed, and more aggressive. This does not auger well for the future!

Much of the book details the appalling court system of Egypt, and the difficulties of obtaining adequate representation, due to poor judicial quality, and language differences. Furthermore, as the political situation is so volatile, the judiciary is influenced by the vagaries of the day and, no doubt, many of the judges and magistrates will be uncertain as to the line that they should adopt, particularly with regard to international reportage and journalism.

Greste, in chapter 14, ‘The Fearful Country’, illustrates that, since leaving Australia to become a foreign correspondent, some twenty five years earlier, upon his return he has discovered that this country has become quite different, particularly with regard to security, freedom of speech, privacy issues and the quality of reportage by the media in general.

As a consequence of the information revolution, huge amounts of information are generated, by individuals, by businesses, and by governments, and the Government of the day has instituted legislation entitled The Telecommunication (Interception and Access) Act 1979, (better known colloquially as the Data Retention Act), resulting in a more over-bearing approach by instrumentalities of the government. In concert with many other national governments of the day, Greste warns that freedom of speech is greatly impeded in Australia. The easy-going way of life that was his early days, sadly, no longer exists.

A most interesting book, well-written, and absorbing.