MARTIN SHARP, HIS LIFE AND TIMES 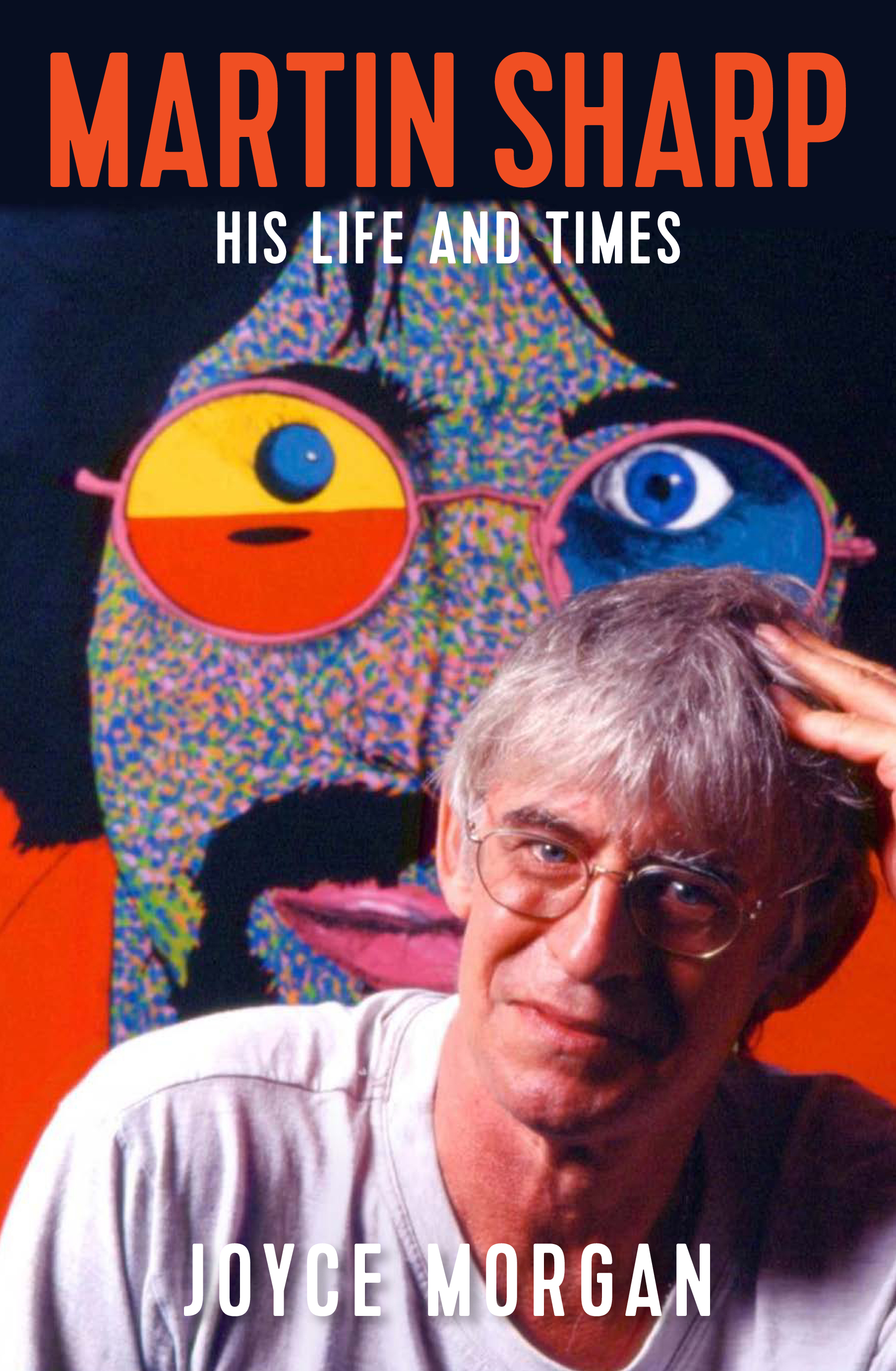 MARTIN SHARP, HIS LIFE AND TIMES

The late1940s and the 1950s were very much a quiet period in Australia’s history.  The horrors of World War 2 were being replaced by the rebuilding of lives, homes, families, infrastructure, and communities. Money was tight, employment not easy to find, so it was necessary to find enjoyment in simple things. This led to lots of low-cost activities, in-home entertainment, dances, local cinemas, and sporting events’ as families gradually acquired some wealth, then the children of the 40s and 50s became the school leavers of late 50s and early 60s,  keen to break the disciplinary strictures of their upbringing, in various ways.  For those of  a more intellectual bent,  and whose parents were blessed with some wealth,  university was the first step into the real world. Those that enrolled in arts, medicine, law and so on, were introduced to a freedom of thought and behaviour that they hitherto had not experienced.

For those who did not aspire to tertiary education, their freedom translated into rock music (The Beatles, The Rolling stones), wine, women and song, cars , marijuana,     ….

For those in universities, there was social freedom and free attitudes, such that they had not dreamed of.  In the event that they had not yet caught up with these opportunities,  publications, prepared on-campus, were available to introduce them to a different way of thinking.  Before long, these publications (e.g. Honi Soit, Tharunka) morphed into expressions of rejection of the societal mores to which their creators (and readers) had been accustomed.

This level of new-thinking was, of course, in evidence in many other countries, no more than in Britain, to where so many young Australians headed, to try their luck in the big world.

Honi Soit (Sydney University) and Tharunka (University of New South Wales) stood out as a consequence of their (relatively) professional presentation, and their outrageous content.  Some names came to be well known, particularly as a consequence of court action, a result of  content in their magazines transgressing the law, as it stood at the time.

One such name was Martin Sharp.  Martin came from an unfortunately fractured family. He was educated at Cranbrook, at Bellevue Hill/Rose Bay, a school particularly favoured by Eastern Suburbs families.  At university, Martin befriended Richard Neville and Richard Walsh, and this led to collaboration with the production of Honi Soit.

The book canvasses, in a very detailed manner, Martin’s life from beginning to end, and the rather dissolute life that he led. This was a consequence of poor decisions, racy friendships, and interests that were not seen by many as being socially acceptable. In part, this was a result of Martin’s ready access to wealth, a result of his generous maternal grandfather.  Martin had a significant talent for art, more particularly in the field of cartooning, and this talent resulted in considerable demand, by those who wished to make their publications more appealing. Martin had studied architecture at University of New South Wales, but he quickly realised that he had no taste for this discipline.

In 1963, Martin, Alex Popov, Peter Grose, Richard Walsh and others gathered at the home of Richard Neville’s parents, to discuss the creation of a new publication. Originally planned as a once-a-year publication, to appeal to wider audiences than universities,  it was to be a satirical  paper, and also one that would canvas the arts and entertainment.  Rather than once-a-year, it became a monthly paper, which was to have significant, and long-lasting impact.  Different names were considered but, finally, it was entitled “Oz”.

Similar publications started around the same time, ‘Village Voice’, in Greenwich Village, and ‘Private Eye’ in Britain, all with the same intent of bringing to an interested readership new ideas of young life of the times.

An obscenity charge was levelled at the third edition of Oz, and certain of the magazine’s creators found themselves in court.  They were found guilty but, on appeal, the verdict was overturned.

Whilst the magazine was, for now, back on track, many articles, over time, were similarly controversial, and so there was always a tension over its existence.

Martin’s talents were, by now, becoming widely appreciated, and he became involved with many well-known folk in the arts/entertainment world. In 1966, he decided to travel overseas despite, in earlier times, vowing never to do so. This was a result, in part, of his disapproval of Australia’s treatment of Jorn Utzon. So, he boarded a flight for Britain, via a number of Asian countries, to try his hand in that exciting venue.

In London, he was fortunate in that some of his Australian friends and associates were already there.  His work attracted the attention of many in the arts and music world, and his list of associates became a ‘who’s who’ of those in entertainment.  Martin’s health was always somewhat shaky, and this plagued him until his somewhat early death.

The book catches the essence of the times in a superb manner. For anyone who grew up during Martin’s lifetime, and lived in Sydney, this is an overwhelming trip down memory lane. And what, in more genteel times, was wine women and song, became sex, drugs and rock’n’roll.