A Local Takes a Hard Look at Council’s Figures 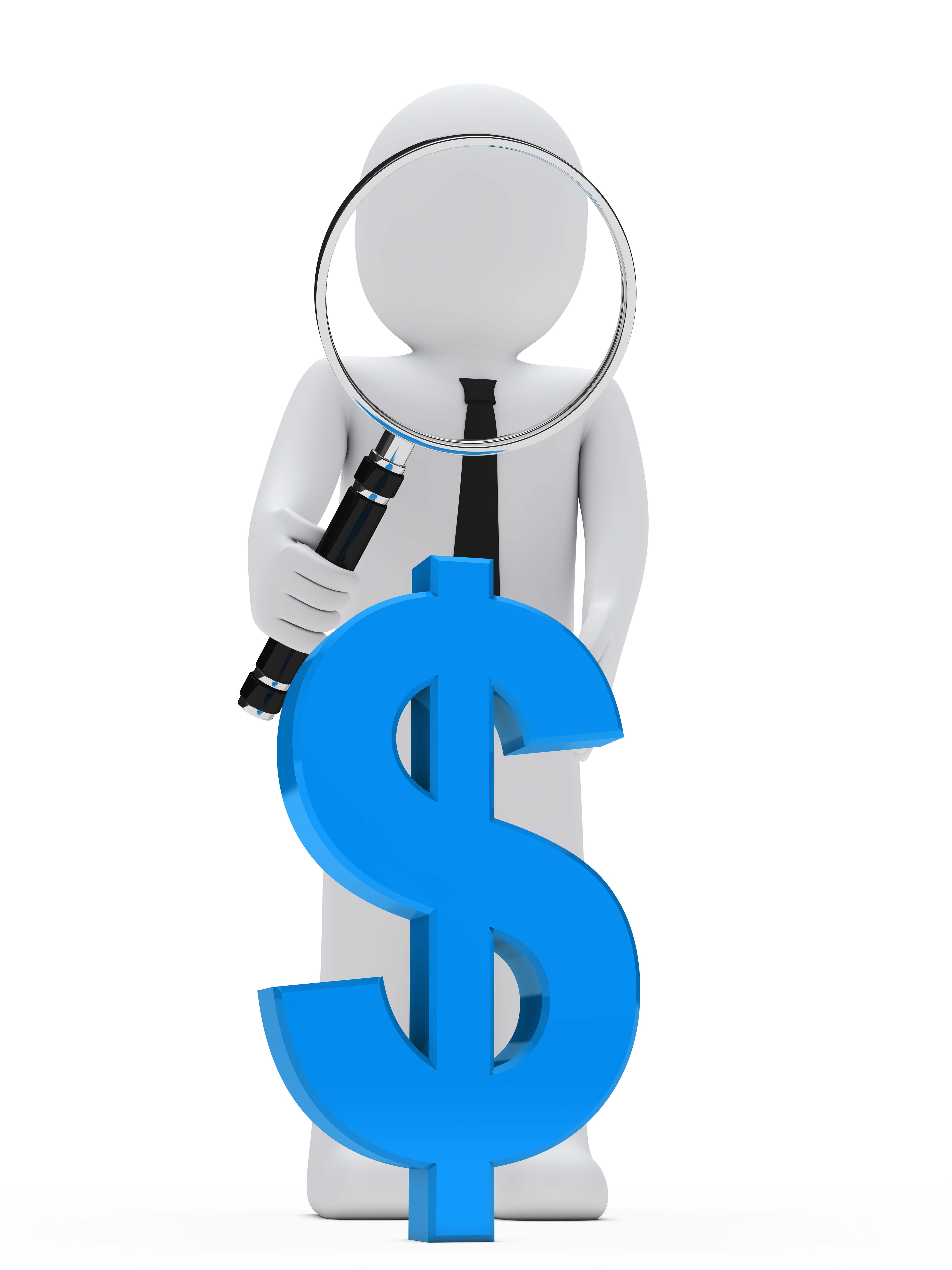 As the Mayor refused to allow me to address the MidCoast Council on 24/1/2018, I take the liberty of publishing the contents of my prepared address in the interests of better local community representation.

I refer to MidCoast Council financial statements for the financial year ending June 30th  2017. Do note, MidCoast Water financials are not included in Council’s statements, as their merger was effective after this year-end date.

Council’s financial statements state that full-time equivalent staffing as at June 2017 was 640. In response to a question at the Community Update meeting October 2017 at Blackhead SLSC, the then Council GM Glenn Handford stated that the head-count at that time was 900 with 180 employees coming from MidCoast Water. This shows that Council has increased staff numbers by 80 (eight zero), since June last year. Using Employee Benefits and On-costs figure from the accounts, the cost to ratepayers is:

I call on Council to repudiate these figures. This increase in staff and associated costs subverts the prime reason for Council merging: to reduce bureaucracy, to reduce costs and to direct these cost savings into infrastructure particularly roads, besides the rescue of two Councils which were deemed to be  “not financially viable”.

I have stated before, at the Community Update meetings, that private enterprise merging three businesses would achieve a 20% to 30% reduction in staffing costs alone and other related costs via economy of scale and better management. Even a conservative 10% reduction is achievable, yielding another $6.5 million reduction in costs.

In 2017, we were deceived by Council’s local media campaign for the need for a rate-increase (SRV) and that this was required to counter the serious decline in the condition of our roads. The SRV was always mentioned in the same breath as the backlog in infrastructure. A reduction just in employee costs of $13 million per year, every year, would certainly help to alleviate the appalling condition of our roads. Council’s failure to properly control and reduce staffing costs is unacceptable. Forget the State government moratorium on “no reduction in staff”. That went out the window when State government breached its commitment to freeze rates for a specified period and approved the SRV.

As announced by MidCoast Water and MidCoast Council, their merger is expected to deliver $3 million in savings, a 15% reduction using the same foregoing formula and using audited accounts for June 2016 as their financial statements for 2017 are not yet released.

Are ratepayers unreasonable in demanding 15% and not just 10% savings on the merged Council? It is normal business practice to set defined potential savings before a merger takes place, and this was not done for the three Councils. We are now paying for that in paltry merger cost savings. Of course, it remains to be seen whether the same under-achieving MidCoast Council will deliver on the projected MidCoast Water savings. Neither entity stipulated a timeframe to achieve this saving. Their website states “These savings could exceed $3 million and this may assist in mitigating water and sewerage pricing pressures in the short and medium term.” Time will tell.

Delays cause suspicion, and it further concerns me that the financial accounts for June 2017 for MidCoast Water have not yet been released. On what financial basis have both parties announced the expected savings? Will “heads roll” for under-achievement?

Level of debt is another quagmire that will shock ratepayers once figures are released, and Councillors need to address it urgently. At the same Community Update meeting, Glenn Handford also stated that debt was running at $18 million. This is a fallacy. Council’s accounts show total debt (Current + Non-current Borrowings) at June 2017 was $64.5 million and with increasing staff and merger costs the debt level is undoubtedly now higher. Perhaps this is why Glenn Handford reneged on presenting a synopsis of financial statements at the Community Update meetings, contrary to his earlier commitments “to be transparent and open and to present a financial overview”. Instead, we were repeatedly told of the dire need to fund infrastructure particularly roads and the need for an SRV with lots of pictures and graphs highlighting the severe backlog in roads maintenance.

My concern for spiralling costs and debt levels leads me to another potential time-bomb, the decision that Councillors will face in about two months’ time, which is the approval of expenditure on the proposed development of Council offices on the Masters’ site, an undertaking that will further spiral debt. In this electronic age of cheaper communication, working remotely and video conferencing, I seriously question this empire-building undertaking. To reiterate, we were led by Council to believe roads and infrastructure were the most urgent concerns, and squandering on this undertaking is unacceptable.

Council held fifteen community consultation meetings in their endeavour to design a new logo, and many more internal meetings, all with the assistance of external consultants. Will ratepayers ever know what all that cost? We do know that the value of the logos for the defunct Gloucester Council and Greater Taree Council is zero. How much was spent on those originally? It’s ironic, there has been no public consultation by Council on their perceived need for new council offices, even though the “expected” expenditure is in the region of $30 million.

From a financial viewpoint, Councillors should never be asked to make a weighty financial decision on any undertaking, using accounts that are eight-months out of date, inadequate and unsuitable. Council needs to provide its up-to-date internal “10-year Financial Plan” to Councillors and include in that statement:

figures for the expected recovery from divestment in current offices, and importantly

projected level of debt, and

There is no need to go through a full audit process with consequent delays before making this essential information available. It is adequate for Council’s accounts staff and external auditor to stand by the figures and evaluations. Importantly, no decision should be taken by Councillors until a proper business proposal is presented and viable alternatives are evaluated. Further, Councillors and interested ratepayers need to be apprised by the same personnel in a public forum open to scrutiny and questions. The muzzling of questions from the public gallery, that takes place at extraordinary Council meetings, is unacceptable. Hopefully, with common sense and business acumen, this foolish Masters’ site undertaking will not proceed. It should be canned. Time to stop frivolous knee-jerk undertakings.

Ratepayers are currently witnessing a dysfunctional Council, and this started months prior to the resignation of the (then) current GM. As Councillors jockey to sit on the panel assigned to appoint a recruiter to shortlist candidates for the vacant GM position, they also have responsibility to ratepayers to define key-performance criteria for this key position. It is essential for the selected candidate to accept, and commit to, these criteria, and the same criteria should be used in performance review and assessment. The State government failed to define the expected cost savings from merging Councils. It is now opportune for Councillors to clearly quantify and ‘timeline’ the savings, and to include them with other clearly defined performance criteria in the brief to appoint a new GM.

Council should focus on cost reduction, debt reduction, significant reduction of the backlog of road repairs, then, and only then, should Council consider viable alternatives for office accommodation, if there is a real need and it is justifiable. In the meantime, I suggest ratepayers brace themselves for future shocks on onerous levels of Council debt. Do we have to wait until this time next year to see a consolidated financial statement with MidCoast Water included? This would not be acceptable.

(Mr Deignan Qualified in Engineering and IT (Information Systems), MSc from Trinity College, Dublin, 1970. Pursued a career in IT developing computer software for financial applications. Ed.)