Loss of a Hidden Gem 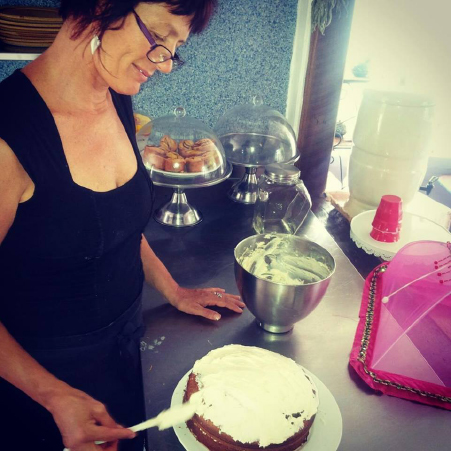 As a hidden gem of the Manning closes its doors, owner Janeece Irving looks to the future.

After five and a half years, the Wild Fig Wholefood Café has closed its doors. The little lavender cottage tucked beside the Martin Bridge in Taree was one that I’m sure many locals have driven past without ever venturing inside – but those that did visit were treated to healthy meals and a great atmosphere.

In fact, it was visitors from beyond the valley who often enjoyed the café most. As Janeece told me, many of her visiting customers had searched online for cafés in Taree, with the Wild Fig receiving the highest recommendation on Google.

Meeting all of these interesting characters as they stopped for a break on their trip, was what made the café so special for Janeece. Whether they were looking for something to do in the Manning, or just passing by along the highway, Janeece was often the first local to welcome them to the Valley and offer advice on what to see and do around our beautiful area. Many of them would return for another coffee and a chat on their way back home!

While many tourists loved the little café, it was a handful of friends and family who gathered to farewell the Wild Fig.

I was lucky enough to attend the private gathering on a sunny Sunday afternoon, a week before the doors were locked. In the garden courtyard overlooking the river, regulars shared a final coffee, a rich blend organically grown near the Clarence River on the North Coast. Like many of our beautiful restaurants and cafés around the valley, Janeece built her menu around fresh and locally grown ingredients, showcasing the best of the Manning to visitors from across the country.

At the farewell party, Janeece ducked to the kitchen for half an hour, and returned with platters of dishes full of fresh local vegetables. In typical style, she slipped away from the celebrations (in her honour) in order to provide beautiful food for the regulars. As she told me, this café was always a ‘passion project’, more about the community and providing a connection between her customers and the local produce than about money. While she had previously been involved in two cafés – It’s Only Natural in Taree from ’81 to ’90, then the Bobin Bush Café from ’94 to 2004 – the Wild Fig was Janeece’s first solo effort. Her passion for the business is clear, and everything from the healthy menu to the frequent musical concerts in the courtyard reflect her personal tastes. After over five years of running the business, she has decided that it’s time to say goodbye to the little cottage by the river, and look for a new adventure.

As Janeece prepared the canapés in the kitchen beside me, we hear the sound of many drums and a didgeridoo drift through the café. Outside, children (and children at heart) are laughing and dancing to the beat, and birds flit around the thriving garden and add their songs to the music. A drum circle in the courtyard isn’t as surprising as it sounds – Janeece’s connection to local music goes back a long way. Just a week before the farewell for the Wild Fig, I found her in a little cart making coffees at the Wingham Akoostik Festival.

Janeece has been involved in the Akoostik Festival from the very outset almost a decade ago, and the idea for the festival came from a conversation she once had with other (soon-to-be) Akoostik committee members. A fond fan of folk festivals around the country, Janeece thought ‘Why not have one in our own backyard?’ After Russell Morris, the Eurogliders, and Kasey Chambers shone on the stage this year, Janeece can certainly be proud of how far that little idea came!

So what next for the Wild Fig? Hopefully someone decides to follow in her footsteps and keep that gorgeous spot open as a café. Riverview Cottage beside the café, which sells retro wares, clothing, and beautiful jewellery, remains open.

Meanwhile, Janeece will still be found at festivals and local events in her little coffee cart, offering up delicious Clarence River coffee. She has also recently bought a small property in Green Point, already filled with a thriving market garden. So if you see her around – say thanks and wish her luck!