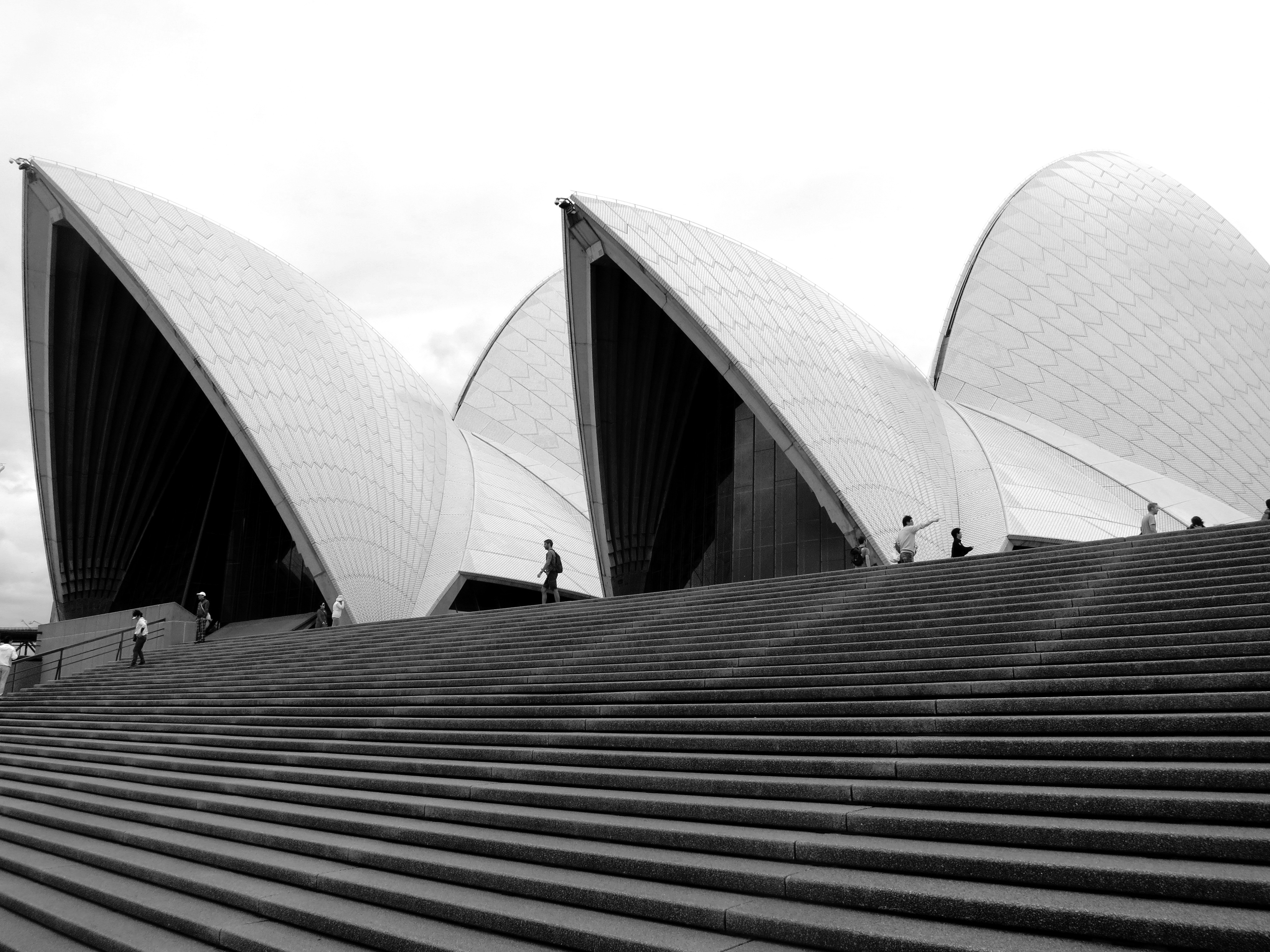 ‘We’re building Sydney’s future!’’ declare the hoardings. And they’re right. That’s what scares me. For it’s a future that reduces this intricate and leafy heart of old Sydney to a concrete-and-steel cacophony; fast, featureless and corporate-minded. In a word, grey. Much of Sydney is naturally blessed, but this historic core is unique as a made thing. It can never be re-created. Inner Sydney is ours to share and treasure. Destroying it is not forgivable.

The hoardings in question enclose the light-rail construction site, but it’s not small, and it’s not temporary. It’s not breaking eggs to make omelettes. It’s breaking eggs to funnel public assets permanently into private coffers, draining the city of its texture, lifeblood and sweetness. Protest, and they fence you in, arrest you and fine you thousands. Are we still calling this a democracy?

‘‘Infrastructcha!’’ is the war cry. And it is a war, as anyone knows who has passed lately along Anzac Parade or Alison Road, or through Haberfield, Frenchs Forest, St Peters, Mascot or the other parts of Sydney being flattened for the infrastructcha gods. But even for those of us inured to neo-liberalism’s rapaciousness, this latest destruction is next level.

It has three parts. All of them alienate public land, destroy public beauty and funnel public funds for private benefit – and they focus on poor, hacked-about yet much-loved Moore Park. There’s the huge Allianz Stadium redevelopment that keeps seeping out through leaky government denials. There’s the Entertainment Quarter (the old Royal Agricultural Society showgrounds) redevelopment by a bunch of wealthy mates. And there’s yet another massive new road being ramrodded through some of Sydney’s most fragile fabric by the Sydney Motorways Corporation.

First, a word about beauty. Australians tend to regard beauty, especially in the urban environment, as an optional extra. When seas get rough, beauty is first overboard. But that’s a mistake, because beauty is a connection thing. Beauty gives strength. Totalitarian regimes understand this. To enfeeble your enemy, destroy what they love – monuments, Buddhas, churches.

In our case, it’s trees, parks, neighbourhoods. We feel the threat, voice our opposition, risk punishment, see our treasures bulldozed and lose heart. That’s how it works. It’s what they want. Perhaps, at one level, it’s why they do it. But there’s another reason for beauty’s inherent value. Beauty is made order, a push back against entropy and chaos. Not all order is beautiful, but all beauty – nature or culture – creates order. In this sense, and more literally, beauty is embodied energy. Hence its appeal. Responding intuitively to the care and purpose vested in matter,we feel its destruction as a desecration, especially when the new order is lesser – third-rate hotels replacing avenues or motorways replacing century-old parklands.

The Allianz Stadium occupies Sydney Cricket and Sports Ground territory, itself alienated from Centennial Parklands. Seating 44,000, it is seldom full. But for years, the City of Sydney has had to fight off cloak-and-dagger SCSG Trust efforts to expand – not on-site but out on public parklands, with a 55,000-seat stadium(special emphasis on corporate boxes) and 2500 underground car parks.

It’s the monster that refuses to die. Last year, then premier Mike Baird seemed to kill the proposal, promising most of the $1.6 billion stadium redevelopment fund to stadium building on Parramatta Park instead. An enabling bill to this end was introduced this month. But in August Premier Gladys Berejiklian promised to fast-track both stadium upgrades to begin before the 2019 election even if costs soar beyond $1.6 billion, and scoured Korea and Japan for backers. Talk of a smaller capacity and footprint than earlier proposals give little comfort given the history of secrecy here.

Such desperate impatience has desperate ends. It forced the lightrail to destroy 15-century-old Anzac Parade fig trees. It saddled us with a clunky outscale poles-and-wires system instead of thewhisper-silent tramthat other cities enjoy, snaking through grassy, tree-lined streets. And(found the Auditor-General) it more than doubled the cost of the Albert Tibby Cotter Walkway – that hideous and barely used bridge from nowhere to nowhere that many still see as a stadium stalking horse – frominitial RMS estimates of $10 million to $15 million to $38 million.

The Entertainment Quarter, despite being Crown land, seems set to become an adjunct to the SCSG. It’s leased by Carsingha consortium (Gerry Harvey, John Singleton and others),which is believed to have significant but secret development plans. Yet there are mysterious signs. There’s that otherwise inexplicable ATC footbridge. There’s the EQ’s very ownlight-rail stop, although no one goes there. And there’s Sports Minister Stuart Ayres’ emphasis in budget estimates this month on the ‘‘important role’’ of EQ’s showgrounds stadium in delivering the ‘‘long-term … stadia strategy’’.

Perhaps most backward of all, though, is the ‘‘Alexandria to Moore Park Connectivity Upgrade’’, a massive road widening that will channel West Connex’s 120,000 extra daily vehicles across south Sydney, destroying dozens more fig trees on South Dowling,McEvoy and Dacey Avenue and produce a vast ‘‘continuous flow’’ intersection, the biggest in NSW, on the once-leafy corner of Anzac and Dacey. All driven by the privatised, privileged, toll-hungry Sydney Motorways Corporation.

This is not about sport, or public benefit. It’s about clubs, corporates, wealth and infrastructure. Consider the overlaps. SCSG Trust members include chair Tony Shepherd, exchair of West Connex; Barry O’Farrell, who as premier signed off on West Connex and the ATC Walkway; Katie Page, chief executive of Harvey Norman and wife of Gerry Harvey,who wants to build sporting infrastructure on the EQ. Oh, and Stuart Ayres, minister for both Sport and West Connex. Cosy as.

Sydney is in its biggest building boom ever. It is critical we get this right. More density demands more parks, not fewer. Yet everywhere, the neo-liberal agenda is wrecking our treasured city. Business overwhelming sport, corporate greed overwhelming public benefit, concrete, asphalt and steel overwhelming everything green or soft, eccentric, old or strange. If that’s Sydney’s future, it’s one we must fight.