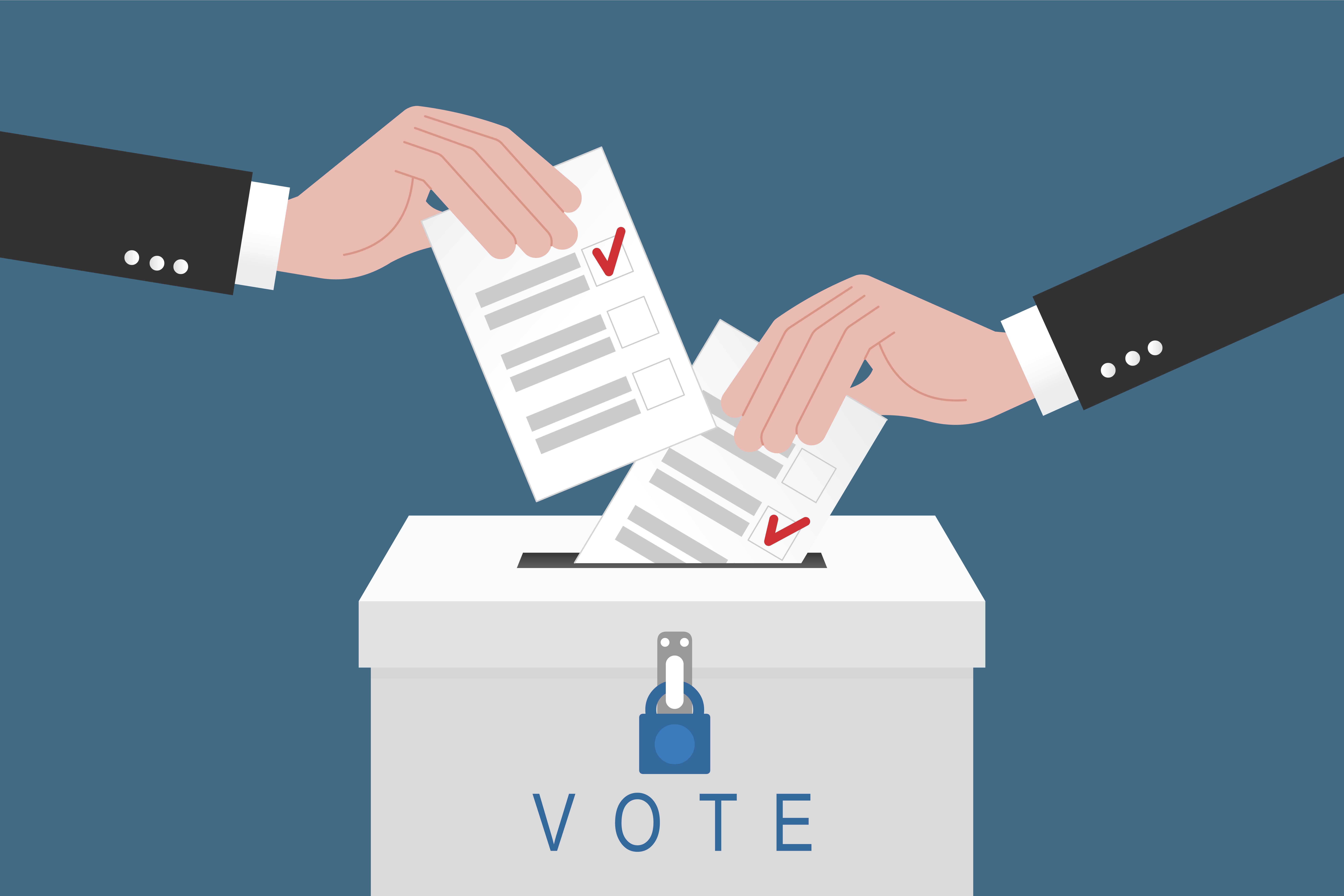 More than possibly ever before, the forthcoming council elections are vitally important to our future for years to come.

In the privacy of the voting booth we have the opportunity to, as has been said, ‘drain the swamp’ and start afresh.  Even the possibility to de-amalgamate looms.

There has been angst, anger and frustration over the forced amalgamation of the previous councils. This has seen an interim Administrator and temporary council take the reins and ram decisions through as fast as they can before we elect a proper council. Some shocking acts of deemed bastardry – a rate rise (SRV) by stealth, the take over of MidCoast Water which, it has been predicted, will be gutted, plans against the wishes of a community to replace the Cedar Party Bridge and demolish the community swimming pool (with no comparable, if any, replacement,) and have now set their sights on Tuncurry’s swimming pool, while gold-plating their home precinct of Forster with a massive edifice masquerading as a public amenity (library and civic centre which, if you’ve looked, are terribly tiny) and seniors’ retirement living.

Stars of the Show

The main stars of this grab-it-and-run show are the Administrator, John Turner, rumoured to have been paid half a million dollars plus Super for his efforts over eighteen months, and who has now saddled us with a General Manager on contract till 2021, Glenn “Pay me out if you don’t like it” Handford, by taking away his interim title in a sneaky late notice motion with no public scrutiny, community consultation or publicity.

What is also sadly emerging is a divisive fracturing of the huge new council area.  Over ninety thousand residents spread over ten thousand square kilometres in a sprawling regional area is simply unmanageable. Parochial factions have emerged, neighbourly friendships are strained as everyone competes for council dollars and attention. By the by, have you tried to ring Council? They are woefully understaffed or unprepared, or unwilling, for contact with the public. Phones go unanswered for days even weeks.

When seeking comments from Great Lakes business operators for this paper, few were willing to be mentioned or have their name made public for fear of council retribution. Several agreed that the area was dominated by well-heeled retirees from Sydney who have settled in Forster, and are nimbys (not in my back yard), who push for progress such as high rise developments and don’t give a fig about those other places around them, ie, the rest of the council region. Many agreed that Forster would be “gold plated” and become another Gold Coast, before anything was fixed in other council areas.

While everywhere else from Harrington (see letter in Your Say) through to Gloucester and surrounds, all have their travails – dare we mention roads and bridges – the empire building continues apace in Forster, and this interim council has already racked up a 12 million dollar debt, which was not all inherited from the merged councils as locals like to claim.  (From the  IPART Report in reference to Great Lakes –

Although the council’s forecast to meet the operating performance ratio benchmark in 2019-20 is marginal, further improvement in the ratio is forecast to 2024-25.

While the building and infrastructure asset renewal ratio is slightly below the benchmark in 2019-20, it peaks at around 12% in 20156-16

In its proposal, the council relies on the successful application for and adoption of a special rate variation from 2016-17 of 20.7% cumulative over four 4 years (10.3% above the rate peg).

NOTE: That rate application in the third point above was not approved by IPART due to the amalgamation. So they were not fit for the future.)

The fact remains that, throughout the electorate, there is grave concern about our future. Like the rest of the country, we look for strong and smart leaders. Many feel those in charge of the cash and who control our future are in it for the wrong reasons and have vested interests and priorities.

One local resident businessman, Peter Howard, who owns the cinema complex in Tuncurry, is concerned by the Forster Civic Centre Precinct proposal, recently signed off by Council and forwarded to the Joint Regional Planning Panel (JRPP) for final approval, which is still pending.
‘If the cinema component of Civic went ahead it would undoubtedly put our business in jeopardy, because there’s simply not the demand to have two cinemas in such a small area. Look at Port Macquarie and Coffs Harbour, they have just the one cinema in cities more than three times the size of Forster /Tuncurry, yet somebody thinks there’s a vast under-served demand here? It’s crazy.’

Peter Howard went along to the March meeting of the Forster Business Chamber that was addressed by Council’s interim GM Glenn Handford, and feels that the Civic Precinct development represents a very real danger to many operators in the wider business community of the Great Lakes and not just his business.

‘I don’t think many business people and landlords have woken up to the fact that it’s not just the Library, community facilities and a high rise of Seniors Apartments in this place. There’s also a huge four and a half star hotel, a nightclub, a supermarket, another gym, a childcare centre, yet more cafes and restaurants and of course the three-screen cinema. Do we not already have enough empty retail in the Forster and Tuncurry CBD’s? Even Stockland has empty shops, yet Council is championing more retail. I’ve spoken to numerous businesspeople who had no idea this development was as extensive as it is. There’s already four full-sized supermarkets in Forster Tuncurry, and plenty of gyms, cafes and motels that struggle along outside of the school holidays, and especially in winter. Is this Forster’s future white elephant?’

The developer from the Gold Coast is also building the Evermore Retirement Village behind the hospital in Forster. Council doubled their money on the land sale for the precinct development, but the developer will have the last word on the tenants and the taste and style of the building outside of the Council’s small public section of the library, information centre and meeting rooms, which Howard describes as very small.  A live entertainment venue was suggested but knocked back.

Howard continued, ‘Glenn Handford presented the development to the Business Chamber as if Council were interested in feedback, but I think many in the room got the impression that it was a done deal already, even if Council hadn’t completely rubber stamped it. The Developer’s supporting documentation for Civic was already complete before the public was told about it. It was kept behind closed doors as long as possible. Then, once out in the open, it was put on an expedited track to be all done and dusted before a new Council was elected, I guess they didn’t want anyone outside of John Turner and the unelected bureaucrats having a closer look at things.’

Ghosts of the Past

There is also deep concern among voters that the ghosts of councils past are re-surfacing. Those who were there before got us to where we are now. So perhaps we should urge friends, family and neighbours to seriously participate in the democratic process and take this election seriously and vet the candidates carefully and the preferences that they suggest in their How To Vote cards. Do we want a another Ricky Muir episode where a candidate  was elected to the Australian senate with only 476 primary votes, the rest were preferences?

We need to know we have a council who will not just take the money and run, but will think through and consult with us properly, not the tokenism we’ve experienced with MidCoast council so far. We don’t need an other  Local Representative Committee (known as the Noddy Group colloquially) who turn, up nod in agreement and go away, which achieved nothing tangible and cost us approximately 400,000.

We need people who have a vision that encompasses the past as well as the future, where knocking down old buildings isn’t seen as progress. Nurturing the intrinsic values and distinctive areas that set us apart from everywhere else . . . such as our clean green natural image, pristine beaches and rivers, the quaint historic towns, villages and buildings. Progress that is sensitive to its environment where developers are encouraged to put greed to one side and perhaps leave a stand of beautiful trees or renovate a grand old building as an asset rather than something in the way of the bulldozers.

We need councillors who care.  Who consider the elderly, the homeless, the disadvantaged, the mentally ill, with compassionate and practical solutions. Where it’s not always about the money. Who encourage outside the square ideas, new initiatives, and welcome conversations with the community rather than foster the attitude that they know best and we just pay for it.

So consider carefully who gets your vote, nobody knows who gets your tick inside that little booth.  We need people with brains, who are articulate and experienced in dealing with clever types trying to outsmart the system and pull the wool over the eyes of the community.

Consider who has proven themselves by working for the community and not just because they were being paid.

It’s a big call. But it’s time to stand up and say enough is enough, and if you don’t feel our state and federal politicians are not doing a good enough job, then let’s start where it counts – at home.