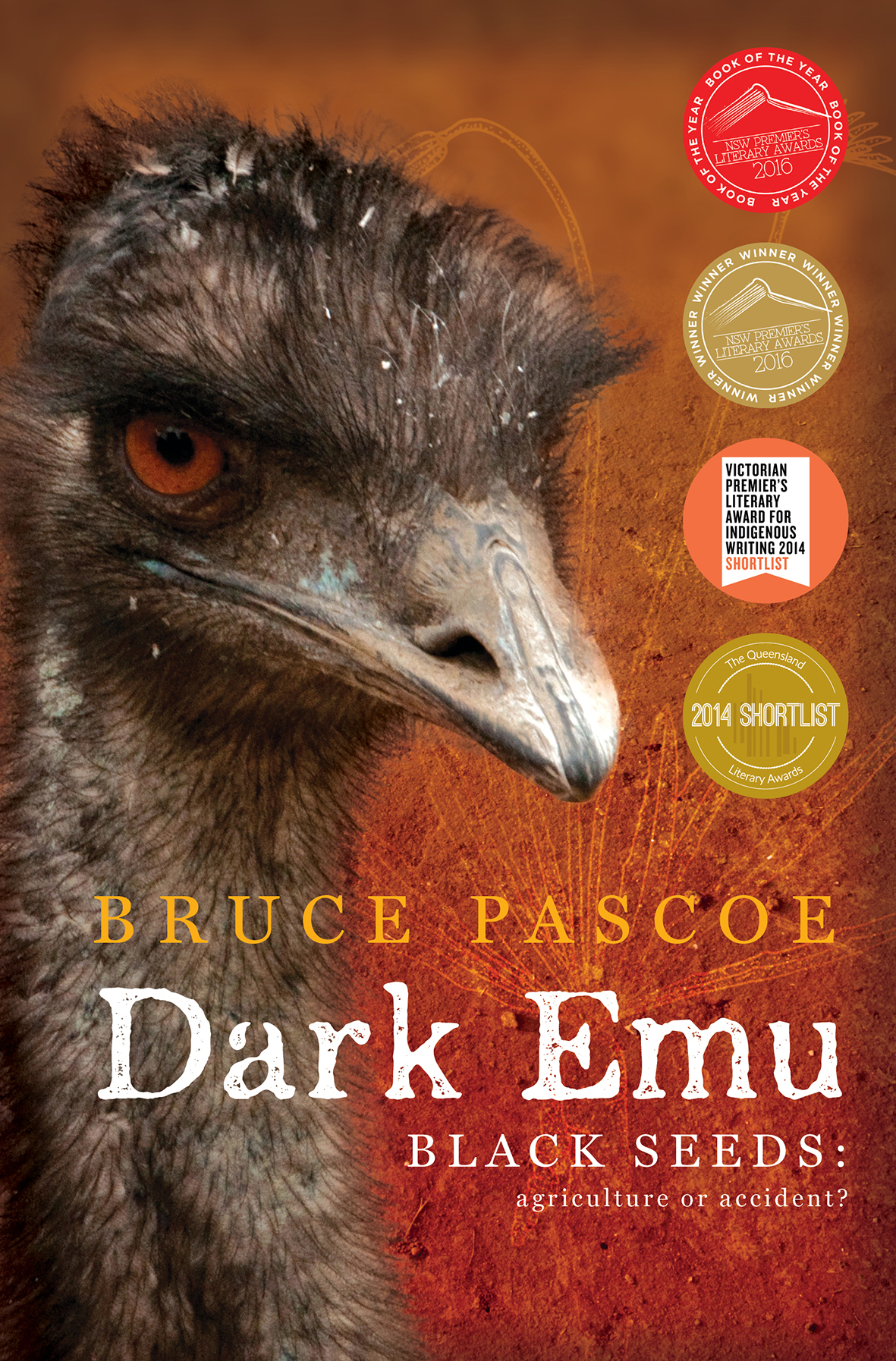 This is an amazing book and a revelation to read. When it was published, it won the 2016 NSW Premier’s Literary Award, NSW Premier’s Book of the Year, Victorian Premier’s Literary Award for Indigenous Writing 2014 Shortlist, and The Queensland Literary Awards Shortlist. Pascoe has written a scholarly work, which may be classified as a meta-analysis of the writings of early settlers and explorers as they made contact with the Indigenous peoples. He includes research findings from Victorian academia to support the evidence of a highly sophisticated Indigenous Agrarian society, which enabled this country’s original inhabitants to maintain very healthy lifestyles in sophisticated houses, with ability to store, bake and manage the abundance of grains and animals that were plentiful in the land.

Years ago, my picture of Australian Natives, before white settlement, was of a hunter-gatherer peoples eking out an existence in a harsh land. They lived a precarious existence, with little hope of survival when drought or other environmental catastrophies occurred. This was what was taught at school, and we were often raising funds for the ‘poor natives’ in the outback. I now know that the reason they were in need of charity was that they had been dispossessed of their land and the means to survive. Bruce Pascoe takes us through all aspects of how the people lived 229 years ago. He tells us about agriculture, aquaculture, population and housing, storage and preservation, fire, the heavens, language and the law. There are many photos and paintings in the book done by the early settlers and explorers to give us a fuller idea about how they lived.

Here are some comments made by the explorers and settlers that I found very revealing:

Major Thomas Mitchell (1792-1855) was an educated and sensitive man, who would have been great company. As he crossed the Australian frontier, he describes what he sees. ‘…….the grass is pulled….and piled in hayricks, so that the aspect of the desert was softened into the agreeable semblance of a hay-field….we found the ricks or hay-cocks extending for miles’. He shows astonishment at the size of the villages. He notices: ‘some huts…. being large, circular, and made of straight rods meeting at the upright pole in the centre; the outside had first been covered with bark and grass, and the entirety coated over with clay. The fire appeared to have been made nearly in the centre, and a hole at the top had been left as a chimney’. P: 29

A bush worker and cameleer, Walter Smith described a method of taking seeds into other areas where they didn’t occur naturally ‘……they chuck a bit there (at a favourable locality). Not much, you know, wouldn’t be a handful. (They) chuck a little bit, spread it ….you see – one seed there, one seed there…… they chuck a bit of dirt on, not too much though, And soon as the first rain comes… it will grow. P:29

The science of baking developed alongside the seed harvests. Richard Fullagar, Austalian National Museum, and Judith Furby, University of NSW, found grindstones at Cuddie Springs, near Walgett, which had been used to grind seeds more that 30,000 years ago, making these people the world’s oldest bakers. P:30.

The Assistant Protector of Aborigines of the Port Phillip District (1839-42), ….decided to introduce the European theory of farming to the Aboriginals assembled at his Lake Keilambete Protectorate. They took one look at his English ploughing technique, and immediately hoed the soil across the slope of the land and broke down all the larger clods. They’d been farming this land for thousands of years and weren’t about to allow erosion to ruin the land. P: 24

The Aboriginal methods of land management were not just practical but aesthetically pleasing. Mitchell noticed the beauty of the county but considered it an accident. ‘We crossed a beautiful plain, covered with shining verdure, and ornamental trees which, although ‘dropt in nature’s careless haste”, gave the country the appearance of an extensive park.” P:27

Ian Chivers, Adjunct Professor at Southern Cross Univeristy, writes in the Conversation;  ‘these long term cereal production systems were a feature of Aboriginal- Australian farming systems for thousands of years’. Furthermore, he suggests we should be ‘looking at perennial grasses for our grain types, not annuals. Can you imagine a permanent pasture that also produces a grain crop…. as well as being a pasture that is able to survive the drought ….without the need to re-sow once the drought is over? This is a perennial grain-cropping system as it was used in the long-time past, but which is still there for the discovery if we are wise enough to look’.  P: 38

Well known author Eric Rolls says in his book,  A Million Wild Acres, noted that dispossession of Aboriginal people and destruction of their villages was followed by an equally rapid deterioration in the soil, the foundation of the pre-contact economy.

The fertility encouraged by careful husbandry of the soil was destroyed in just a few seasons. The lush yam pastures of Victoria disappeared as soon as sheep grazed upon them, as the dentition of sheep allowed them to tear growth right to the ground, destroying the basal leaves. The English pastoralists weren’t to know that the fertility they extolled on first entering the country was the result of careful management, and cultural myopia ensured that even as the nature of the country changed, they would never blame their own form of agriculture for that devastation.

John Davis, who was searching for Bourke and Wills, writes about the vast quantities of nardoo seed waiting to be harvested on the dry floor of Lake Coogiecoogina in the Strezelecki Desert, reminding us that ‘desert’ is a term Europeans use to describe areas where they can’t grow wheat and sheep. With the spread of White settlements, houses, water races, harvest fields and irrigation may have been observed but, within weeks, sometimes hours of this observation, fire destroyed the houses, sheep and cattle destroyed the fields, and the dams were usurped for Europeans use. P:45

The loss of their system of farming was crippling for the Indigenous peoples. They lost their food to the cattle and sheep of the settlers. As a consequence, they lost both their habitation sites and one of their principal forms of sustenance.

I have only written about a few pages contained in this book. It would take many more pages to describe the housing, ingenious fish and animal corralling systems, storage, and the seeming high dietary value of the crops farmed. We are being urged to have a conversation about the changes to the Constitution, to include the mention of Indigenous Australians. This Dark Emu Black Seeds would be an excellent starting point for this conversation. One of the main areas we need to develop in this conversation is respect for the original inhabitants of this land.