Searching for the Perfect Life 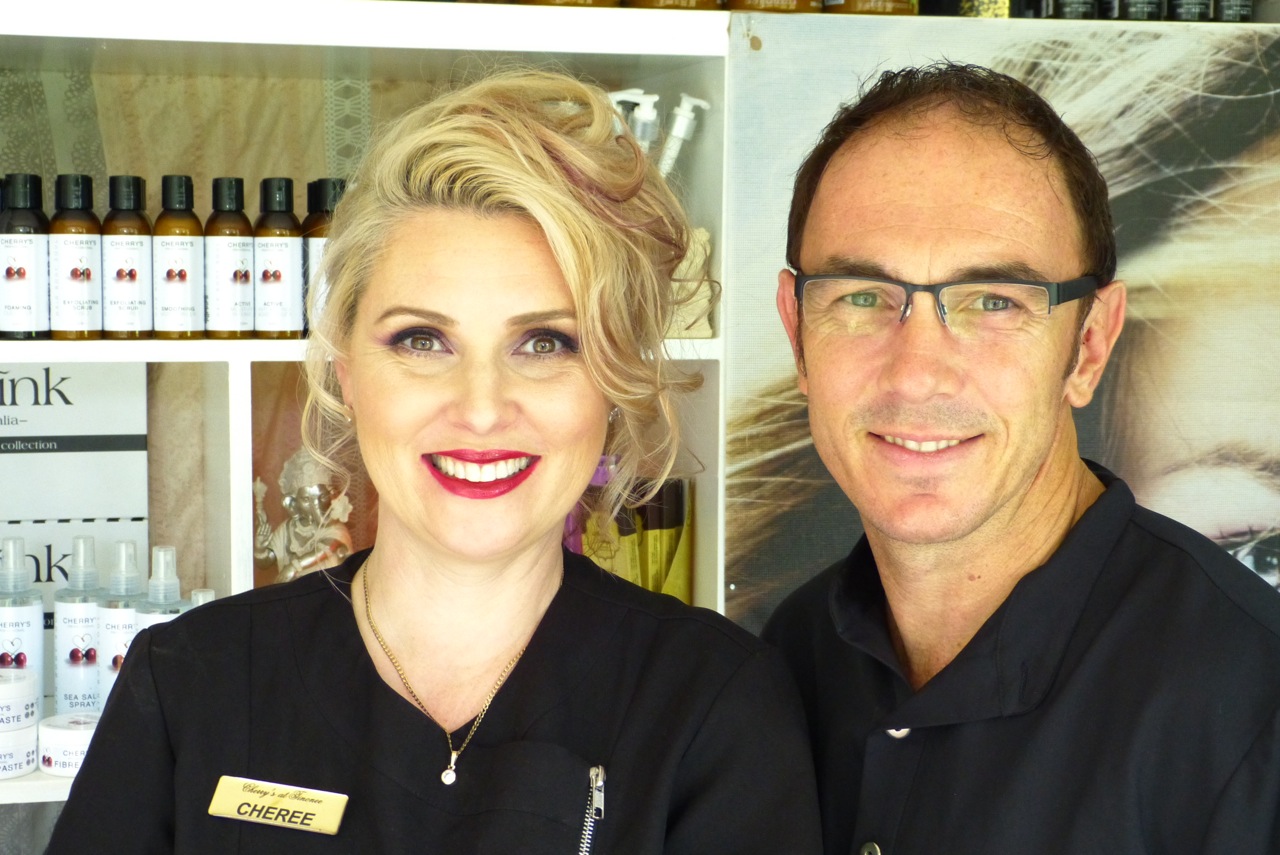 There are some people who have lived in a village like Tinonee all their lives. Then there are newer residents. like Cheree Finnerty, who discover this gem of a village and take a punt on moving and starting a business.

Her business is hair and beauty, so tucked away on a property she shares with her partner Jason, is a fully equipped Hair and Beauty salon – Cherrys at Tinonee. It’s not a place you’d drive past but now locals are seeking her out.

“I’ve always worked in the hair and beauty industry, it’s been my whole life,” said Cheree.

But often life can take twists and turns.

“I knew my mother wanted to be a hairdresser so maybe that planted the seed. When I was twelve I spent Saturdays helping out in the hair salon at Long Jetty to see if I liked it. Then in year 9 I did work experience in a beauty shop. So I left school at 15 to look for an apprenticeship which was hard to find. So mum insisted I do a course or go back to school. So I did keyboarding and bookkeeping and then I got a job in a beauty hair salon at The Entrance  where I stayed there for 5 years.

“I learned a lot. Heaps. Then I moved to Sydney and worked in  place creating exotic wigs, hair replacements, laser treatments,  as well as styling. I stayed there for three years.

However she split up with her partner with whom she had two children.  And then she met Jason.

“I’m something of a spiritual person and I sense things,” admitted Cheree. “Very early on in this new relationship, I got pregnant. And along came our beautiful daughter Aria. (Now six.) Then I developed cervical cancer and I was told that I could not have any more children. So  had Jason and I waited… well who knows,” she shrugs.

Jason was working in hospitality, running hotels and managing pubs. But it wasn’t a life he enjoyed or suited his health. And it didn’t suit his family life. So they decided to get out of Sydney and chase their dream  of living in the country where Cheree could build her own salon.

“We drove up and down the coast and when we found Tinonee we knew that this was it! Jason finished up in his job but was wondering what to do. As he had done a lot of renovating Cheree suggested that he try for a job at Bunnings and he landed a position at the Maitland store.

Continued Cheree, “So I lived here in Tinonee on my own for the first seven months, renting a granny flat from our neighbour. Which was a bit tight with three kids. (Aria now 6, Tynan 12, and Chante,15.)

“Jason used to be in a band in Queensland and I have done a bit of singing on the side, ” she says with a big smile. “Jason is pretty flexible. If he wants to know something like what to do in the garden he researches it like you won’t believe. He is even doing his diploma of beauty course to help out in the salon so he can learn things like massage.”

As owner builders Cheree spent a lot of her time researching and designing what they wanted. First step was to build her long awaited salon. ” I was lugging bags of cement, throwing them into the cement mixer and going for it, “said Cheree.

Cheree opened Cherrys at Tinonee a year ago and already has a faithful clientele.

Cheree rattles off her skills, ” Hair extensions, spray tanning, Make up, Nails, Eyelash extensions.” These talents have been invaluable for doing make over for weddings.

Cheree admits that is has been hard work. “But we will get there in the end. The best thing is – we love being here.

A home, a business, a lot of hard work, and a peaceful healthy lifestyle