Creating the Future – What’s wrong with the NBN? 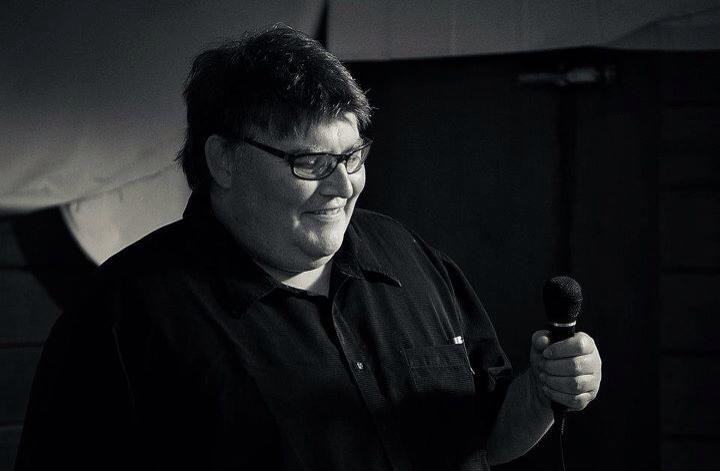 Ric Richardson, inventor and IT expert

ANSWER – WE SHOULD HAVE GONE FIBRE

Ric Richardson is an Australian inventor. He started tinkering with bicycle designs in the mid-1970s. With one of his brothers, Ric created the “shade saver” sunglass cords to hold sunnies in place. He has gone on to be one of the most brilliant technical minds working today.

There are countless stories of Australian inventions being taken overseas to develop and the inventor losing out to the Big Boys. Ric is known as the brave, stubborn, brilliant one man who took on the goliath, Microsoft.

He is a generous supporter of Aussie inventors, running workshops and sharing advice from his home in Byron Bay, NSW.

Here he talks to his old friend, Editor Di Morrisey.

Ric’s dad, Fred Richardson, was an original “Four Corners” cameraman who became a stringer for ABC-TV news and the then popular “Weekend Magazine” TV program produced by leading ABC Foreign Correspondent, Wingham-ite, Jim Revitt. Ric started working with his Dad as a sound recordist in his pre-teen years and a fond relationship grew between Jim and Ric that lasted to Jim’s dying day.

(Jim Revitt can be seen proudly reliving his role as a mentor to Ric in the Australian Story TV episode entitled “The Big Deal” which was viewed by over two million people in it’s first week on air. DM)

After school, Ric went into the music industry before dropping everything to go boots and all into his first big invention, experimenting in a work shed at the back of the Jim Revitt’s Sydney home. At age 30 Ric developed Uniloc, a method of securing and locking computer data. The technology would end up being used on most of the world’s consumer software. However Ric became better well known, not for his technology breakthrough, but from his decade plus long battle with Microsoft in which he eventually settled a patent infringement court case in the hundreds of millions of dollars.

Since the battle with Microsoft ended Ric has been very busy working out how do away with passwords (see Haventec.com), solve the shark problem (see SafeWaters.org.au) on the NSW north coast, and devising a low-cost housing model that allows people to own their own removable homes on low-cost leased land for as little as $100 a week.

At the moment he has also been asked to help solve a national hacking problem that raised its ugly head in the USA late last year and is becoming a major international fraud and security issue.

Ric is constantly monitoring the big areas of technology, from quantum computing to Artificial Intelligence, robotics and alternative energy systems.

He is known for being politically neutral but is also forthright when it comes to taking a position on technology and it’s importance to Australia.Short-Sighted Savings

Optical fibre was going to cost us a lot of money. Then it was promoted that fibre to the block and copper for the last stretch to the home would save us a lot of money. Ric’s sarcastic reaction was “Well let’s save a lot more money and do nothing!”

Says Ric, “Fibre is such a powerful technology that it is the only way to guarantee long-term improvements over time. Copper will not handle high-resolution real-time video let alone interactive augmented or virtual reality. Sure today these things sound like toys, but very soon, you will be visiting the doctor, travelling to far and fantastic places, spending time with loved ones, all  in real present time and setting from your home.

It is estimated that still, 40% of the fibre laid in the US is dormant because the speed advances of fibre transmission have not outpaced its capacity in over a decade of roll out. Such is the boundless capacity of fibre.

However, the lesson learned from the US is that SOME of the country having fibre won’t work. Everyone needs to know that the person on the other end of a communication can talk to you in full high-resolution interactive video. If not, then fibre just ends up being a way for the movie studios to deliver movies faster.”

As regards the energy situation in Australia, Ric is bullish. Centralised fossil fuel burning power generation is fraught with problems and ultimately solar power and an in-home battery system combined will be cheaper for everyone.

“So even if you are not trying to help stop global warming, it’s a very real prospect that you will pay more for a utility energy system that is going to break down more frequently over time. This will happen as the smart operators and early adopters get their own power independence, and the rest of us are left to deal with an energy system that is becoming less and less valuable to operate and less reliable.”

Continued Ric, “My wife and I suffer from sleep Apnea, so every big storm or wind we are holding our breath that the power will go out… that will never happen if we had our own solar and battery setup.

So while it may be a long time before it makes sense to be totally power independent, the days of utility power dependence are numbered… and in Australia, this is doubly true given our vast transmission distances and complicated city infrastructure design.”

In 2009 Ric returned from living in California’s Silicone Valley.

‘When I first arrived back home from the US I was truly inspired to think that Australia was rolling out fibre for every household. This would deliver an advantage that even the driven capitalism of the US could not match.. why? Because a key to high speed communications, especially fibre is that EVERYONE has it… if you can count on full resolution high definition video conferencing in every home, then you can safely roll out a whole lot of services and capabilities that are too expensive and too much of a question mark otherwise.

“The problem with fibre is that no one will realise its capability until everyone gets it. If one customer has a high latency (i.e. how quickly the data gets to you as against the total amount you can get) copper broadband connection and another has fibre then the connection will only go as fast as the slowest participant… this is the reason why we have been trapped with Skype and FaceTime.

“If everyone has fibre, we could all dial a number, hit a video button on the phone and see each other in glorious full resolution hi definition… suddenly all these photo realistic TVs make sense when your best mate, or your family, or your doctor, or your financial consultant can all appear to you in full lifesize photo realistic high definition video.

“Fibre is not about downloading movies. It’s about breaking the back of the tyranny of distance in Australia and explaining how powerful this is, is like trying to explain what an iPhone is like to someone who only just got used to using a flip phone.”

Adds Ric, “Todays’ toned down NBN is a glorified flip phone next to an iPhone. Yes they are both phones but anyone who has used an iPhone knows what I’m talking about.

Dear Di  (Morrissey) was the first person to get me to look seriously at what was happening with Australia’s NBN. She introduced me to Janelle Saffin who was an MP from Lismore and she got me a face to face with the then ministerial head of NBN, Stephen Conroy. I pleaded with him to revise his pitch to the Australian public so that the NBN would be recognised for its true “killer app” as we call it in the trade… the use or application where the technology is truly indispensable.”

“At the time, the NBN was being spruiked as a jack-of-all-trades, faster-is-better solution. But for most Australian’s that just meant less waiting for a YouTube video to download. Believe me, I have seen the future,” says Ric firmly.

“When I can set up a hi-def monitor and connect with my parents, then my office in Sydney, then my lawyer and then watch a mate play with his new quadracopter all in beautiful hi definition photorealistic video, then that is the day the NBN promise is fulfilled.

“Last mile copper NBN just won’t deliver this. We’ll be stuck, fiddling around with Skype, or trying to get FaceTime to work on our iPhones. It is too slow, especially its initial take up rate called latency.”

“Now here is the kicker. It seems fantastical to say so, but the single biggest limitation on the next step beyond high-resolution video conferencing is also dependant on fibre levels of latency,’ says Ric.

“Virtual reality and Augmented reality. This is real stuff, coming faster than you can imagine. Sitting in a room with your grandmother having a cup of tea together though you’re miles apart, visiting the Louvre or walking around Big Ben as being there in the reality sense, are all coming… but are very much fibre dependant.”

So while having less glitches while watching Netflix and backing up your computer to the Cloud are easier with a copper based NBN, these are not the aspirations of what the NBN was originally promised to be.

Says Ric Richardson sadly, “Australia is way behind the rest of the world with the NBN . When we could have been a leader.”