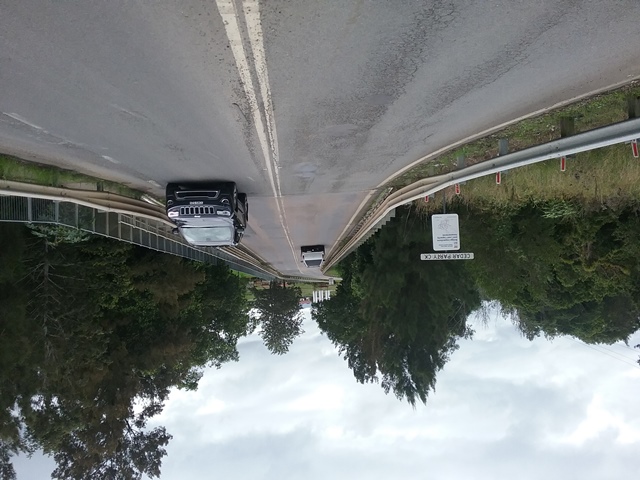 After more than a year of behind doors planning, the Wingham community is finally being told of Council plans for a massive freight bridge at Cedar Party Creek which will knock out the Wingham Swimming Pool, or Chrissy Golan Park. Just two of eight options that will cost twenty million plus or far more.

Over 12 months ago the previous GTCC applied for a grant of approximately $350,000 to draw up plans and options for a new bridge.

But it has been the new MidCoast Council, which has picked up the ball and run with it, leaving the community totally in the dark. Until now, when gossip surfaced about a handpicked Reference Team, behind closed door meetings, and other worrying news about mega roundabouts and a super bridge, and losing the Wingham Swimming Pool.

With mounting leaks and innuendo, including that certain people in the community had been tapped on the shoulder to sit on a special “Reference Group”, the Council has finally sent out a press release, which gave little information other than Council is Planning for the Future, having received $350,000 grant (back in June 2016 mind you) to design plans to upgrade a bridge it claims is past its useby date which will cater to increased freight loads.

Phil Miles, the MidCoast Council’s Manager, Projects and Engineering, told this newspaper they couldn’t issue a press release prior to this until it was approved by the State Government.

And while he admits they didn’t publish or advertise anything about plans for the Cedar Party Bridge, ‘Council talked about it, there was no secret, everybody in the community knew about it, it was out there.’

We spoke to a diverse section of the community, including a radio station and no one had heard of any such plans for upgrading the bridge and losing the swimming pool.

Mr Miles insists a meeting held at the Wingham Golf Club where options for the bridge were discussed, ‘…was open to everybody. People just turned up.’

Hands up those of you who knew about this meeting??

The energetic and confident Mr Miles, admits he is trying something new with his Reference Group.

‘Before we can get the community input we needed to have a lot of information to talk to that, so before we put the information out to the community we decided on something unique, to this Council anyway, and that’s the proposition of putting together a reference group of a cross section of the community to be the test case, the sounding board.’ His enthusiasm for his plan bubbles on.

‘At the moment I’m sorting through everything I’ve got from the meetings with the Reference Group and other bits and pieces to come up with our consultation program. I wouldn’t have thought of half the things the Reference Group has come up with,’ he adds proudly.
Once it has all been analysed and Mr Miles has a program he claims he will bring to the community, if a member of the community asks an inconvenient question, they will have all the answers. No arguments or a pointless discussion as the decisions might have already been made.

Phil Miles was the Engineering Manager at the GTCC when the grant was approved by the State Government 12 months ago.
He says consultants and some of their team have been doing a lot of the background work, along with some local companies and some others in the region.
‘It’s all about freight,’ says Mr Miles. The grant stipulated that to be successful the applicant had to have a plan to build things connected to freight.

‘I’ll ride that wave. So if it has a truck on it, it’s a freight route,’ enthused Phil Miles. ‘We have an existing BDouble route, but this is about utilising an opportunity. This bridge ticks all the boxes related to freight and if anything is affected like a pool, a bowling club or a school, then that’s included to be replaced in the budget.’ (Of course he does not specify what sort of pool. Ed.)’ Freight is going to grow and grow and here’s a chance to replace a bridge whose lifespan might only be five years. I build bridges all the time, big ones, and apart from the disruption while you build it, it’s not that significant. But I understand, this bridge is the gateway to Wingham. We get it. I have to bring the Wingham community on the journey and have a conversation around all the ideas and points.’

Former Councillor Peter Epov, Patron of the Wingham Swimming Pool, comments, ‘As I understand it, the money for the pool is to come from the government program which funds transportation infrastructure, not pools. And that they will apply for one million dollars funding from this program. I don’t believe they will get it and money will have to come from Council’s coffers. A new 50m pool will cost at least ten million dollars, which is unlikely to be granted. For one million dollars we’ll get a rectangular pit of water with a wire fence around it. No staffing for safety and management. Residents would have a key access. I believe the whole idea of the consequences of traffic, commercial and heritage values of this super bridge, are yet to be quantified and will have serious consequences on our town.’

While we, the public, haven’t been privy to any of the exciting ideas put forth from the Reference Group, one member did state to this newspaper that he would like to see a bridge so different and spectacular that it would be a tourism attraction in itself.
Such ideas could send shudders through business people, like real estate agents and guesthouse and B&B owners, and local residents who treasure and see value in the selling of Wingham as a charming tranquil quiet heritage village.

The bridge will require a new approach, and go over the rail line and the 50 year flood level. There are eight variations that the Council is
considering.

Option 1 is Around the Back. (of the existing bridge.) Other options are Rowley Street, Ruth Street, North of the Railway, the Existing Alignment, The Pool Relocation (option number 7 and seemingly the preferred option which will take out the pool and cost approximately $24 million) and variation number eight which is across the floodplain and unlike the other seven options has not been budgeted as it would cost north of 50 million dollars.

Gary Smith, the Manager of the Wingham Pool is morose. ‘They put my name on the Reference Group but I haven’t been to their meetings. I went to the Wingham Advancement Group meeting and they talked about the eight options but never mentioned the pool. But I’ve been told it’ll be replaced somewhere with a 25 metre pool. There goes our Olympic pool. It’s not in bad nick, but it’s lifespan is limited for sure. But they should’ve put it all out there to the community. First I knew was when I went to that WAG meeting and heard about their plans for the  ridge.’

These plans will no doubt be unveiled in a series of “pop up” presentations when the humble residents of Wingham will be permitted to consider the matter in April when the pool is closed (when irate regulars might be swimming elsewhere or doing another sport), and winter is closing in, and the Easter holidays are on us, and oh gosh, residents are told, look the deadline for the plans is upon us. Sorry we didn’t get to hear all your ideas, folks.

So much for community consultation.

This is the arrogance which is infuriating Wingham residents and others. It is also very similar to the tactics used by Transgrid when they
attempted to spin their story that the community needed massive expensive new powerline towers. If Council wants community input and feedback – as they claim! – then have the decency to be up front, and TALK to the community! No matter how the Council spins their Reference Group and bringing all their ideas and answers to thecommunity BEFORE even admitting what they’re doing, they might try treating us all with a bit of respect and stop treating the community as luddites and dills.

This may be only the beginning of the new Council’s plans for the Manning Valley. Our roads are stuffed, the hospital is the worst in NSW, t they could even rename us and swallow us into the yaw of the MidCoast Council. Do not rely on our local media, or what our elected representatives  say – run for council, support good candidates … elections are soon, in September! Get out there, ask hard questions, lobby them. We stand to lose more than just a swimming pool.