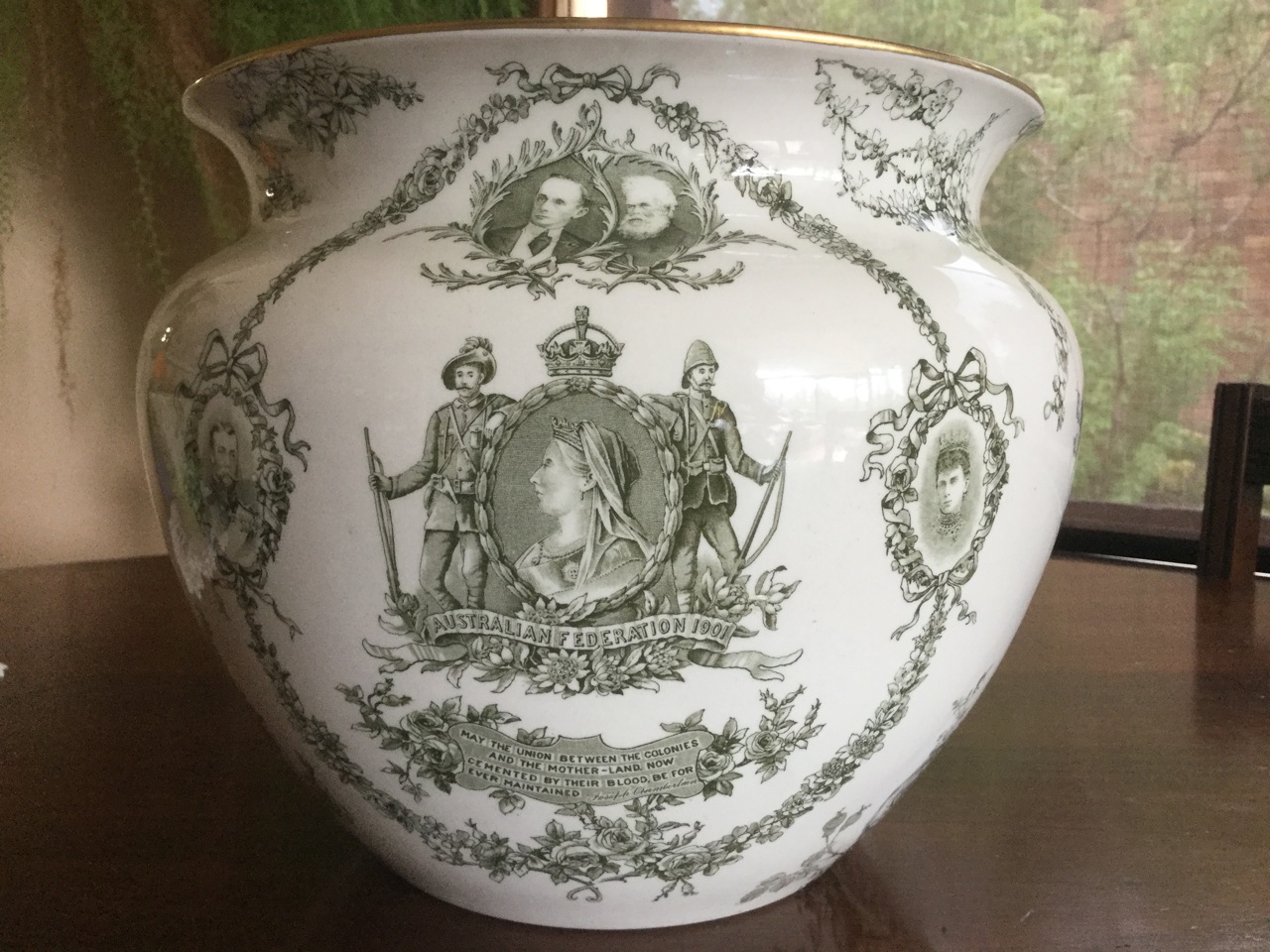 Collect the past and invest in the future, both with an accumulation of knowledge and great items with an history to share.

A new year has started and we have all opened a new book in our lives. Its’ pages are blank. We are going to put words on them with our deeds and actions. This year is the start of new opportunities and gives us the chance at new beginnings. May your 2017 be a fabulous one.

We had a little Granddaughter born on the 30th January, 2017. A wonderful new beginning for our extended family. She is healthy and contented. We are very lucky people to have a close and loving family. This little girl, Georgiana Claire, has all the pages of her book to fill – “Life is wonderful!”

A piece of Australian history was celebrated on the 26th January – Australia Day. In 1788 – Captain Arthur Phillip, commander of the First Fleet of eleven convict ships from Great Britain, and the first Governor of New South Wales, arrived at Sydney Cove on 26 January and raised the Union Jack to signal the beginning of the colony.

Another important day in Australia’s history is Federation, the combining of all the separate colonies to become one nation – Australia. I have been lucky enough to acquire some wonderful pieces, celebrating Federation, through our collecting pathway. This jardiniere (pictured) was purchased in England approximately 20 years ago and holds a pride of place in our collection.

The Federation of the Australian colonies on 1st  January 1901 inspired a range of commemorative wares celebrating both the ‘birth’ of the new nation and the closeness of Australia and Britain. On one side of the Doulton jardiniere is a formal portrait of Queen Victoria. She has a British soldier on one side and an Australian on the other, denoting the agreement by which Britain supplied naval defence for Australia and Australian soldiers promised to defend the Empire. On the reverse is the only Australian figure — Sir Henry Parkes, the ‘father of Federation’ — next to the first governor general, Lord Hopetoun. Parkes is remembered for his instigation of an Australian constitution.

Joseph Chamberlain’s words are written on the jariniere – ‘May the Union Between the Colonies and the Mother-Land now cemented by their blood, be forever maintained’.

The Commonwealth of Australia was inaugurated on 1 January 1901 in a ceremony in Sydney’s Centennial Park. The official signing of the documents followed a parade through the city streets from the Domain, along Macquarie Street and out through Pitt Street to Oxford Street. Fire fighters, police, stockmen, trade unionists, representatives of foreign governments, British Empire troops and Australia’s first governor general, Lord Hopetoun, marched through the lavishly decorated streets watched by a crowd of 250,000.

Ten plaster arches spanned the roadway representing aspects of Australian life. A special pavilion was erected in Centennial Park for the Declaration of the Commonwealth and the swearing in of Lord Hopetoun, the first Prime Minister Edmund Barton and his ministry. The same pen, inkstand and table were used as had been used by Queen Victoria when she signed the Australian Commonwealth (Constitution) Act on 9 July 1900. The Ceremony ended with a massed choir singing God save the Queen and the Hallelujah chorus followed by 10,000 school children singing Advance Australia fair and Rule Britannia.

I love the history that comes with the research of these interesting objects.
I recommend collecting to all. Find the category, or categories, that suits you or take the plunge and collect a wide variety of unique and interesting treasures or limit yourself to one area. It is always fun and something that can be done for the rest of your life.

If you have items you are not sure of, I may be able to help with information, appraisals or sales. I love looking at, and sharing, stories of, old and interesting items. Call Rex – 0427 880 546.