The Future of Fishing 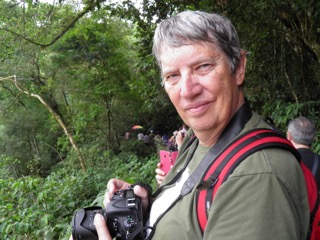 Following our story on recreational and commercial fishermen, Dr David Lloyd, from Southern Cross University, responds about the future of fishing and our seafood industry.

Marine life is important ecologically, economically and socially, but is under threat for a number of reasons. We are losing fish nurseries through the removal of mangroves and sea grass areas. Pollution of rivers and estuaries, through urban and agricultural runoff and acidification and warming of seas, due to increased CO2 emissions, is playing havoc with certain species. Industry managers have only a very small set of tools with which to manage these impacts, and the problem is that those impacted by the solutions may not be the cause of the problem in the first place, but none-the-less will be affected by it

Despite the outcry by some, apart from a green or a scientific voice, the marine protected areas don’t really impact upon recreational fisherman very much. The zoning is designed to separate conflicting user groups; ie, the recreational fishermen from the commercial fisherman and the tourism industry, and to also protect significant habitat sites needed to allow for spawning and growth of juvenile fish.

Certain species of fish will spend different parts of their life cycle in different environments; spawn in mangroves, spend their larval stage in sea grass at the mouth of a river, then swim out to patches of weed, then become pelagic fish for awhile out in the basaltic reef systems. They come back in to coastal areas to spawn, so it is necessary to try to protect different habitats to allow them to develop to an adult phase. Protecting key habitats allows for better fisheries outside the Marine Protected Area.

Catch size is another technique used. Size usually is determined by the age of a fish, and shows when they are ready to reproduce. The aim is to allow them to lay eggs at least once before they are caught, to maintain the resource. The same applies with bag limits, designed to allow people to enjoy fishing, but preventing  overfishing by amateur fishers. The problem is that  less ethical fishers, having exceeded their catch or bag limit will, when they see a fisheries inspector, just chuck (throw?) the fish overboard.

Many countries are now supporting a ‘limited catch access fishery’ for commercial fishers. If restrictions do not exist, then unbridled amateur fishing reduces the incentive to protect fish or crustacean stocks.  It becomes a hunter- gatherer mentality – “if I don’t take it, then   someone else will.  But, if access is restricted  to those who’ve paid a licence (and a managed take for recreational fishers), and those people can then sell their licence, that can become their superannuation. If you’ve paid for that privilege, then it’s in your interest to protect and sustainably harvest fish stocks so they are not ‘knocked out of existence’. The licencing system, (or national marine protected areas)  only functions effectively if fishers are not encouraged to seek alternative marine areas to operate, thus moving the pressure upon fish stocks to a different location.         .

The tragic state of affairs is that most of the estuarine marine environments in NSW are in very poor shape. This is due to acid sulphate soils caused by development and farming where   deep ditches are being excavated, causing the acid layer of the soil being exposed.  Thus, the acid sulphate in the soil oxidises  causing acid  run-off into our river systems. So, if you consider that the eggs of the fish are enclosed in a very thin membrane, the acid destroys them and also causes diseases in   adult fish and larvae,  and the eggs of spawning fish.   In addition, chemical run-off from urban areas and farms (plus increased infrastructure in rural and urban areas) all affect the water quality of significant fish habitat.

The pesticide run-off from farms kills the insects upon which the fish are feeding  and  may possibly kill the fish as well. Also, the concentration of heavy metals is  found now in the food chain. Water becomes muddy and, with no clear water, photosynthesis doesn’t occur.  Silt is settling on top of the sea grass,  the lungs of the sea, and this impacts upon main areas of nutrient exchange and nurseries for the ocean.

A further consideration, in Australia, is that, while we have one of the largest fishing areas in the world, we have one of the lowest fish stocks because we are naturally a nutrient-poor country.  What happens on the land reflects what happens in the sea .  Coastal Japan and Africa where there are really rich seas,  upwellings from deep in the sea  pump nutrients into the system which feeds the marine environment. Our environment has adapted to different nutrient conditions.

Australia imports a large percentage of our seafood, as we don’t have sufficient productivity in our marine environment. A problem with fish farms, like the tuna farms at Port Lincoln, is that   juvenile tuna are put   into cages in the ocean, and are then fed   pilchards harvested from all around the world. In so doing ,  diseases may be introduced into our ocean, and this might replicate   what killed huge numbers of small bait fish in the southern waters, on a previous occurrence.  Atlantic salmon farms keep the growing fish in a confined space where they are fed antibiotics to prevent disease. In addition, they are given chemicals to give their flesh ‘that’ nice pink colour. That’s just a fact of life for fish farming, and standards of farming vary.     As to the seafood production  that comes out of some areas in South East Asia, the less said the better.  The seafood  not only contains   antibiotics, but  also many other additives , as  the systems, in these areas are not well managed in terms of hygiene and purity of product.

Even if there’s just a little bit of mercury in the water, by the time it has gone up the chain to a second or third or fourth predator, like a mackeral or a tuna or a shark, the chemicals are going to be concentrated   many times. For this reason, it is considered that Flake, over a certain size, is not safe to consume.

Preserving What We Have

As to how we preserve and try to maintain what we have, it’s a difficult procedure.  We have a paradox at the moment where our health requirements are saying that we should eat more seafood, but it is becoming harder to supply affordable clean Australian seafood.

The industry became somewhat compromised when it introduced the production of cat food. A lot of  seafood farms are  just factories farming fish for cat food, fish meal, and a whole lot of other bi-products.

Australia has a fairly well managed fisheries department, and Aussie fishermen are not the cause of the  problem.

The problem is the destruction of the habitat in which fish survive, and the need to provide seafood supplies from other resources.

Fifty years ago, the harvesting of  the Pategonian Toothfish, in the southern oceans,  would not have been considered. It has now become acceptable, due to shortages of more palatable species. (Orange Roughy doesn’t become female till it’s 80 years old, so we’re eating grandmothers)!

The WA lobster industry is a sustainably managed fishery because it can be predicted in advance what the limits will be.

Recreational  fishing is not a big problem if you’re talking about the 80 percent of fishermen taking 20 percent of the catch. People who catch and release, and don’t exceed limits, and people like me, who might throw a line in once a year, don’t devastate the environment.

The social benefit is also significant. Fishing is the only sport in which three generations of males can play together, which is important, because a lot of our social structures, which allow males to interact, are gone.

Surveys regarding indigenous fishing in NSW showed that, unlike European fishermen where it’s predominantly a male pursuit, in indigenous communities it’s an activity in which whole families and communities can participate together. The women are involved in collecting and fishing and, at the same time, they are   interacting and socialising, while getting protein for a community that really needs it.

If this is the case for Australian seafood, what is the future for our other food industries? Meat, dairy, fruit, grains? Are we to be at the bottom of the food chain where we are paying exorbitant prices for the dregs after the exports have gone overseas,  to enhance the bottom line of overseas companies, and those not Aussie owned?

One can’t help but fret that, in this selfish Trump and Turnbull era of pandering to the elites and corporations with scant concern for our own,  that we should tell Premier Baird and also the Nationals to stop selling off  land to mining corporations, flogging beautiful heritage buildings for ugly apartments and rich men’s hotels, selling utilities and minerals as well as our food to those who can pay far more than the average Australian can afford. Bring back the quarter acre block so we can grow some veggies and fruit, run a few chooks, and care for ourselves, as our government doesn’t seem to want to look after us.